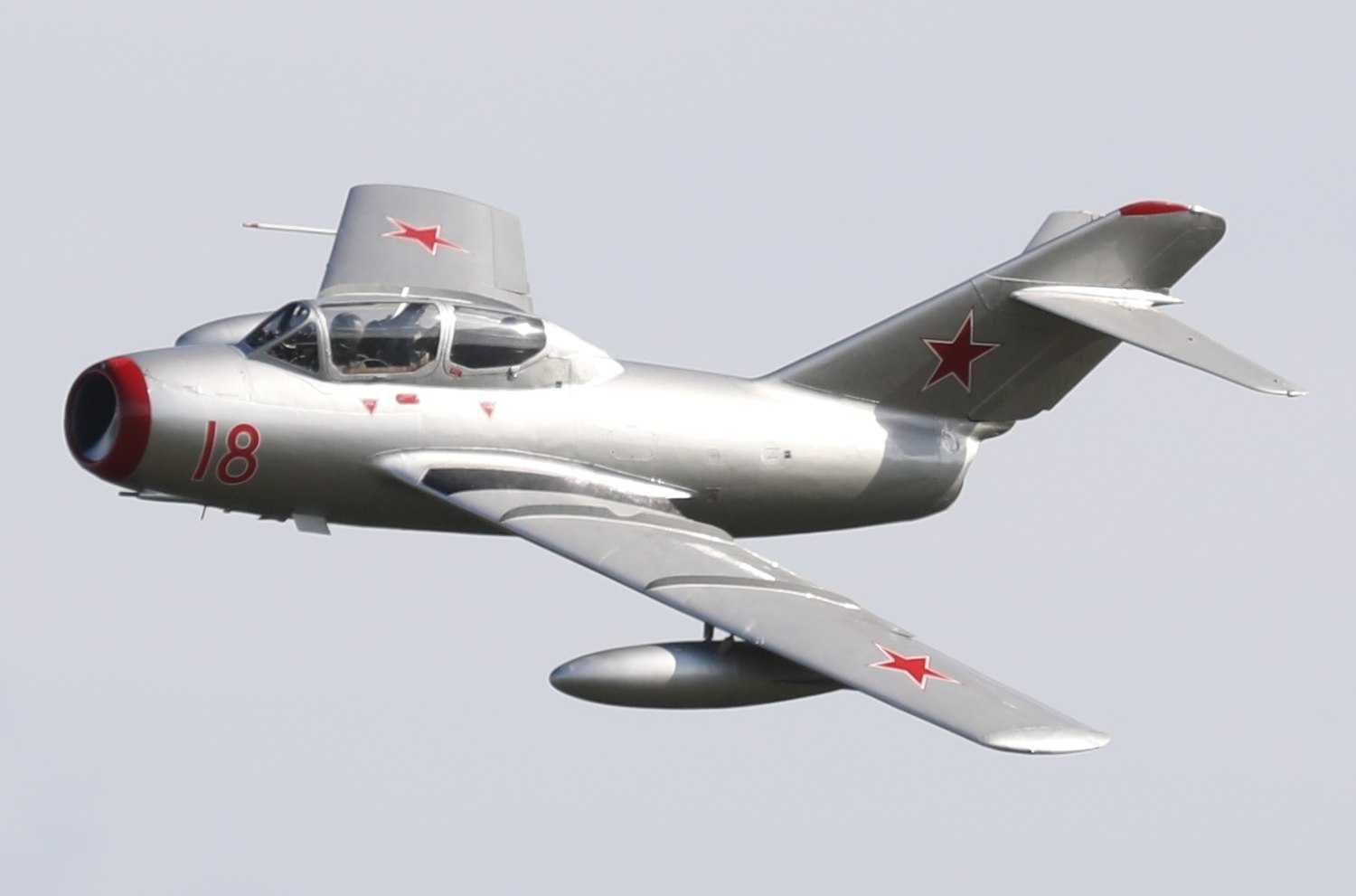 The Mikoyan-Gurevich MiG-15 (Russian: Микоя́н и Гуре́вич МиГ-15; USAF/DoD designation: Type 14; NATO reporting name: Fagot) is a jet fighter aircraft developed by Mikoyan-Gurevich for the Soviet Union. The MiG-15 was one of the first successful jet fighters to incorporate swept wings to achieve high transonic speeds. In aerial combat during the Korean War, it outclassed straight-winged jet day fighters, which were largely relegated to ground-attack roles. In response to the MiG-15's appearance and in order to counter it, the United States Air Force rushed the North American F-86 Sabre to Korea.[1]

When refined into the more advanced MiG-17, the basic design would again surprise the West when it proved effective against supersonic fighters such as the Republic F-105 Thunderchief and McDonnell Douglas F-4 Phantom II in the Vietnam War of the 1960s.

The MiG-15 is believed to have been one of the most produced jet aircraft with more than 13,000 manufactured.[2] The MiG-15 remains in service with the Korean People's Army Air Force as an advanced trainer.