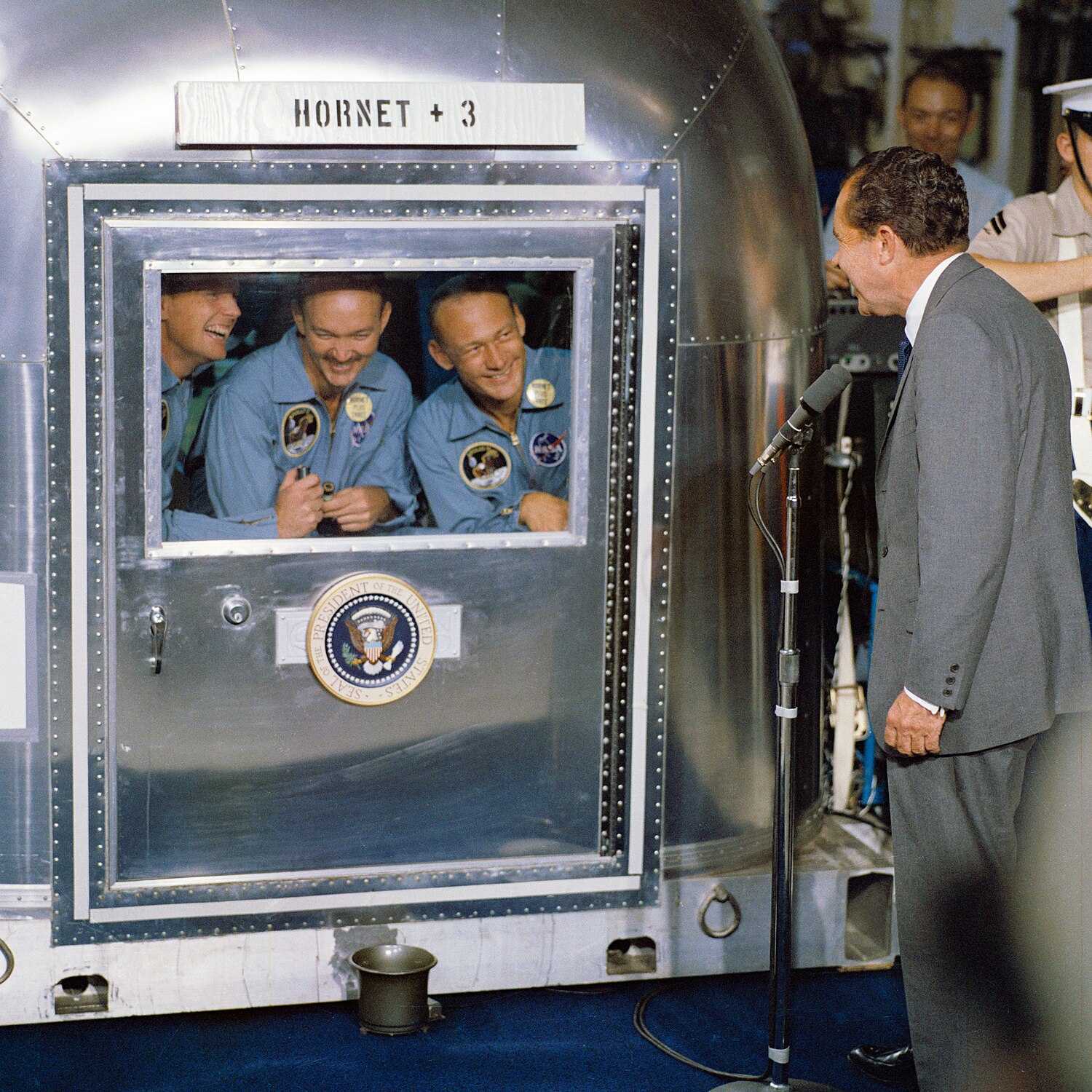 The mobile quarantine facility (MQF) was a converted Airstream trailer used by NASA to quarantine astronauts returning from Apollo lunar missions for the first few days after splashdown. The MQF was on the aircraft carrier that picked up the capsule. Once the aircraft carrier reached port, the MQF was flown to Houston, and the crew served the remainder of the 21 days of quarantine in the Lunar Receiving Laboratory at the Manned Spacecraft Center. The purpose of the quarantine was to prevent the spread of any contagions from the Moon, though the existence of such contagions was considered unlikely. It functioned by maintaining a lower pressure inside and filtering any air vented.[1]