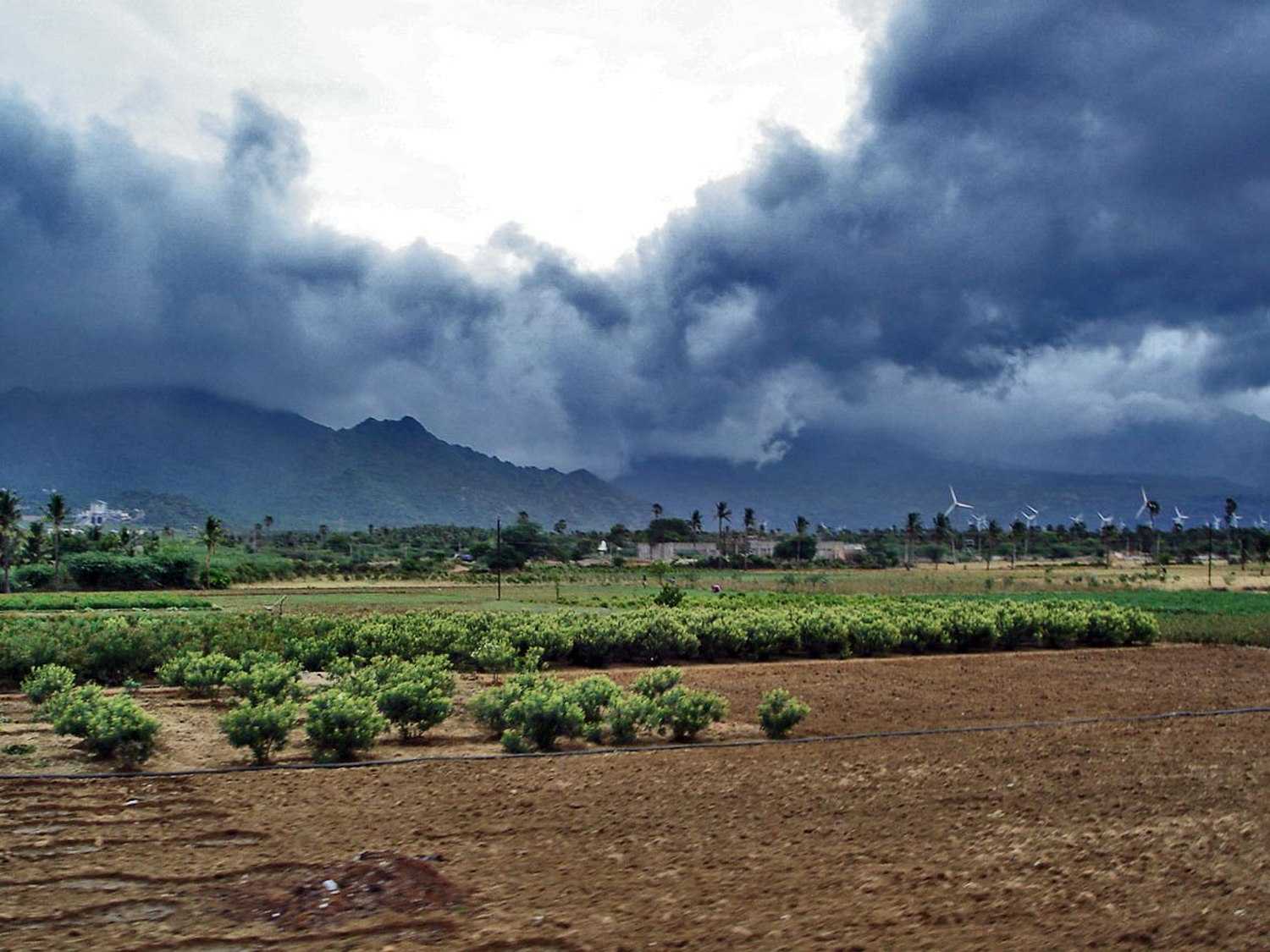 A monsoon (/mɒnˈsuːn/) is traditionally a seasonal reversing wind accompanied by corresponding changes in precipitation[1] but is now used to describe seasonal changes in atmospheric circulation and precipitation associated with annual latitudinal oscillation of the Intertropical Convergence Zone (ITCZ) between its limits to the north and south of the equator. Usually, the term monsoon is used to refer to the rainy phase of a seasonally changing pattern, although technically there is also a dry phase. The term is also sometimes used to describe locally heavy but short-term rains.[2][3]

The major monsoon systems of the world consist of the West African, Asia–Australian, the North American, and South American monsoons.

The term was first used in English in British India and neighboring countries to refer to the big seasonal winds blowing from the Bay of Bengal and Arabian Sea in the southwest bringing heavy rainfall to the area.[4][5]