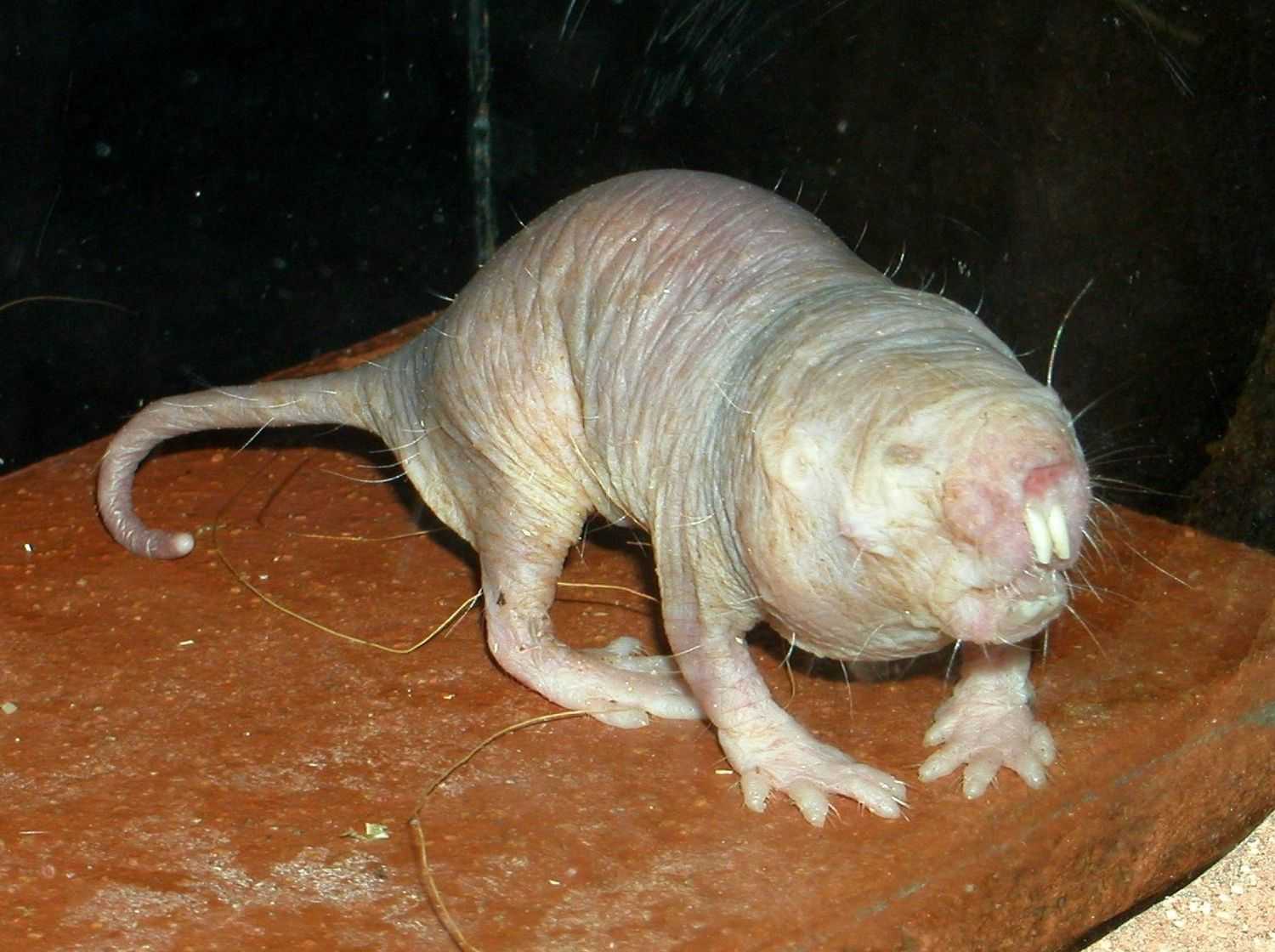 The naked mole-rat (Heterocephalus glaber), also known as the sand puppy,[4] is a burrowing rodent native to the Horn of Africa and parts of Kenya, notably in Somali regions. It is closely related to the blesmols and is the only species in the genus Heterocephalus.[5]

Burrowing rodent; one of only two known eusocial rodents

The naked mole-rat exhibits a highly unusual set of physiological and behavioral traits that allow it to thrive in a harsh underground environment; most notably its being the only mammalian thermoconformer with an almost entirely ectothermic (cold-blooded) form of body temperature regulation,[6] as well as exhibiting a complex social structure split between reproductive and non-reproductive castes, making it and the closely-related Damaraland mole-rat (Fukomys damarensis) the only widely recognized examples of eusociality (the highest classification of sociality) in mammals.[7][8] The naked mole-rat lacks pain sensitivity in its skin, and has very low metabolic and respiratory rates. It is also remarkable for its longevity and its resistance to cancer and oxygen deprivation.

While formerly considered to belong to the same family as other African mole-rats, Bathyergidae, more recent investigation places it in a separate family, Heterocephalidae.[9][10][11]