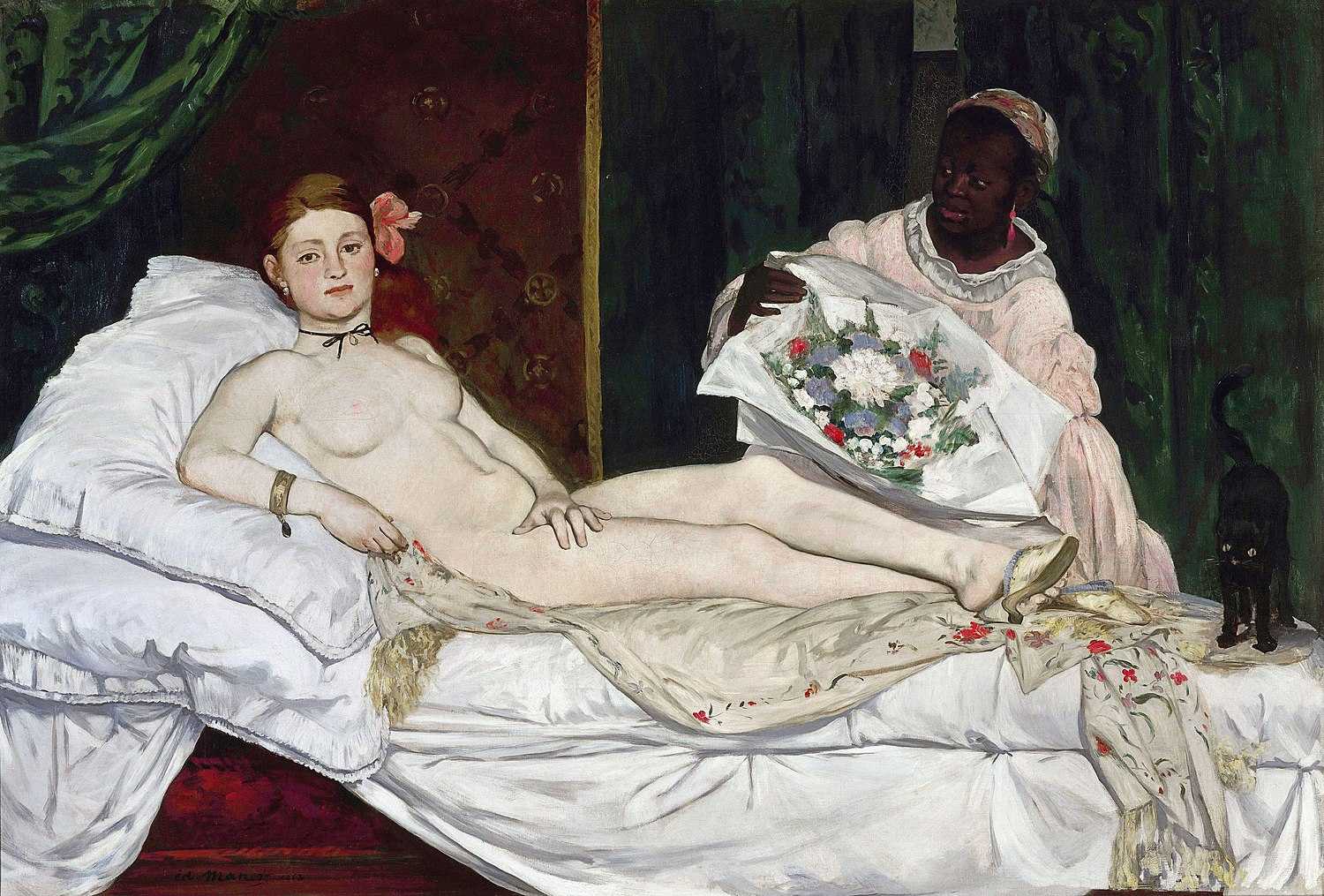 Olympia is a painting by Édouard Manet, first exhibited at the 1865 Paris Salon, which shows a nude woman ("Olympia") lying on a bed being brought flowers by a servant. Olympia was modelled by Victorine Meurent and Olympia's servant by the art model Laure. Olympia's confrontational gaze caused shock and astonishment when the painting was first exhibited because a number of details in the picture identified her as a prostitute. The French government acquired the painting in 1890 after a public subscription organized by Claude Monet. The painting is on display at the Musée d'Orsay, Paris.