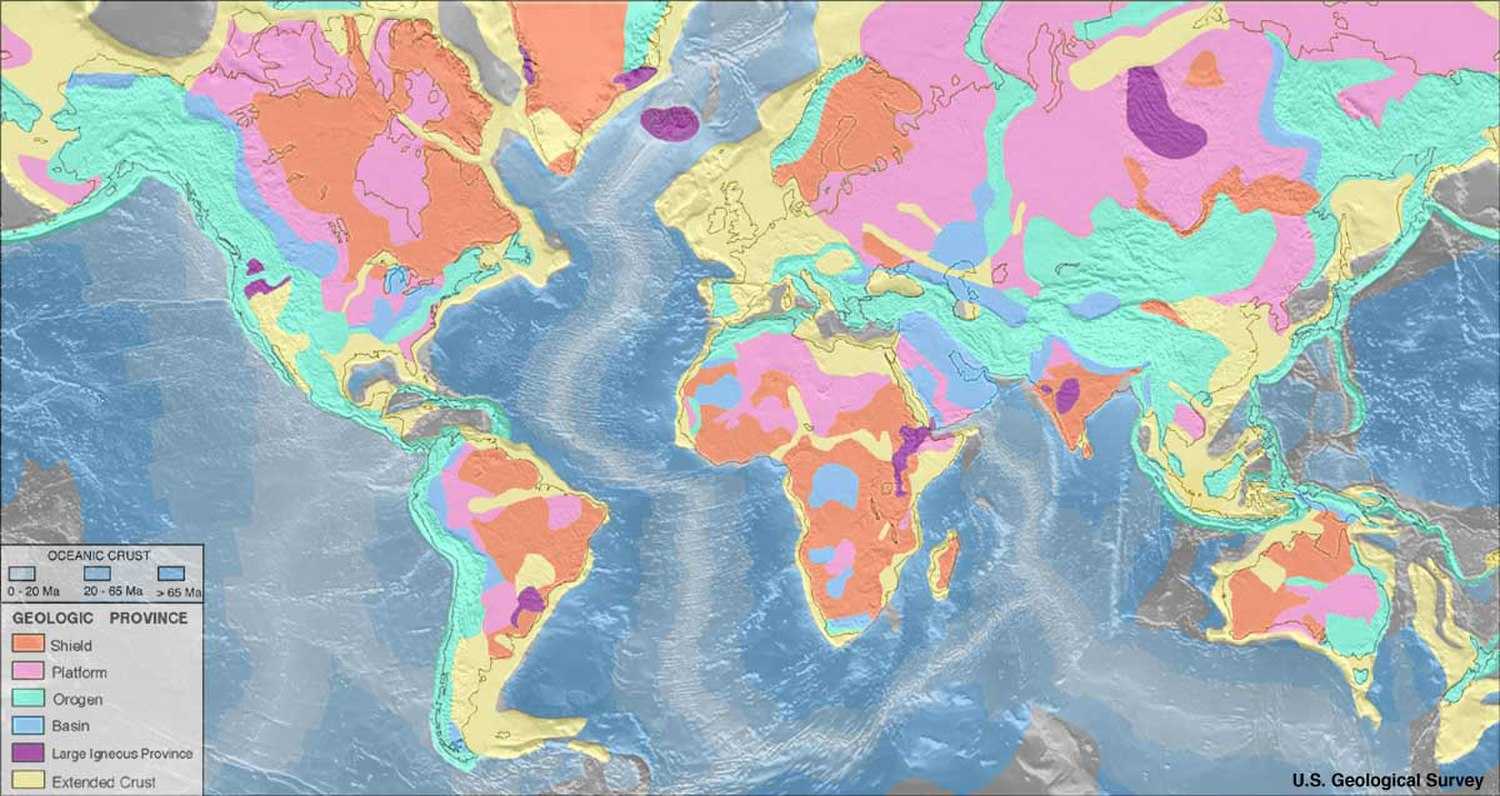 Orogeny is the primary mechanism by which mountains are formed on continents[citation needed]. An orogeny is an event that takes place at a convergent plate margin when plate motion compresses the margin. An orogenic belt or orogen develops as the compressed plate crumples and is uplifted to form one or more mountain ranges. This involves a series of geological processes collectively called orogenesis. These include both structural deformation of existing continental crust and the creation of new continental crust through volcanism. Magma rising in the orogen carries less dense material upwards while leaving more dense material behind, resulting in compositional differentiation of Earth's lithosphere (crust and uppermost mantle).[1][2] A synorogenic process or event is one that occurs during an orogeny.[3]

The formation of mountain ranges

The word "orogeny" (/ɒˈrɒdʒəni/) comes from Ancient Greek (ὄρος, óros, lit. ''mountain'' + γένεσις, génesis, lit. ''creation, origin'').[4] Although it was used before him, the term was employed by the American geologist G. K. Gilbert in 1890 to describe the process of mountain-building as distinguished from epeirogeny.[5]