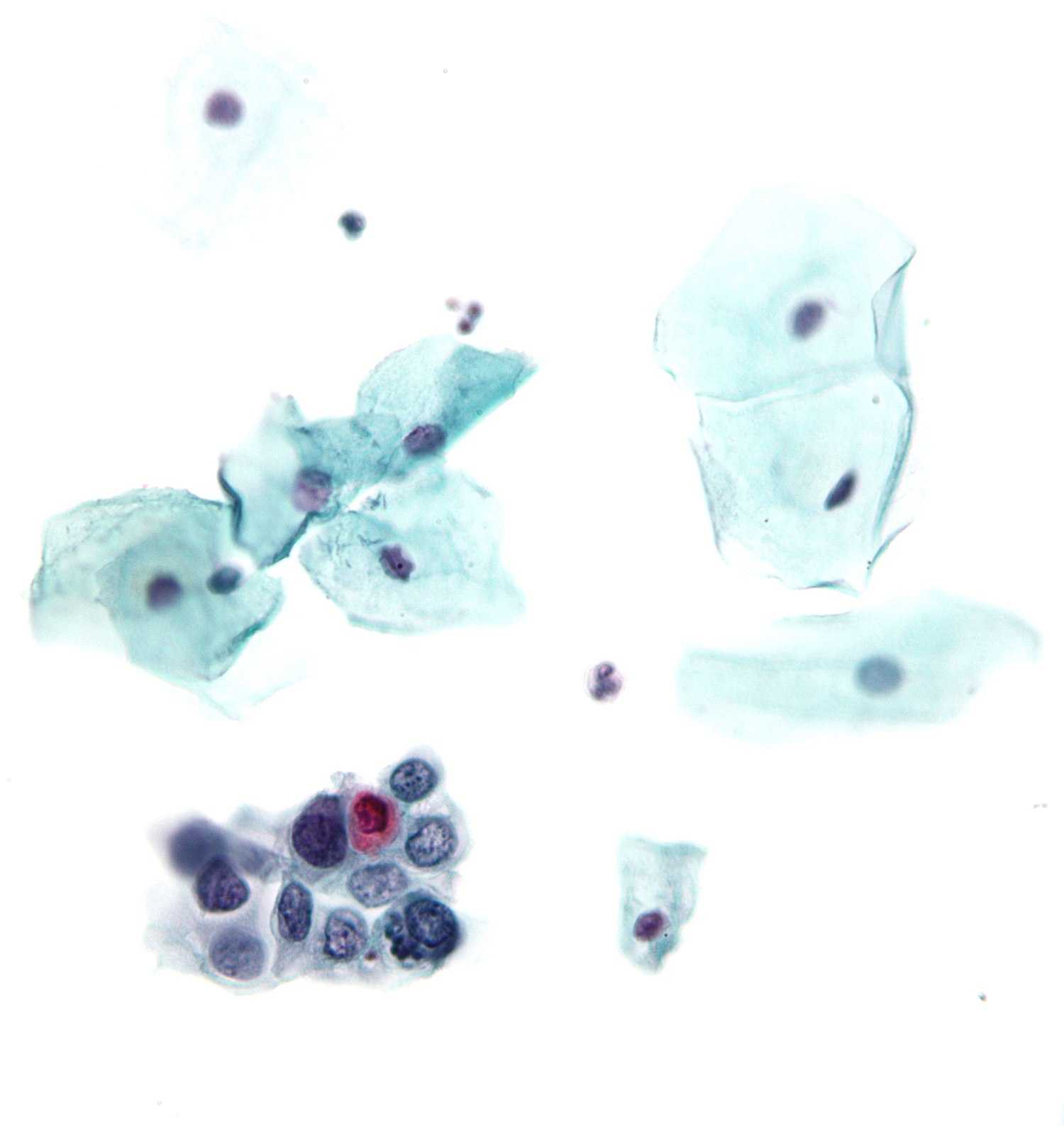 The Papanicolaou test (abbreviated as Pap test, also known as Pap smear (AE),[1] cervical smear (BE), cervical screening (BE),[2] or smear test (BE)) is a method of cervical screening used to detect potentially precancerous and cancerous processes in the cervix (opening of the uterus or womb) or colon (in both men and women). Abnormal findings are often followed up by more sensitive diagnostic procedures and, if warranted, interventions that aim to prevent progression to cervical cancer. The test was independently invented in the 1920s by the Greek physician Georgios Papanikolaou and named after him. A simplified version of the test was introduced by the Canadian obstetrician Anna Marion Hilliard in 1957.

A Pap smear is performed by opening the vagina with a speculum and collecting cells at the outer opening of the cervix at the transformation zone (where the outer squamous cervical cells meet the inner glandular endocervical cells), using an Ayre spatula or a cytobrush. A similar method is used to collect cells in anus of both women and men.[3] The collected cells are examined under a microscope to look for abnormalities. The test aims to detect potentially precancerous changes (called cervical intraepithelial neoplasia (CIN) or cervical dysplasia; the squamous intraepithelial lesion system (SIL) is also used to describe abnormalities) caused by human papillomavirus, a sexually transmitted DNA virus. The test remains an effective, widely used method for early detection of precancer and cervical cancer. While the test may also detect infections and abnormalities in the endocervix and endometrium, it is not designed to do so.

In the United States, Pap smear screening is recommended starting around 21 years of age until the age of 65.[4] Guidelines on frequency vary from every three to five years.[4][5][6] If results are abnormal, and depending on the nature of the abnormality, the test may need to be repeated in six to twelve months.[7] If the abnormality requires closer scrutiny, the patient may be referred for detailed inspection of the cervix by colposcopy, which magnifies the view of the cervix, vagina and vulva surfaces. The person may also be referred for HPV DNA testing, which can serve as an adjunct to Pap testing. Additional biomarkers that may be applied as ancillary tests with the Pap test are evolving.[8]