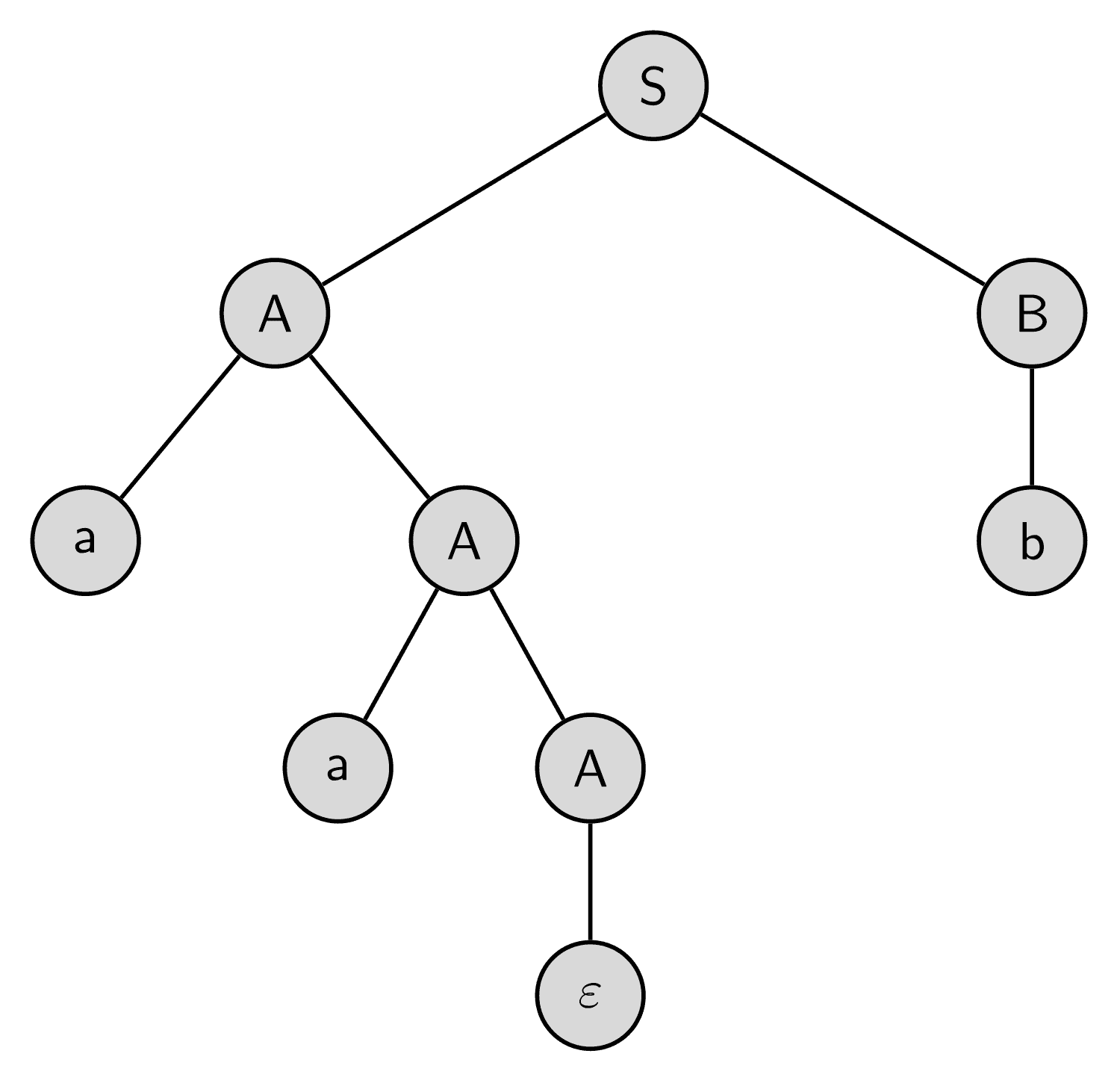 A parse tree or parsing tree[1] or derivation tree or concrete syntax tree is an ordered, rooted tree that represents the syntactic structure of a string according to some context-free grammar. The term parse tree itself is used primarily in computational linguistics; in theoretical syntax, the term syntax tree is more common.

Concrete syntax trees reflect the syntax of the input language, making them distinct from the abstract syntax trees used in computer programming. Unlike Reed-Kellogg sentence diagrams used for teaching grammar, parse trees do not use distinct symbol shapes for different types of constituents.

Parse trees are usually constructed based on either the constituency relation of constituency grammars (phrase structure grammars) or the dependency relation of dependency grammars. Parse trees may be generated for sentences in natural languages (see natural language processing), as well as during processing of computer languages, such as programming languages.

A related concept is that of phrase marker or P-marker, as used in transformational generative grammar. A phrase marker is a linguistic expression marked as to its phrase structure. This may be presented in the form of a tree, or as a bracketed expression. Phrase markers are generated by applying phrase structure rules, and themselves are subject to further transformational rules.[2] A set of possible parse trees for a syntactically ambiguous sentence is called a "parse forest."[3]