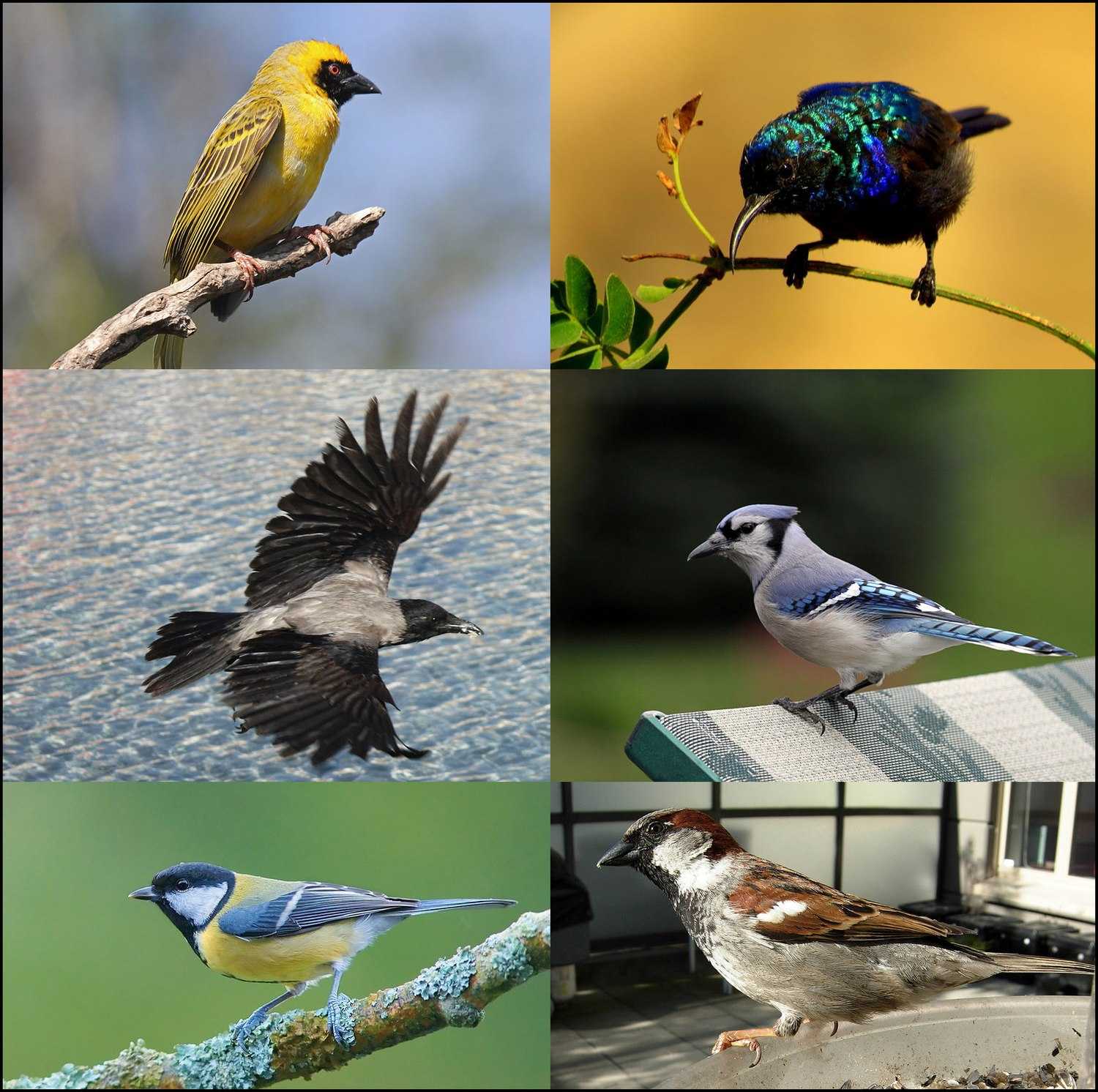 A passerine (/ˈpæsəraɪn/) is any bird of the order Passeriformes (/ˈpæsərɪfɔːrmiːz/; from Latin passer 'sparrow' and formis '-shaped'), which includes more than half of all bird species. Sometimes known as perching birds, passerines are distinguished from other orders of birds by the arrangement of their toes (three pointing forward and one back), which facilitates perching.

Any bird of the order Passeriformes, sometimes known as perching birds

With more than 140 families and some 6,500 identified species,[1] Passeriformes is the largest clade of birds and among the most diverse clades of terrestrial vertebrates, representing 60% of birds.[2][3] Passerines are divided into three clades: Acanthisitti (New Zealand wrens), Tyranni (suboscines), and Passeri (oscines or songbirds).[4][5] The passerines contain several groups of brood parasites such as the viduas, cuckoo-finches, and the cowbirds. Most passerines are omnivorous, while the shrikes are carnivorous.

The terms "passerine" and "Passeriformes" are derived from the scientific name of the house sparrow, Passer domesticus, and ultimately from the Latin term passer, which refers to sparrows and similar small birds.