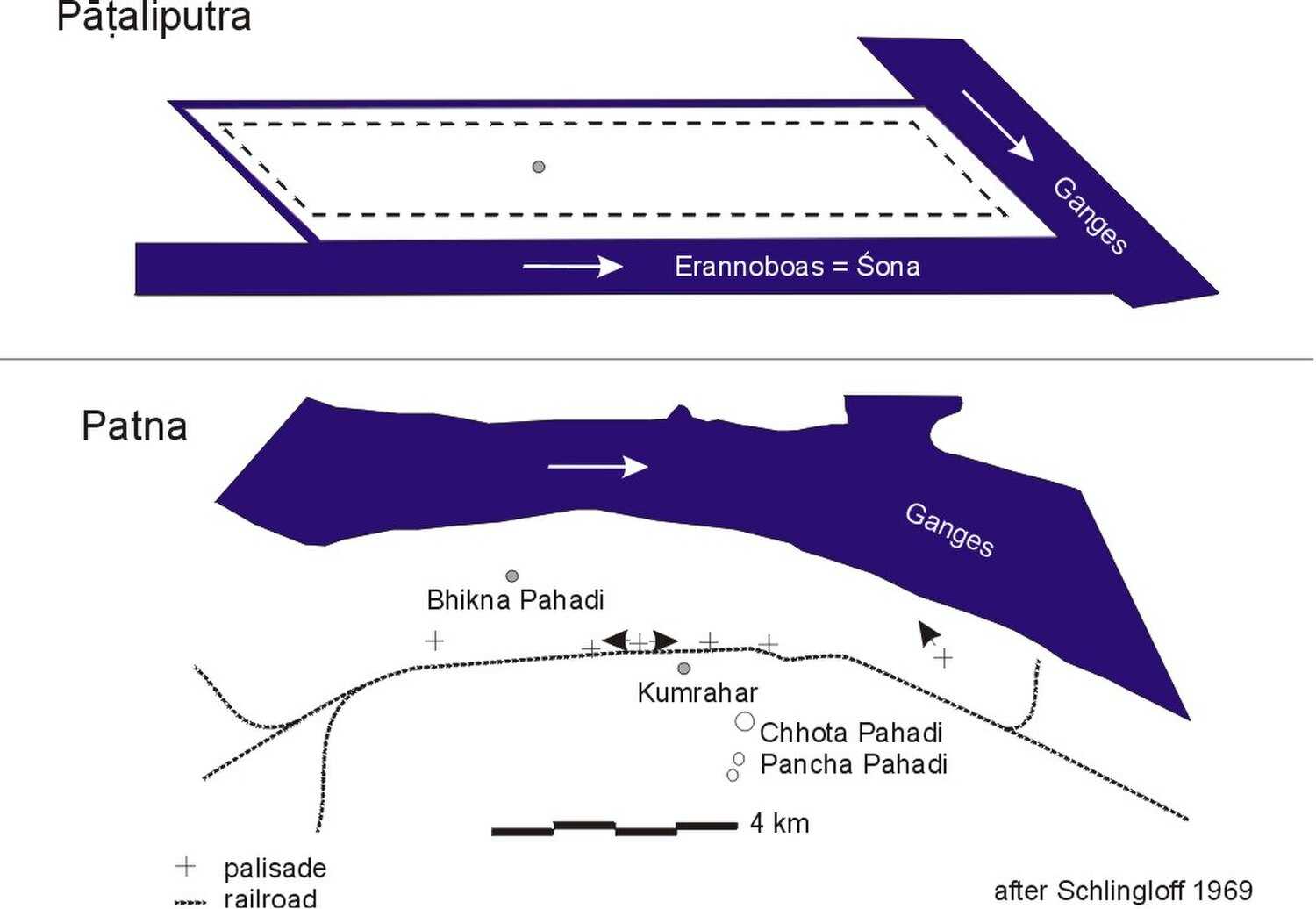 Pataliputra (IAST: Pāṭaliputra), adjacent to modern-day Patna, was a city in ancient India, originally built by Magadha ruler Ajatashatru in 490 BCE as a small fort (Pāṭaligrāma) near the Ganges river.[1] Udayin laid the foundation of the city of Pataliputra at the confluence of two rivers, the Son and the Ganges. He shifted his capital from Rajgriha to Patliputra due to the latter's central location in the empire.[citation needed]

The location of the site was first identified in modern times in 1892 by Laurence Waddell, published as Discovery Of The Exact Site Of Asoka's Classic Capital.[4] Extensive archaeological excavations have been made in the vicinity of modern Patna.[5][6] Excavations early in the 20th century around Patna revealed clear evidence of large fortification walls, including reinforcing wooden trusses.[7][8]