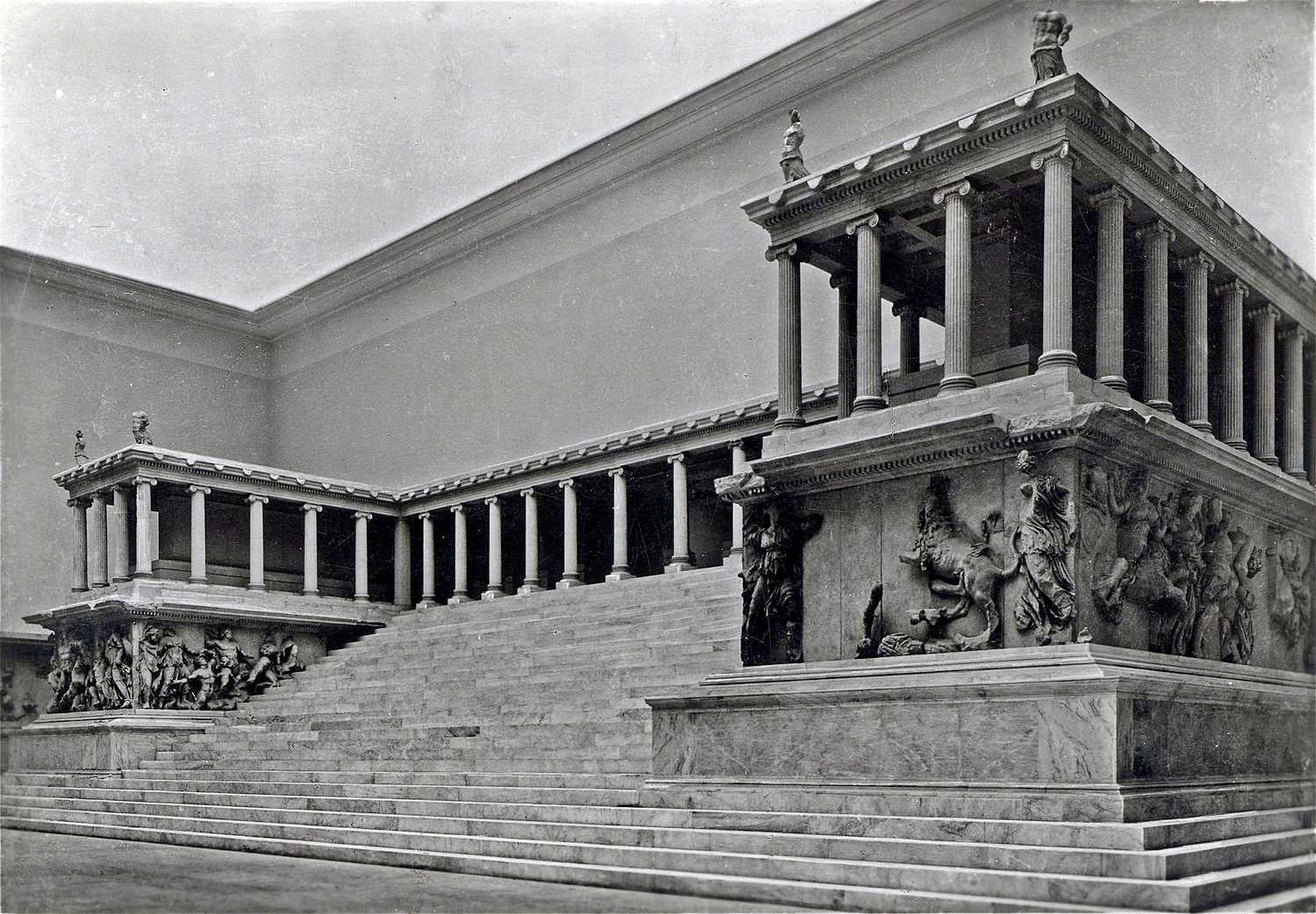 The Pergamon Altar (Ancient Greek: Βωμός τῆς Περγάμου) was a monumental construction built during the reign of the Ancient Greek King Eumenes II in the first half of the 2nd century BC on one of the terraces of the acropolis of Pergamon in Asia Minor.

The structure was 35.64 metres (116' 31/32") wide and 33.4 metres (109' 6 5/8") deep; the front stairway alone was almost 20 metres (65' 11/16") wide. The base was decorated with a frieze in high relief showing the battle between the Giants and the Olympian gods known as the Gigantomachy. There was a second, smaller and less well-preserved high relief frieze on the inner court walls which surrounded the actual fire altar on the upper level of the structure at the top of the stairs. In a set of consecutive scenes, it depicts events from the life of Telephus, legendary founder of the city of Pergamon and son of the hero Heracles and Auge, one of Tegean king Aleus's daughters.

In 1878, the German engineer Carl Humann started official excavations on the acropolis of Pergamon, an effort that lasted until 1886. The relief panels from the Pergamon Altar were subsequently transferred to Berlin, where they were placed on display in the Pergamon Museum.