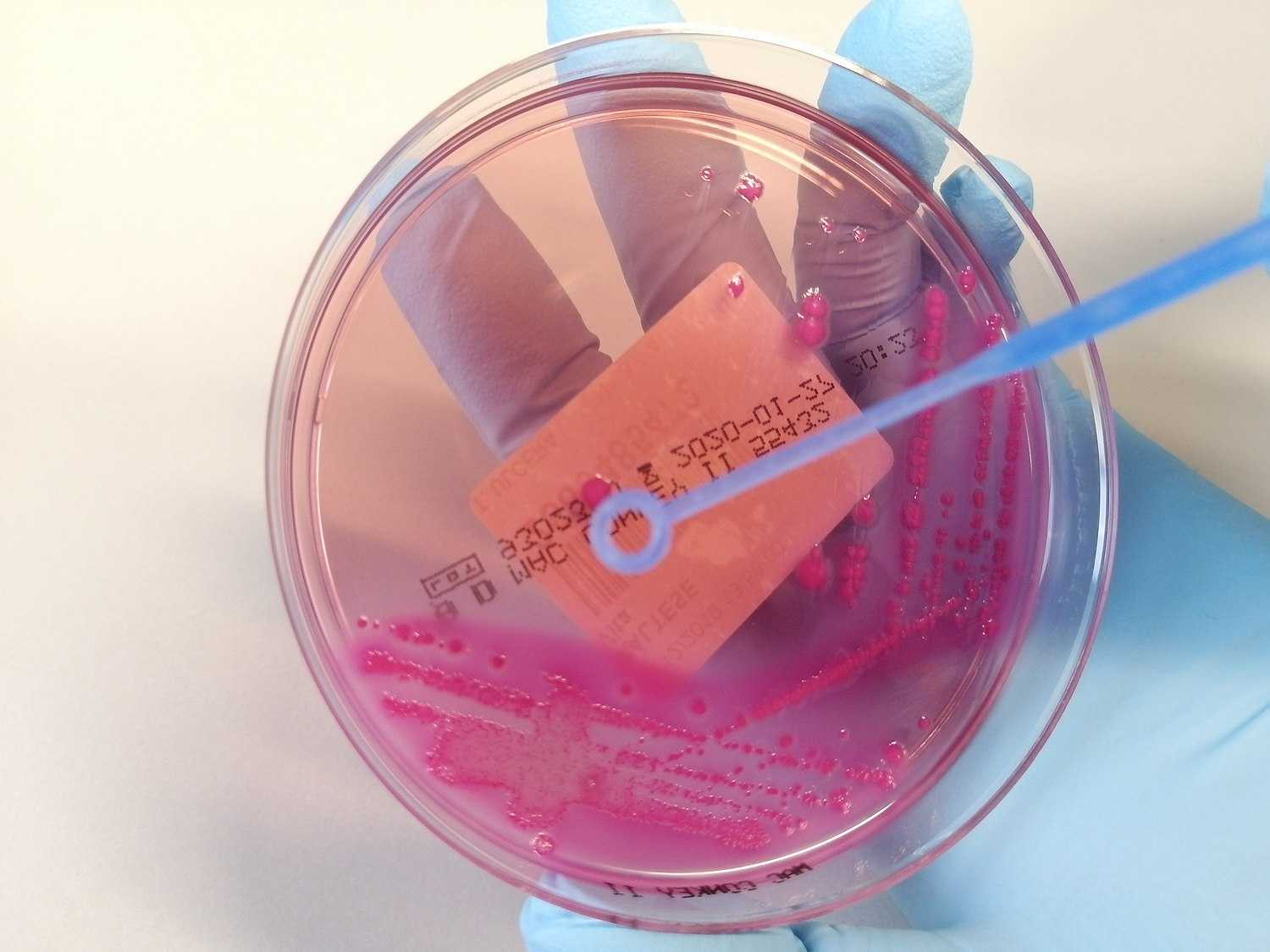 A Petri dish (alternatively known as a Petri plate or cell-culture dish) is a shallow transparent lidded dish that biologists use to hold growth medium in which cells can be cultured,[1][2] originally, cells of bacteria, fungi and small mosses.[3] The container is named after its inventor, German bacteriologist Julius Richard Petri.[4][5][6] It is the most common type of culture plate. The Petri dish is one of the most common items in biology laboratories and has entered popular culture. The term is sometimes written in lower case, especially in non-technical literature.[7][8]

What was later called Petri dish was originally developed by German physician Robert Koch in his private laboratory in 1881, as a precursor method. Petri, as assistant to Koch, at Berlin University made the final modifications in 1887 as used today.

Penicillin, the first antibiotic, was discovered in 1929 when Alexander Fleming noticed that mold that had contaminated a bacterial culture in a Petri dish had killed the bacteria all around it.