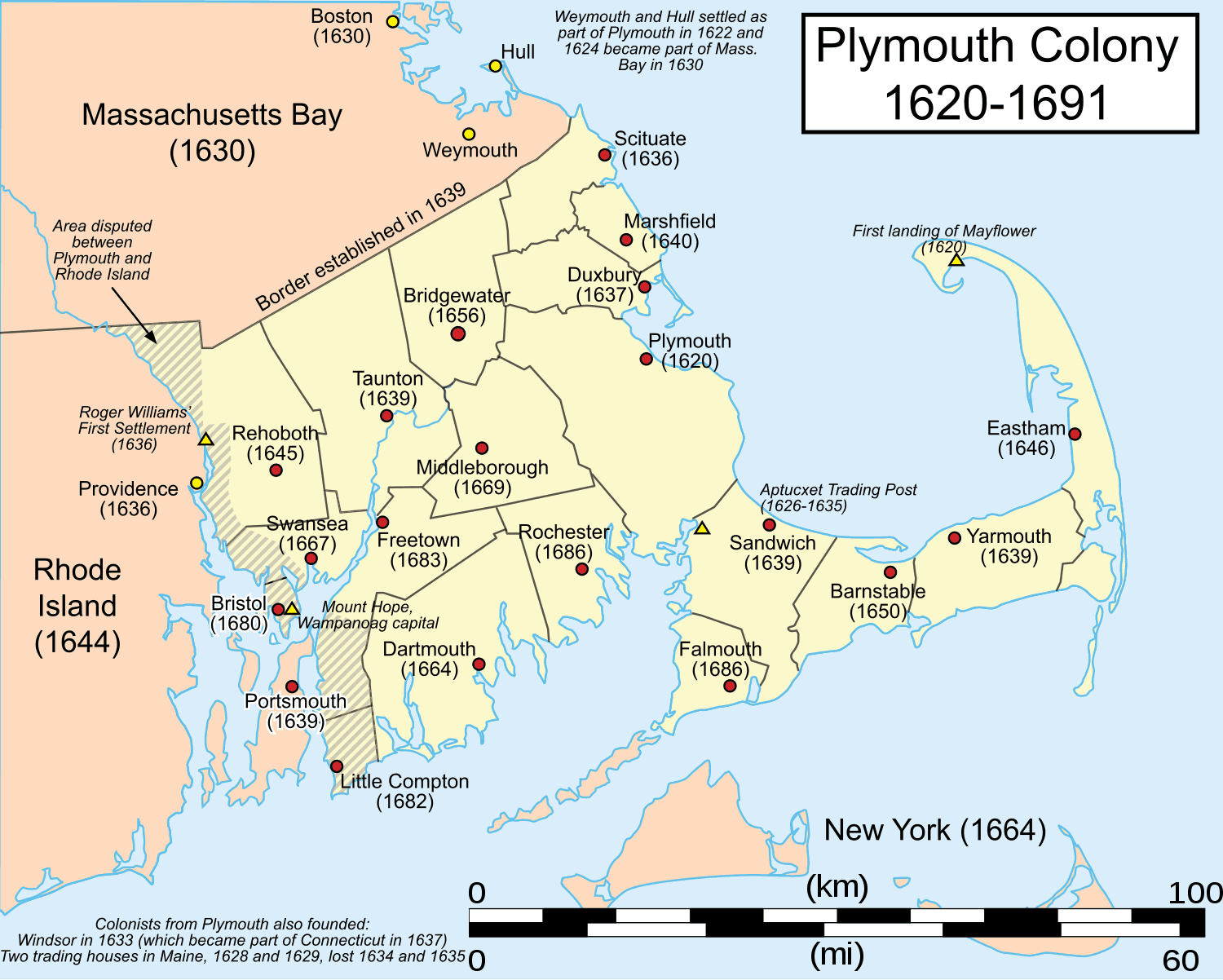 Plymouth Colony (sometimes Plimouth) was, from 1620 to 1691, the first permanent English colony in New England and the second permanent English colony in North America, after the Jamestown Colony. It was first settled by the passengers on the Mayflower, at a location that had previously been surveyed and named by Captain John Smith. The settlement served as the capital of the colony and developed as the town of Plymouth, Massachusetts. At its height, Plymouth Colony occupied most of the southeastern portion of Massachusetts. Many of the people and events surrounding Plymouth Colony have become part of American folklore, including the American tradition of Thanksgiving and the monument of Plymouth Rock.[1]: 2

Plymouth Colony was founded by a group of Puritan Separatists initially known as the Brownist Emigration, who came to be known as the Pilgrims. It was the second successful colony to be founded by the English in the United States after Jamestown in Virginia, and it was the first permanent English settlement in the New England region. The colony established a treaty with Wampanoag Chief Massasoit which helped to ensure its success; in this, they were aided by Squanto, a member of the Patuxet tribe. Plymouth played a central role in King Philip's War (1675–1678), one of several Indian Wars, but the colony was ultimately merged with the Massachusetts Bay Colony and other territories in 1691 to form the Province of Massachusetts Bay.

Despite the colony's relatively short existence, Plymouth holds a special role in American history. Most of the citizens of Plymouth were fleeing religious persecution and searching for a place to worship as they saw fit, while wanting the groups around them to adhere to their beliefs, rather than being entrepreneurs like many of the settlers of Jamestown in Virginia. The social and legal systems of the colony became closely tied to their religious beliefs, as well as to English custom.[1]: 2