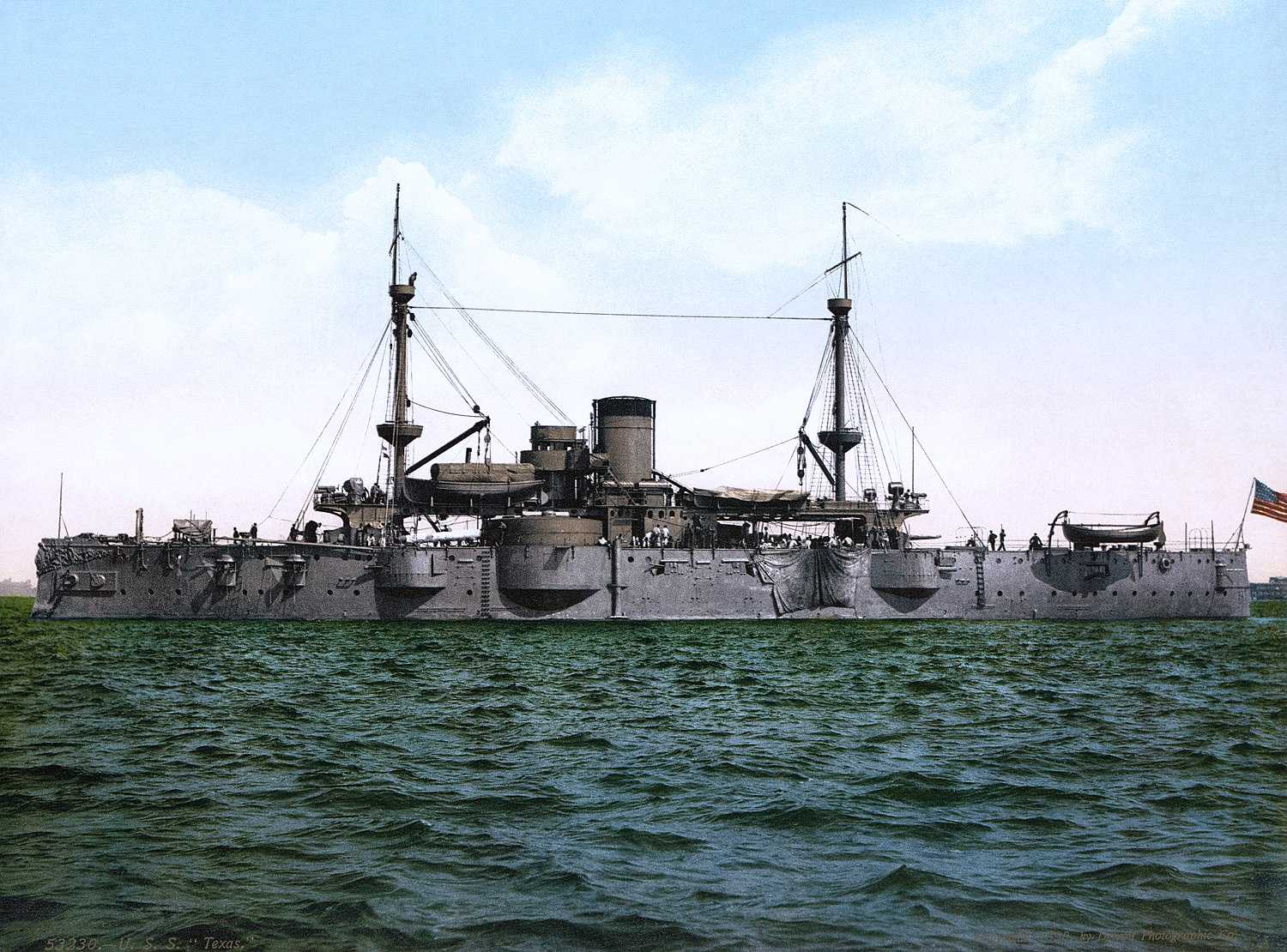 In contrast to the multifarious development of ironclad warships in preceding decades, the 1890s saw navies worldwide start to build battleships to a common design as dozens of ships essentially followed the design of the Royal Navy's Majestic class.[2] The similarity in appearance of battleships in the 1890s was underlined by the increasing number of ships being built. New naval powers such as Germany, Japan, the United States, and to a lesser extent Italy and Austria-Hungary, began to establish themselves with fleets of pre-dreadnoughts. Meanwhile, the battleship fleets of the United Kingdom, France, and Russia expanded to meet these new threats. The last decisive clash of pre-dreadnought fleets was between the Imperial Japanese Navy and the Imperial Russian Navy at the Battle of Tsushima on 27 May 1905.[3]

These battleships were abruptly made obsolete by the arrival of HMS Dreadnought in 1906. Dreadnought followed the trend in battleship design to heavier, longer-ranged guns by adopting an "all-big-gun" armament scheme of ten 12-inch guns. Her innovative steam turbine engines also made her faster.[4] The existing pre-dreadnoughts were decisively outclassed, and new and more powerful battleships were from then on known as dreadnoughts. At the same time, the ships that had been laid down before were designated pre-dreadnoughts.