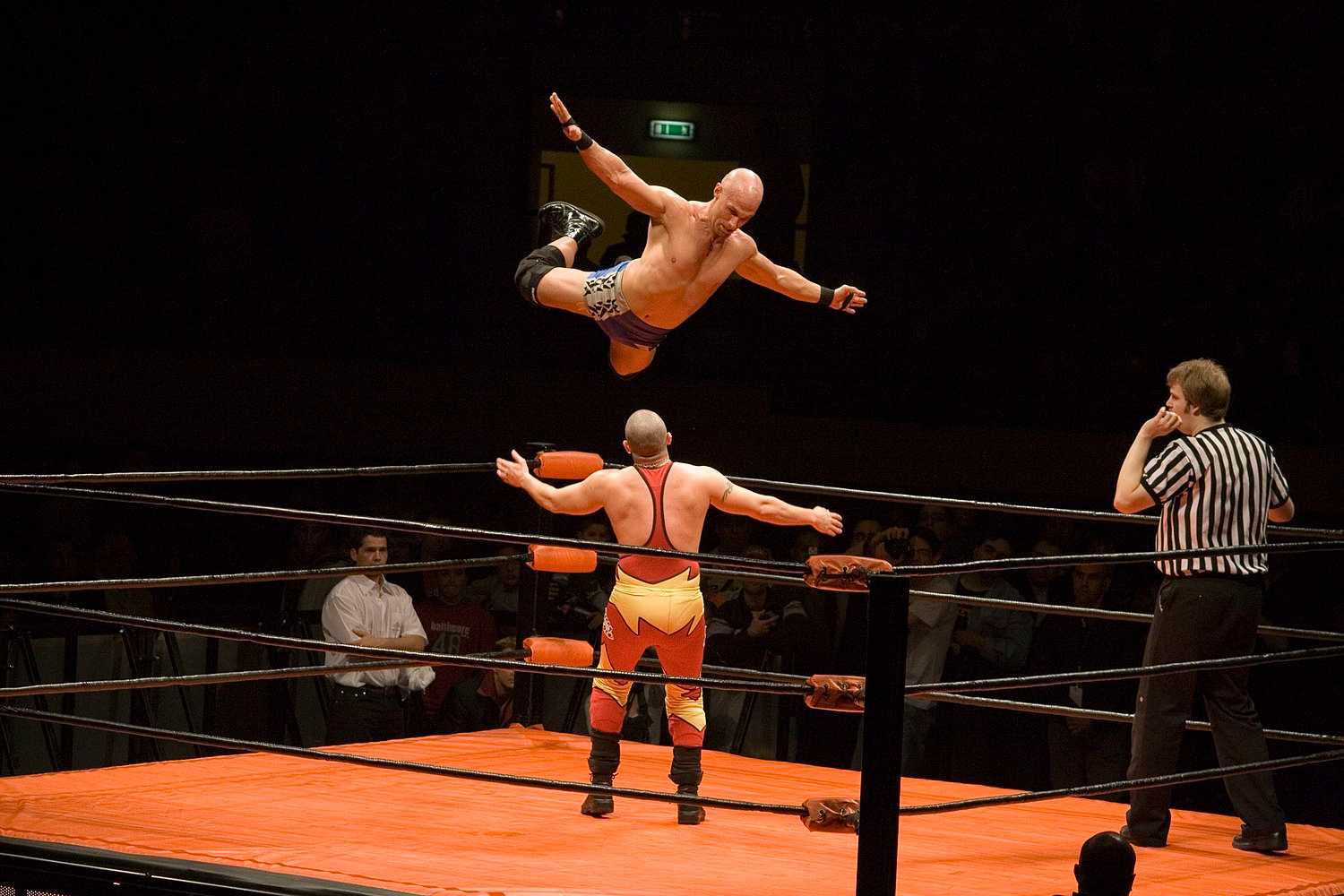 Professional wrestling is a form of athletic theater[1] that revolves around mock combat matches that are usually performed in a ring similar to the kind used in boxing. The dramatic aspects of pro wrestling may be performed both in the ring or—as in televised wrestling shows—in backstage areas of the venue, in similar form to reality television.

Form of theatre with staged wrestling

Professional wrestling as a form of theater evolved out of the widespread practice of match fixing among wrestlers in the early 20th century. Rather than sanction the wrestlers for their deceit as was done with boxers, the public instead came to see professional wrestling as a performance art rather than a sport. Professional wrestlers responded to the public's attitude by dispensing with verisimilitude in favor of entertainment, adding melodrama, gimmickry, and outlandish stuntwork to their performances. Although the mock combat they performed ceased to resemble any authentic wrestling form, the wrestlers nevertheless continued to pretend that it was authentic, and the fans played along—this is a tradition known as kayfabe.