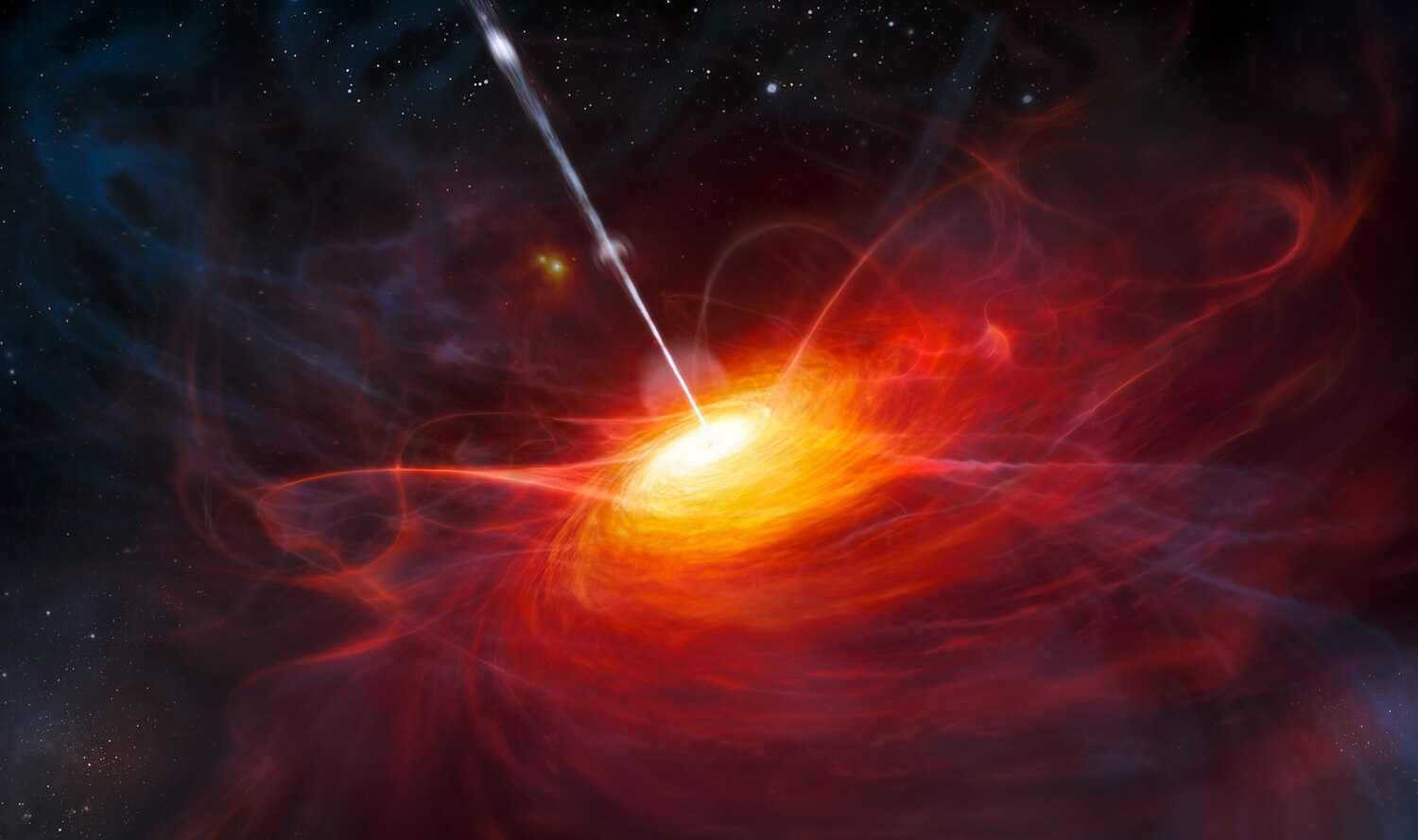 A quasar is an extremely luminous active galactic nucleus (AGN). It is pronounced /ˈkweɪzɑːr/ KWAY-zar, and sometimes known as a quasi-stellar object, abbreviated QSO. This emission from a galaxy nucleus is powered by a supermassive black hole with a mass ranging from millions to tens of billions of solar masses, surrounded by a gaseous accretion disc. Gas in the disc falling towards the black hole heats up because of friction and releases energy in the form of electromagnetic radiation. The radiant energy of quasars is enormous; the most powerful quasars have luminosities thousands of times greater than that of a galaxy such as the Milky Way.[2][3] Usually, quasars are categorized as a subclass of the more general category of AGN. The redshifts of quasars are of cosmological origin.[4]

The term quasar originated as a contraction of "quasi-stellar [star-like] radio source"—because quasars were first identified during the 1950s as sources of radio-wave emission of unknown physical origin—and when identified in photographic images at visible wavelengths, they resembled faint, star-like points of light. High-resolution images of quasars, particularly from the Hubble Space Telescope, have demonstrated that quasars occur in the centers of galaxies, and that some host galaxies are strongly interacting or merging galaxies.[5] As with other categories of AGN, the observed properties of a quasar depend on many factors, including the mass of the black hole, the rate of gas accretion, the orientation of the accretion disc relative to the observer, the presence or absence of a jet, and the degree of obscuration by gas and dust within the host galaxy.

Quasar discovery surveys have demonstrated that quasar activity was more common in the distant past; the peak epoch was approximately 10 billion years ago.[13] Concentrations of multiple, gravitationally attracted quasars are known as large quasar groups and constitute some of the largest known structures in the universe.