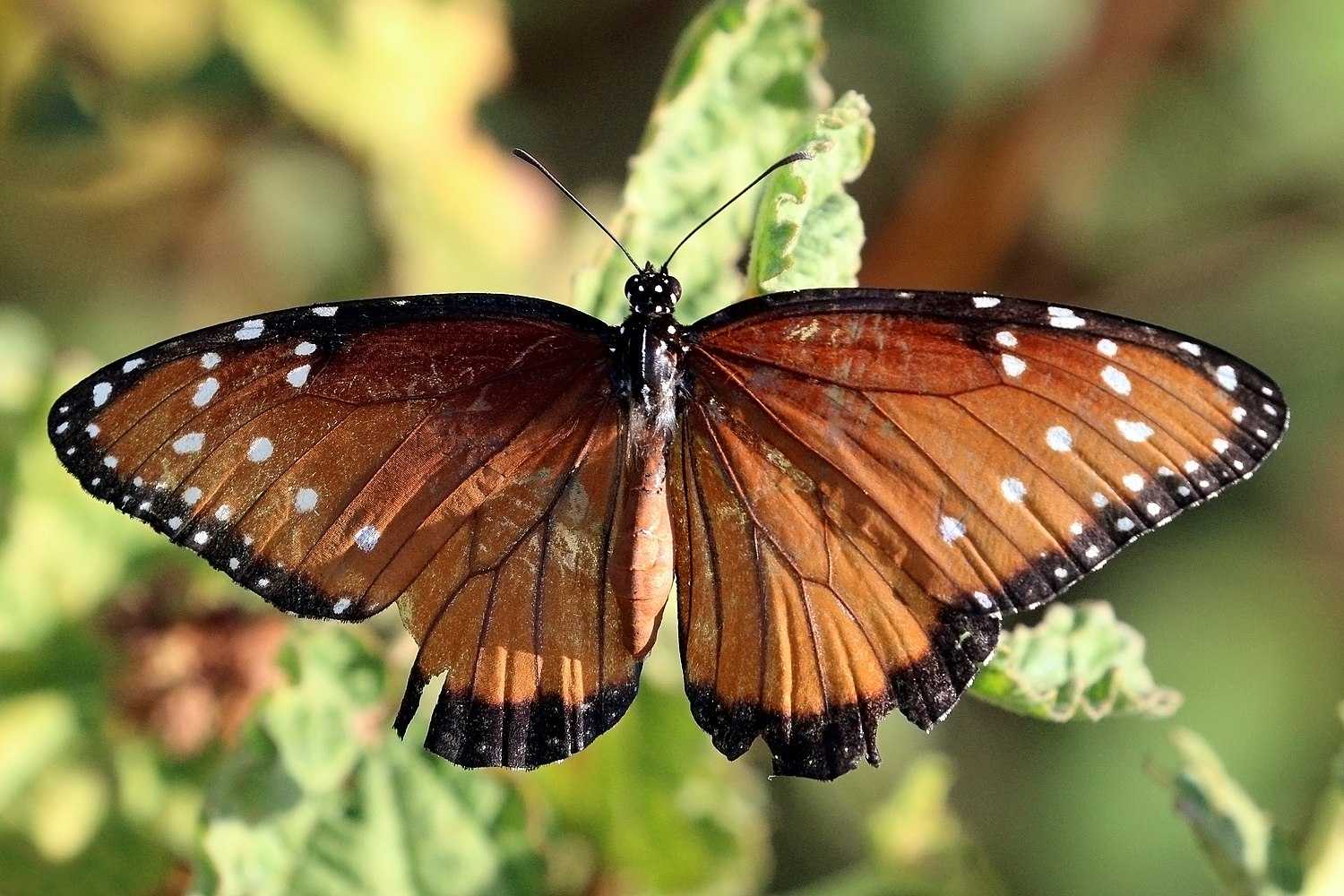 The queen butterfly (Danaus gilippus) is a North and South American butterfly in the family Nymphalidae with a wingspan of 80–85 mm (3+1⁄8–3+3⁄8 in).[3] It is orange or brown with black wing borders and small white forewing spots on its dorsal wing surface, and reddish ventral wing surface fairly similar to the dorsal surface. The ventral hindwings have black veins and small white spots in a black border. The male has a black androconial scent patch on its dorsal hindwings.[4] It can be found in meadows, fields, marshes, deserts, and at the edges of forests.[4][5]

This species is possibly a close relative to the similarly colored soldier butterfly (or tropical queen, D. eresimus), in any case, it is not close to the plain tiger (D. chrysippus, African queen) as was long believed. There are seven subspecies.[6]

Females lay one egg at a time on larval host plants.[4] Larvae use these plants as a food source,[7] whereas adult butterflies feed mainly on nectar from flowers.[8] Unpalatability to avian predators is a feature of the butterfly; however, its level is highly variable. Unpalatability is correlated with the level of cardenolides obtained via the larval diet, but other compounds like alkaloids also play a part in promoting distastefulness.[9][10]

Males patrol to search for females, who may mate up to 15 times a day.[4] Male organs called hair-pencils play an important role in courtship, with males with lower hair-pencil counts being selected against.[11] These hair-pencils may be involved in releasing pheromones during courtship that could attract female mates.[12]