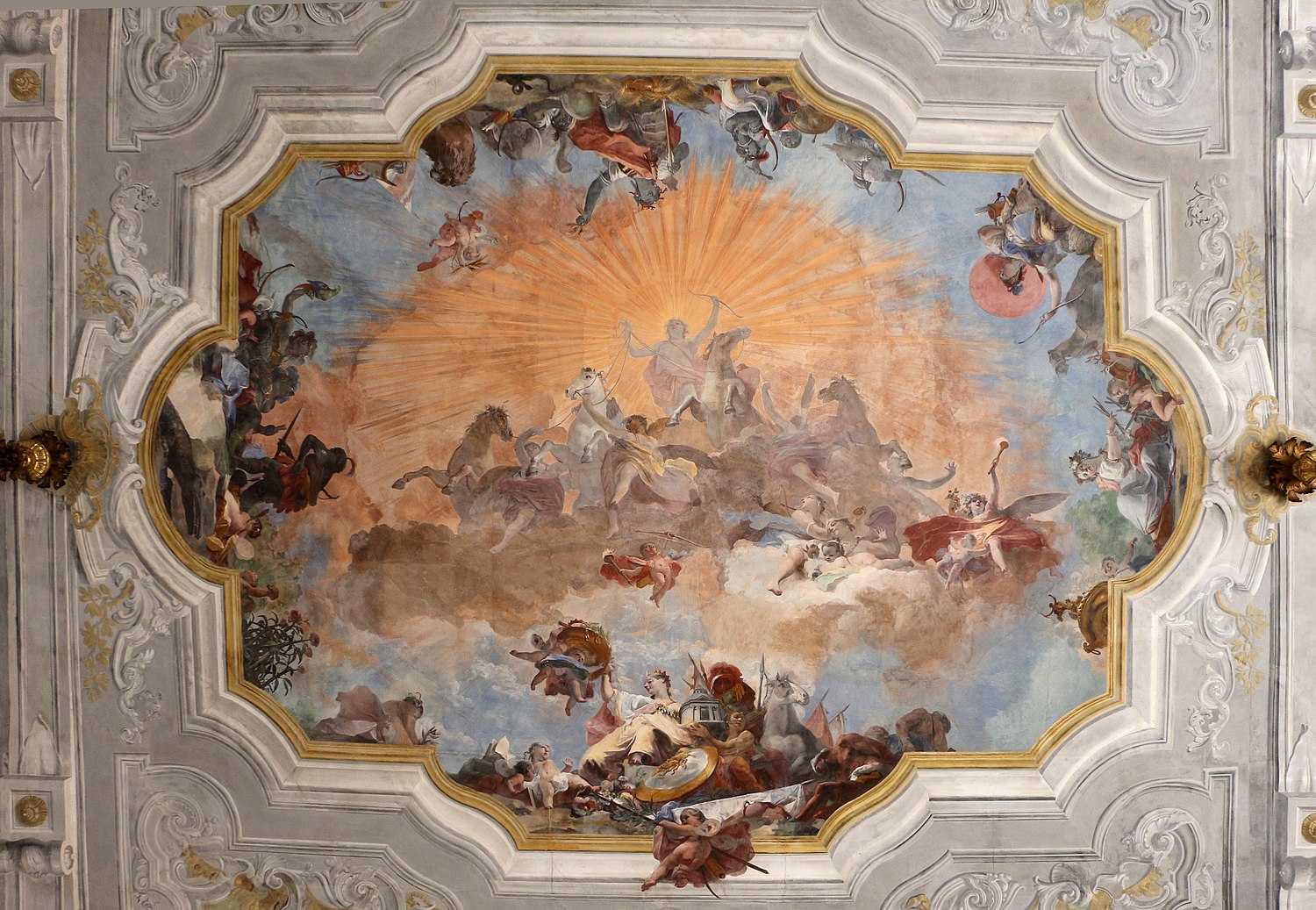 Rococo (/rəˈkoʊkoʊ/, also US: /ˌroʊkəˈkoʊ/), less commonly Roccoco or Late Baroque, is an exceptionally ornamental and theatrical style of architecture, art and decoration which combines asymmetry, scrolling curves, gilding, white and pastel colours, sculpted moulding, and trompe-l'œil frescoes to create surprise and the illusion of motion and drama. It is often described as the final expression of the Baroque movement.[1]

The Rococo style began in France in the 1730s as a reaction against the more formal and geometric Louis XIV style. It was known as the "style Rocaille", or "Rocaille style".[2] It soon spread to other parts of Europe, particularly northern Italy, Austria, southern Germany, Central Europe and Russia.[3] It also came to influence the other arts, particularly sculpture, furniture, silverware, glassware, painting, music, and theatre.[4] Although originally a secular style primarily used for interiors of private residences, the Rococo had a spiritual aspect to it which led to its widespread use in church interiors, particularly in Central Europe, Portugal, and South America.[5]