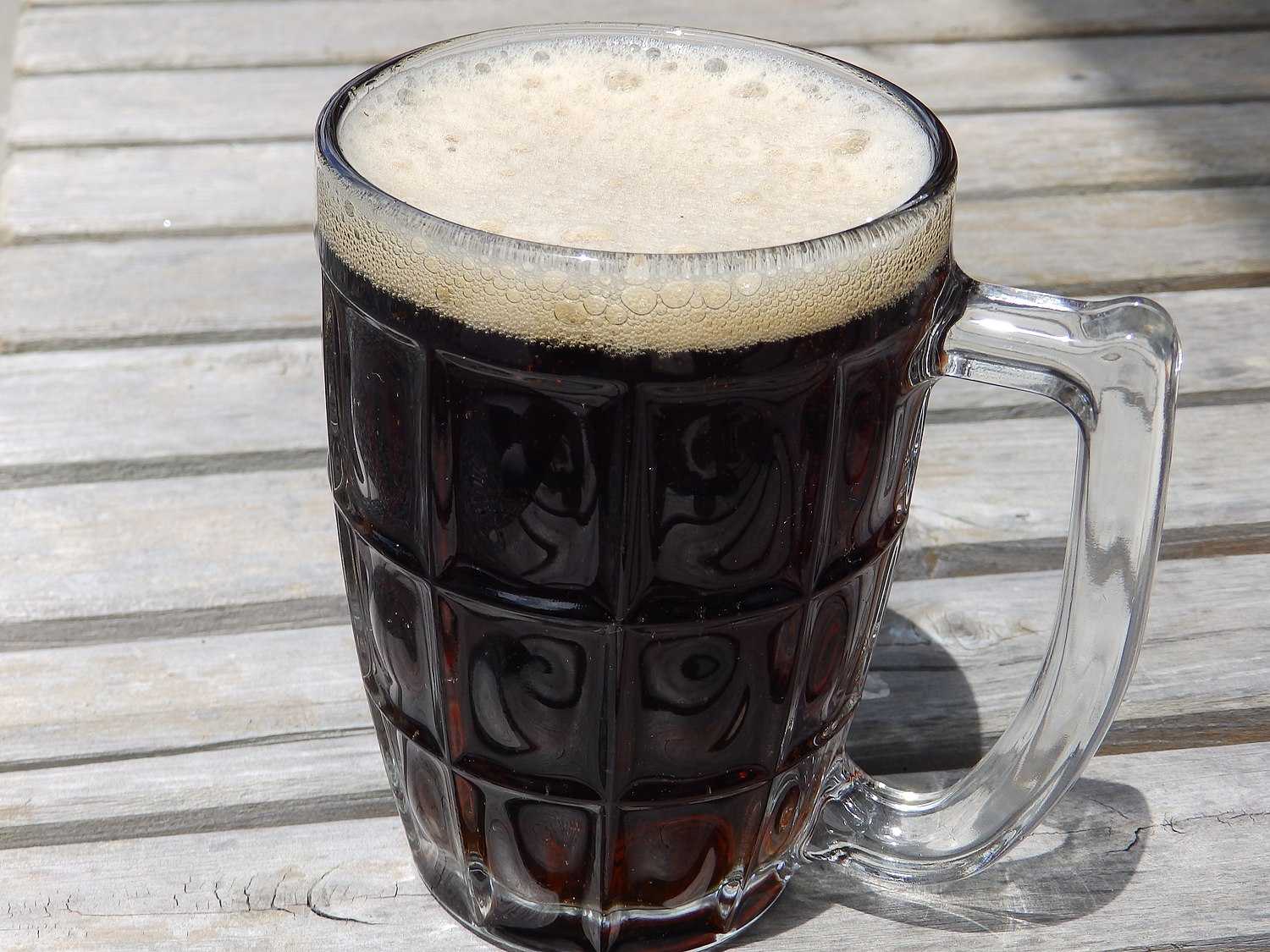 Root beer is a sweet North American soft drink traditionally made using the root bark of the sassafras tree Sassafras albidum or the vine of Smilax ornata (known as sarsaparilla, also used to make a soft drink, sarsaparilla) as the primary flavor. Root beer is typically but not exclusively non-alcoholic, caffeine-free, sweet, and carbonated. Like cola, it usually has a thick and foamy head. A well-known use is to add vanilla ice cream to make a root beer float.

Carbonated beverage of North American origin traditionally made with sassafras

Since safrole, a key component of sassafras, was banned by the U.S. Food and Drug Administration in 1960 due to its carcinogenicity, most commercial root beers have been flavored using artificial sassafras flavoring,[1][2] but a few (e.g. Hansen's) use a safrole-free sassafras extract.[3]