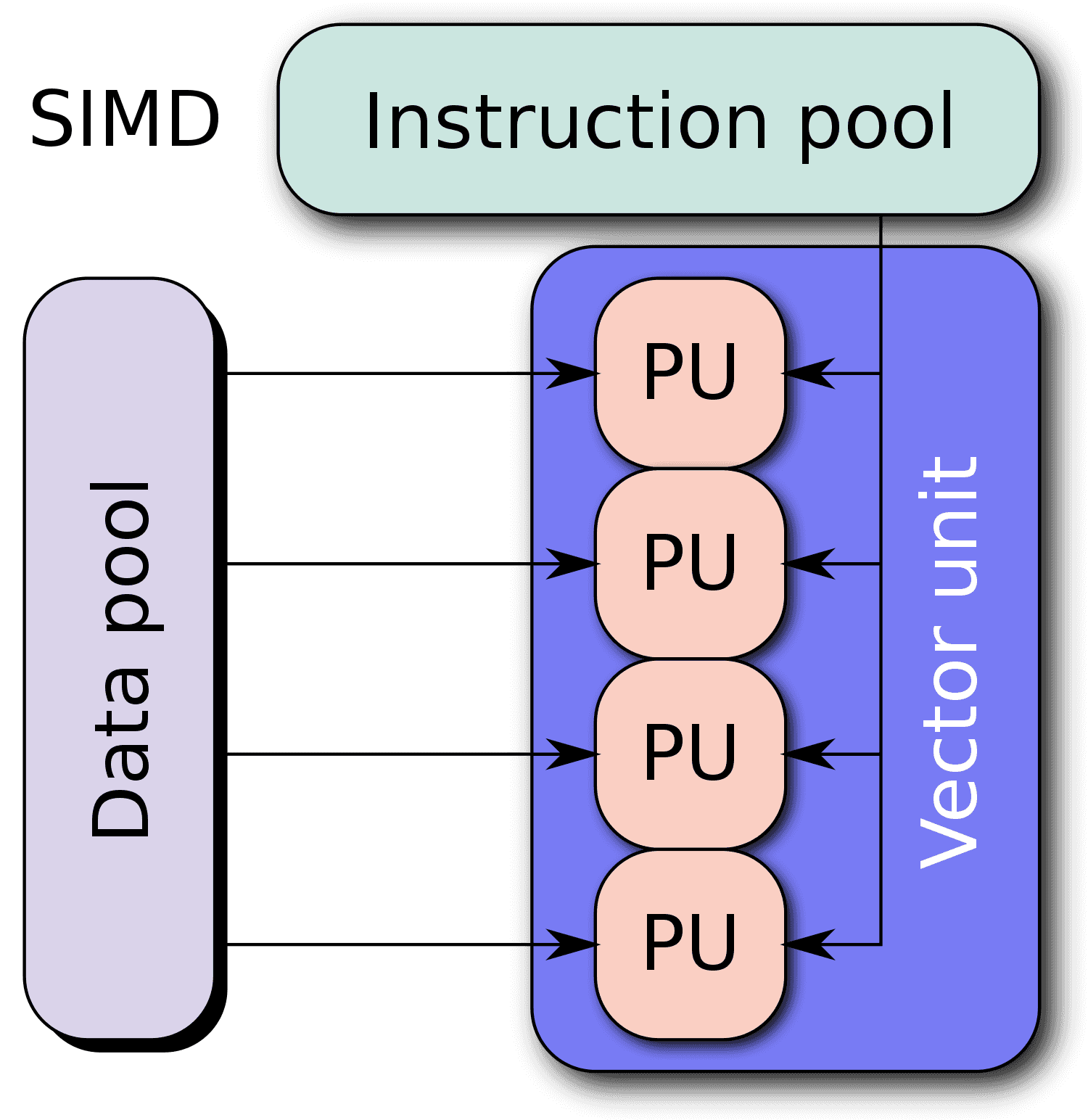 Single instruction, multiple data (SIMD) is a type of parallel processing in Flynn's taxonomy. SIMD can be internal (part of the hardware design) and it can be directly accessible through an instruction set architecture (ISA), but it should not be confused with an ISA. SIMD describes computers with multiple processing elements that perform the same operation on multiple data points simultaneously.

Such machines exploit data level parallelism, but not concurrency: there are simultaneous (parallel) computations, but each unit performs the exact same instruction at any given moment (just with different data). SIMD is particularly applicable to common tasks such as adjusting the contrast in a digital image or adjusting the volume of digital audio. Most modern CPU designs include SIMD instructions to improve the performance of multimedia use. SIMD has three different subcategories in Flynn's 1972 Taxonomy, one of which is SIMT. SIMT should not be confused with software threads or hardware threads, both of which are task time-sharing (time-slicing). SIMT is true simultaneous parallel hardware-level execution.