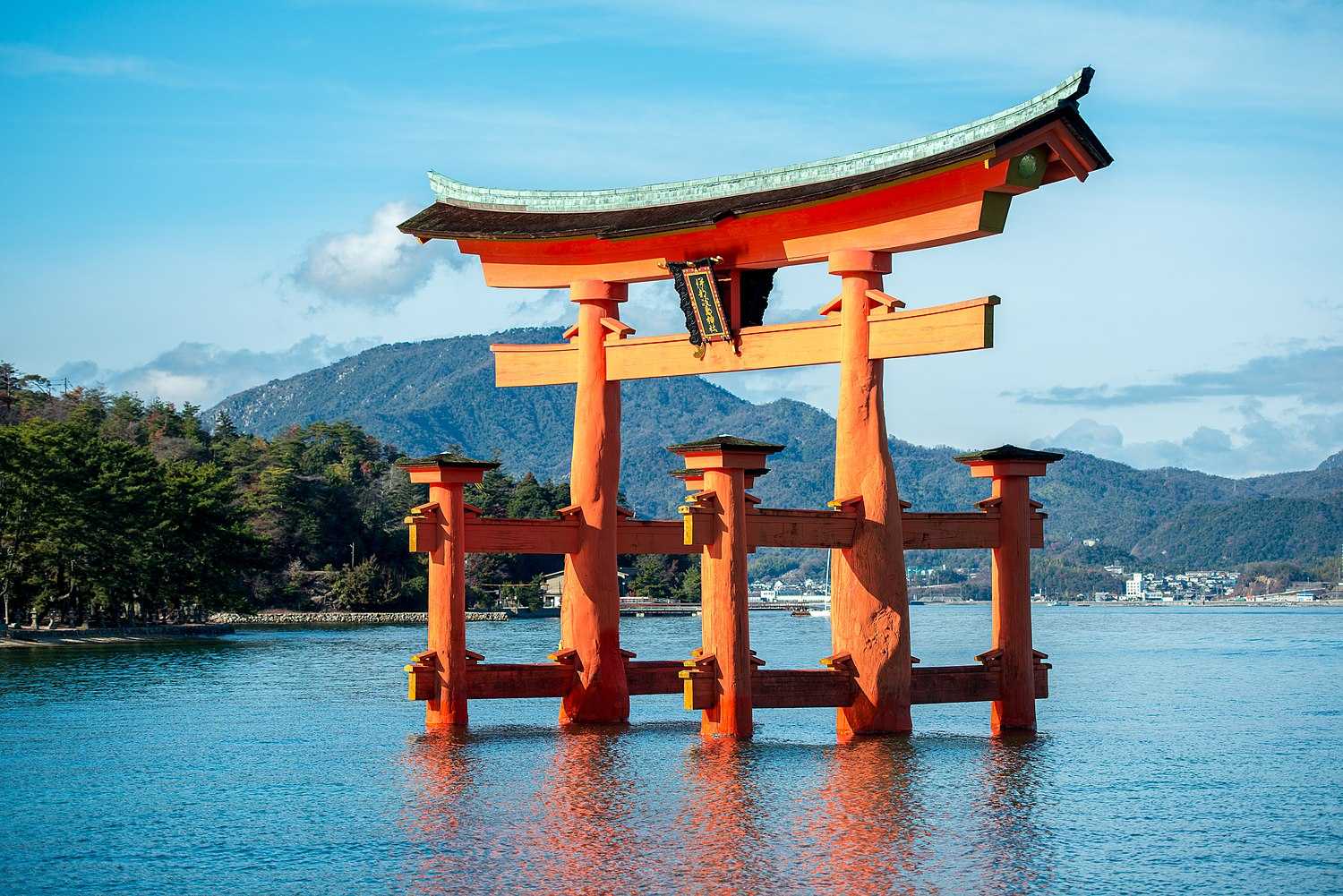 Shinto (Japanese: 神道, romanized: Shintō) is a religion from Japan. Classified as an East Asian religion by scholars of religion, its practitioners often regard it as Japan's indigenous religion and as a nature religion. Scholars sometimes call its practitioners Shintoists, although adherents rarely use that term themselves. There is no central authority in control of Shinto, with much diversity of belief and practice evident among practitioners.

A polytheistic and animistic religion, Shinto revolves around supernatural entities called the kami. The kami are believed to inhabit all things, including forces of nature and prominent landscape locations. The kami are worshiped at kamidana household shrines, family shrines, and jinja public shrines. The latter are staffed by priests, known as kannushi, who oversee offerings of food and drink to the specific kami enshrined at that location. This is done to cultivate harmony between humans and kami and to solicit the latter's blessing. Other common rituals include the kagura dances, rites of passage, and seasonal festivals. Public shrines facilitate forms of divination and supply religious objects, such as amulets, to the religion's adherents. Shinto places a major conceptual focus on ensuring purity, largely by cleaning practices such as ritual washing and bathing, especially before worship. Little emphasis is placed on specific moral codes or particular afterlife beliefs, although the dead are deemed capable of becoming kami. The religion has no single creator or specific doctrine, and instead exists in a diverse range of local and regional forms.

Although historians debate at what point it is suitable to refer to Shinto as a distinct religion, kami veneration has been traced back to Japan's Yayoi period (300 BCE to 300 CE). Buddhism entered Japan at the end of the Kofun period (300 to 538 CE) and spread rapidly. Religious syncretization made kami worship and Buddhism functionally inseparable, a process called shinbutsu-shūgō. The kami came to be viewed as part of Buddhist cosmology and were increasingly depicted anthropomorphically. The earliest written tradition regarding kami worship was recorded in the 8th-century Kojiki and Nihon Shoki. In ensuing centuries, shinbutsu-shūgō was adopted by Japan's Imperial household. During the Meiji era (1868 to 1912), Japan's nationalist leadership expelled Buddhist influence from kami worship and formed State Shinto, which some historians regard as the origin of Shinto as a distinct religion. Shrines came under growing government influence, and citizens were encouraged to worship the emperor as a kami. With the formation of the Japanese Empire in the early 20th century, Shinto was exported to other areas of East Asia. Following Japan's defeat in World War II, Shinto was formally separated from the state.

Shinto is primarily found in Japan, where there are around 100,000 public shrines, although practitioners are also found abroad. Numerically, it is Japan's largest religion, the second being Buddhism. Most of the country's population takes part in both Shinto and Buddhist activities, especially festivals, reflecting a common view in Japanese culture that the beliefs and practices of different religions need not be exclusive. Aspects of Shinto have been incorporated into various Japanese new religious movements.