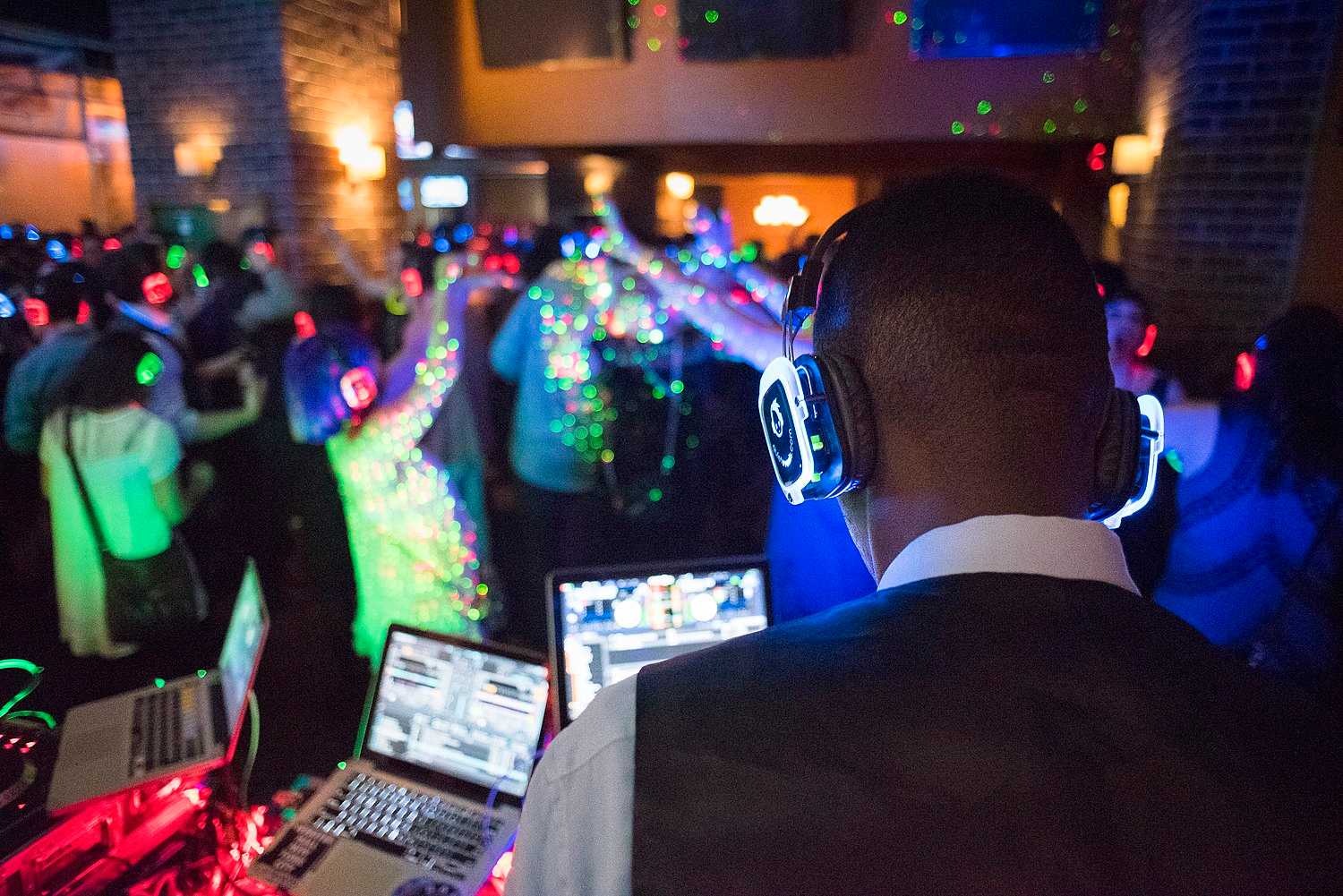 A silent disco or silent rave is an event where people dance to music listened to on wireless headphones.[1] Rather than using a speaker system, music is broadcast via a radio transmitter with the signal being picked up by wireless headphone receivers worn by the participants. Those without the headphones hear no music, giving the effect of a room full of people dancing to nothing.

Dancing to music via headphones

In the earliest days of silent discos, before 2005, there would be only one channel available to listen to music through. Over time, the technology moved along to where there were two, and later technology allowed for a third channel that three separate DJs could broadcast over at the same time.[citation needed]

Silent discos are popular at music festivals as they allow dancing to continue past noise curfews. Similar events are "mobile clubbing" gatherings, where a group of people dance to the music on their personal music players.[citation needed]