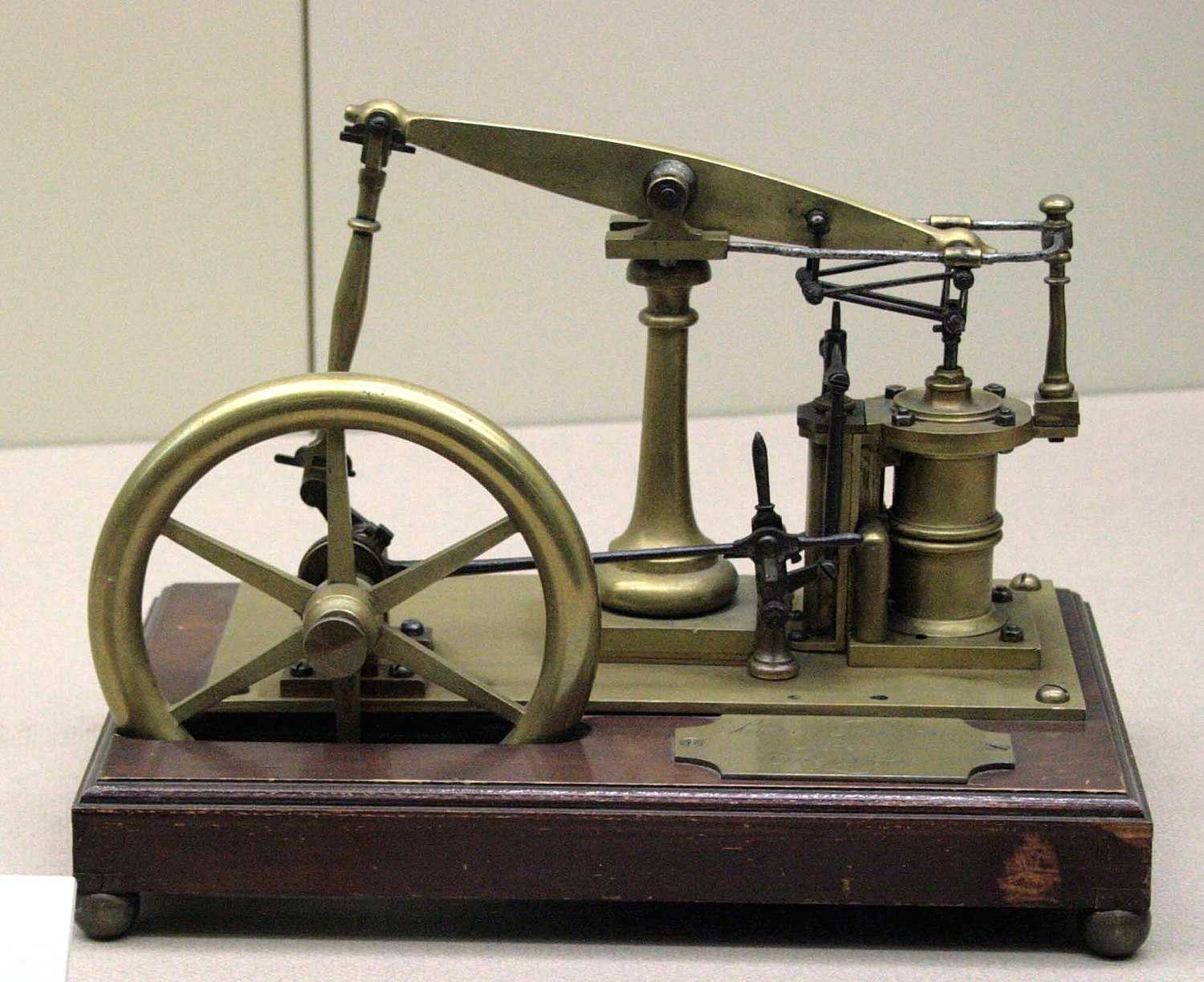 A steam engine is a heat engine that performs mechanical work using steam as its working fluid. The steam engine uses the force produced by steam pressure to push a piston back and forth inside a cylinder. This pushing force can be transformed, by a connecting rod and crank, into rotational force for work. The term "steam engine" is generally applied only to reciprocating engines as just described, not to the steam turbine. Steam engines are external combustion engines,[1] where the working fluid is separated from the combustion products. The ideal thermodynamic cycle used to analyze this process is called the Rankine cycle. In general usage, the term steam engine can refer to either complete steam plants (including boilers etc.), such as railway steam locomotives and portable engines, or may refer to the piston or turbine machinery alone, as in the beam engine and stationary steam engine.

Although steam-driven devices were known as early as the aeolipile in the first century AD, with a few other uses recorded in the 16th century, in 1606 Jerónimo de Ayanz y Beaumont patented his invention of the first steam-powered water pump for draining mines.[2] Thomas Savery is considered the inventor of the first commercially used steam powered device, a steam pump that used steam pressure operating directly on the water. The first commercially successful engine that could transmit continuous power to a machine was developed in 1712 by Thomas Newcomen. James Watt made a critical improvement in 1764, by removing spent steam to a separate vessel for condensation, greatly improving the amount of work obtained per unit of fuel consumed. By the 19th century, stationary steam engines powered the factories of the Industrial Revolution. Steam engines replaced sails for ships on paddle steamers, and steam locomotives operated on the railways.

Reciprocating piston type steam engines were the dominant source of power until the early 20th century, when advances in the design of electric motors and internal combustion engines resulted in the gradual replacement of steam engines in commercial usage. Steam turbines replaced reciprocating engines in power generation, due to lower cost, higher operating speed, and higher efficiency.[3]