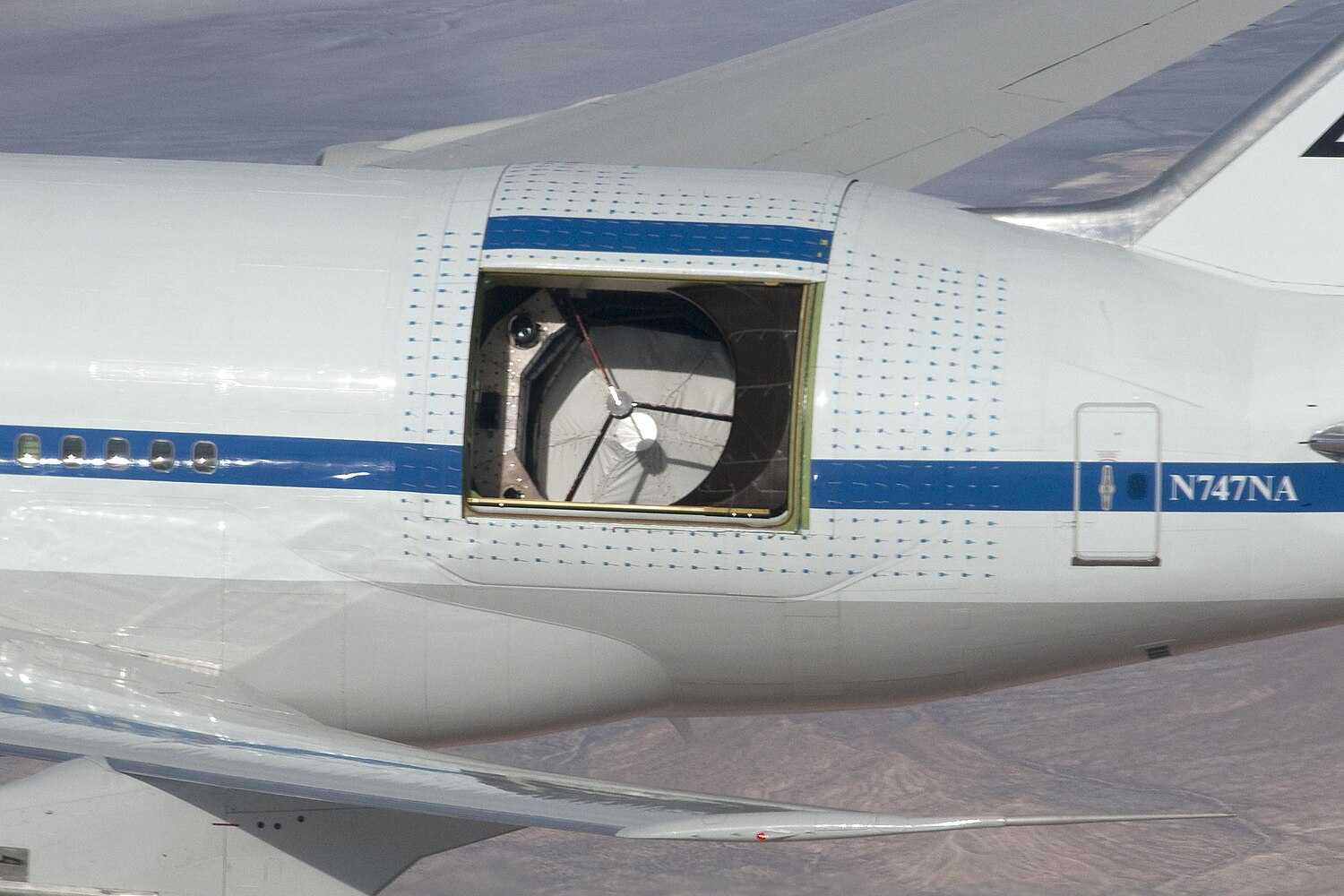 The Stratospheric Observatory for Infrared Astronomy (SOFIA) was an 80/20 joint project of NASA and the German Aerospace Center (DLR)[1] to construct and maintain an airborne observatory. NASA awarded the contract for the development of the aircraft, operation of the observatory and management of the American part of the project to the Universities Space Research Association (USRA) in 1996. The DSI (Deutsches SOFIA Institut) manages the German parts of the project which were primarily science- and telescope-related. SOFIA's telescope saw first light on May 26, 2010. SOFIA was the successor to the Kuiper Airborne Observatory. During 10-hour, overnight flights, it observed celestial magnetic fields, star-forming regions, comets, nebulae, and the Galactic Center.

Science flights have now concluded, after the landing of the 921st and last flight in the early morning of September 29, 2022. The project will continue to work with legacy data for a few years.[2][3][4]