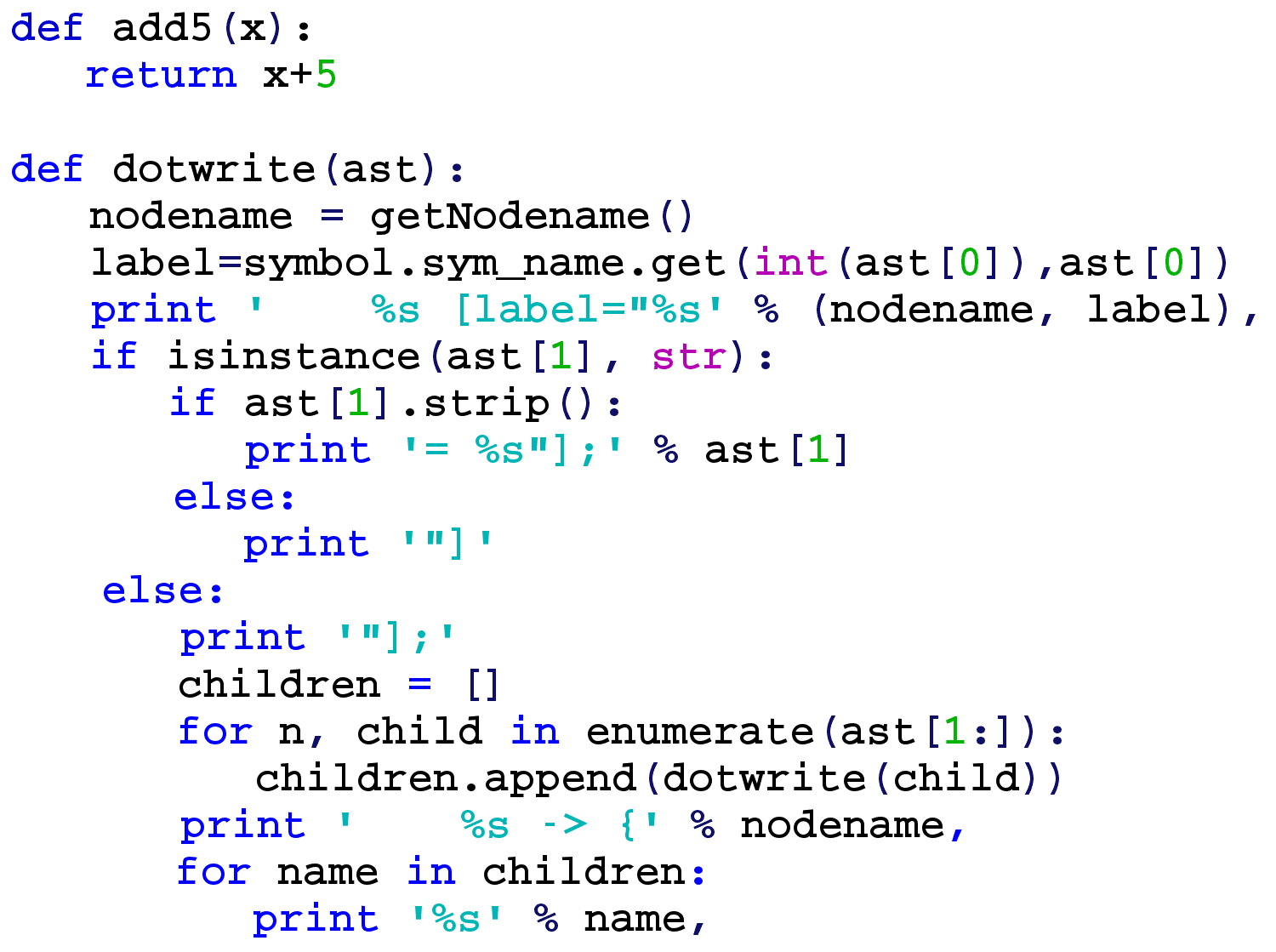 The syntax of a language defines its surface form.[1] Text-based computer languages are based on sequences of characters, while visual programming languages are based on the spatial layout and connections between symbols (which may be textual or graphical). Documents that are syntactically invalid are said to have a syntax error. When designing the syntax of a language, a designer might start by writing down examples of both legal and illegal strings, before trying to figure out the general rules from these examples.[2]