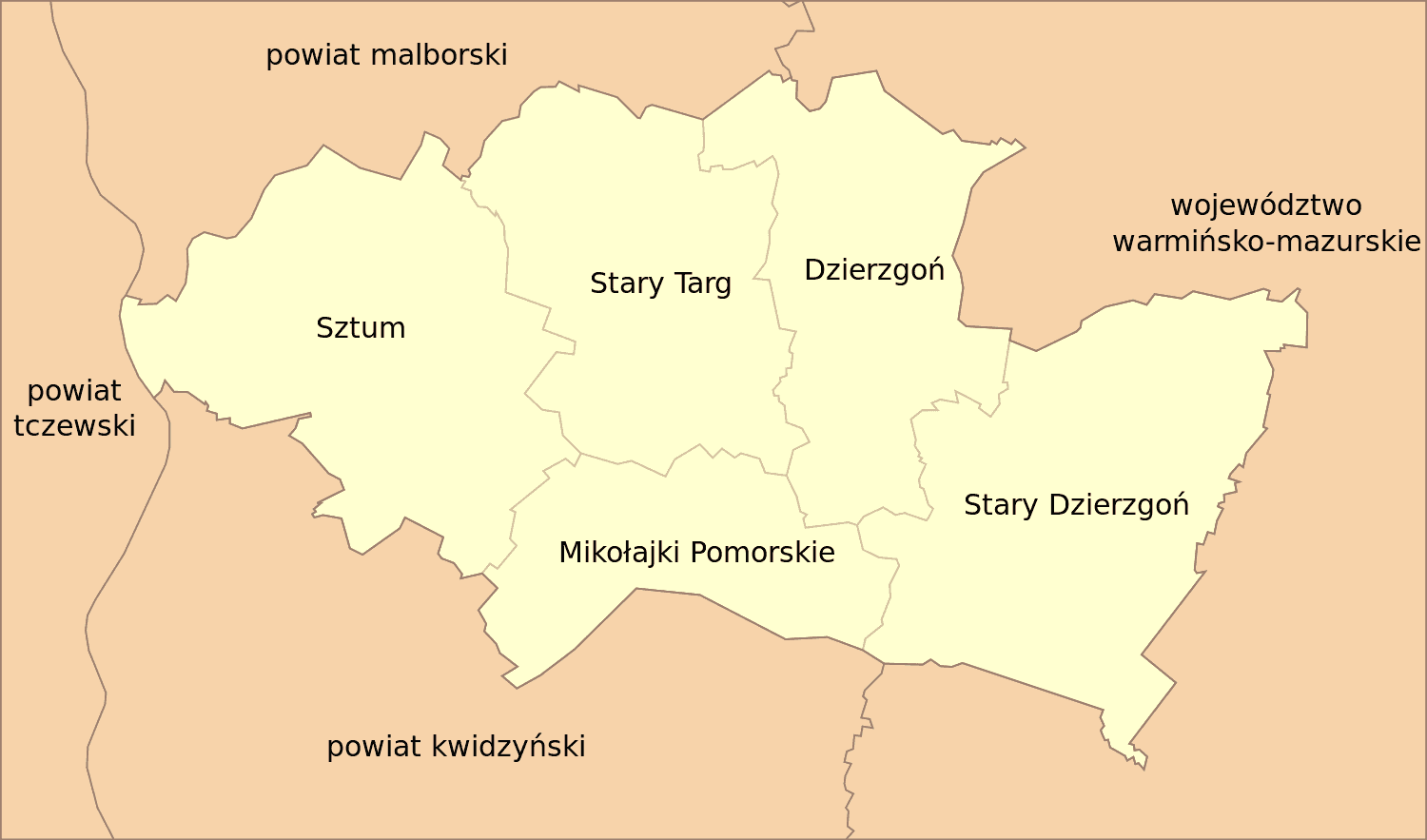 Sztum County (Polish: powiat sztumski) is a unit of territorial administration and local government (powiat) in Pomeranian Voivodeship, northern Poland. Its administrative seat and largest town is Sztum, which lies 56 kilometres (35 mi) south-east of the regional capital Gdańsk. The only other town in the county is Dzierzgoń, lying 21 km (13 mi) east of Sztum.

The county was created, as a result of local pressure, in 2002. The area had been part of Malbork County.

Sztum County on a map of the counties of Pomeranian Voivodeship