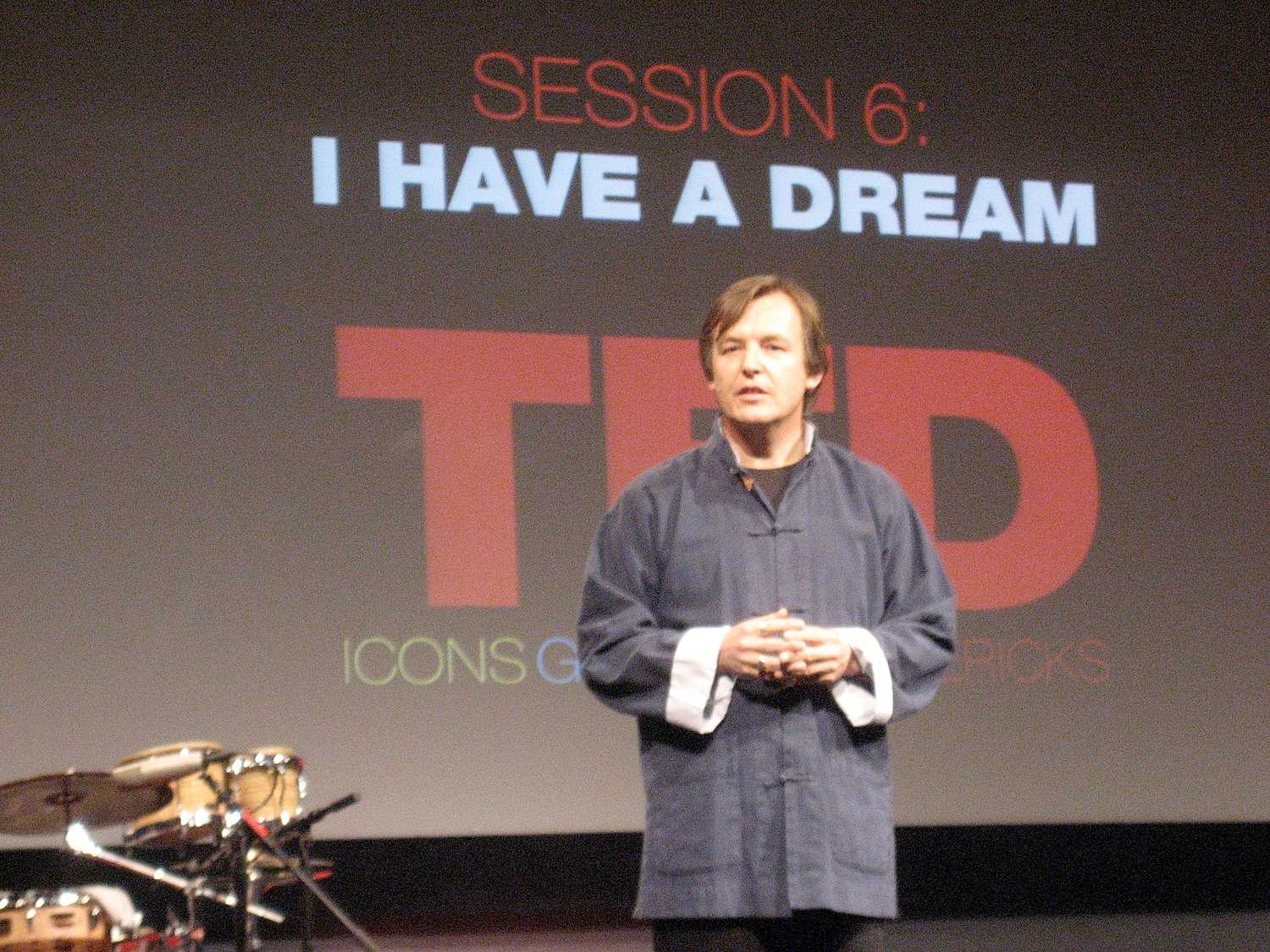 TED Conferences, LLC (Technology, Entertainment, Design[7]) is an American-Canadian non-profit[7] media organization that posts international talks online for free distribution under the slogan "ideas worth spreading".[8] TED was founded by Richard Saul Wurman and Harry Marks in February 1984[2] as a tech conference, in which Mickey Schulhof gave a demo of the compact disc that was invented in October 1982.[5] It has been held annually since 1990.[6][9] TED covers almost all topics – from science to business to global issues – in more than 100 languages.[7] To date, more than 13,000 TEDx events have been held in at least 150 countries.[8]

TED's early emphasis was on technology and design, consistent with its Silicon Valley origins. It has since broadened its perspective to include talks on many scientific, cultural, political, humanitarian, and academic topics.[10] It has been curated by Chris Anderson, a British-American businessman, through the non-profit TED Foundation since July 2019 (originally by the non-profit Sapling Foundation).[1][11][12]

The main TED conference is held annually in Vancouver, British Columbia, Canada, at the Vancouver Convention Centre. The first TED conferences from 1984 (TED1) through 2008 (TED2008) were held at the Monterey Conference Center in Monterey, California.[13] Between 2009 and 2014, the conference was held in Long Beach, California, United States.[14] TED events are also held throughout North America and in Europe, Asia, and Africa, offering live streaming of the talks. TED returned to Monterey, California in 2021 with TEDMonterey. They address a wide range of topics within the research and practice of science and culture, often through storytelling.[15]

Since June 2006,[3] TED Talks have been offered for free viewing online, under an Attribution-NonCommercial-NoDerivatives Creative Commons license, through TED.com.[18] As of December 2020[update] over 3,500 TED Talks are freely available on the official website.[19] In June 2011, TED Talks' combined viewing figures surpassed 500 million,[20] and by November 2012, TED Talks had been watched over one billion times worldwide.[21] While TED Talks are available for free online to be viewed by anyone, sharing TED content in commercial contexts (for example, in corporate learning and talent development) requires a license.[22]