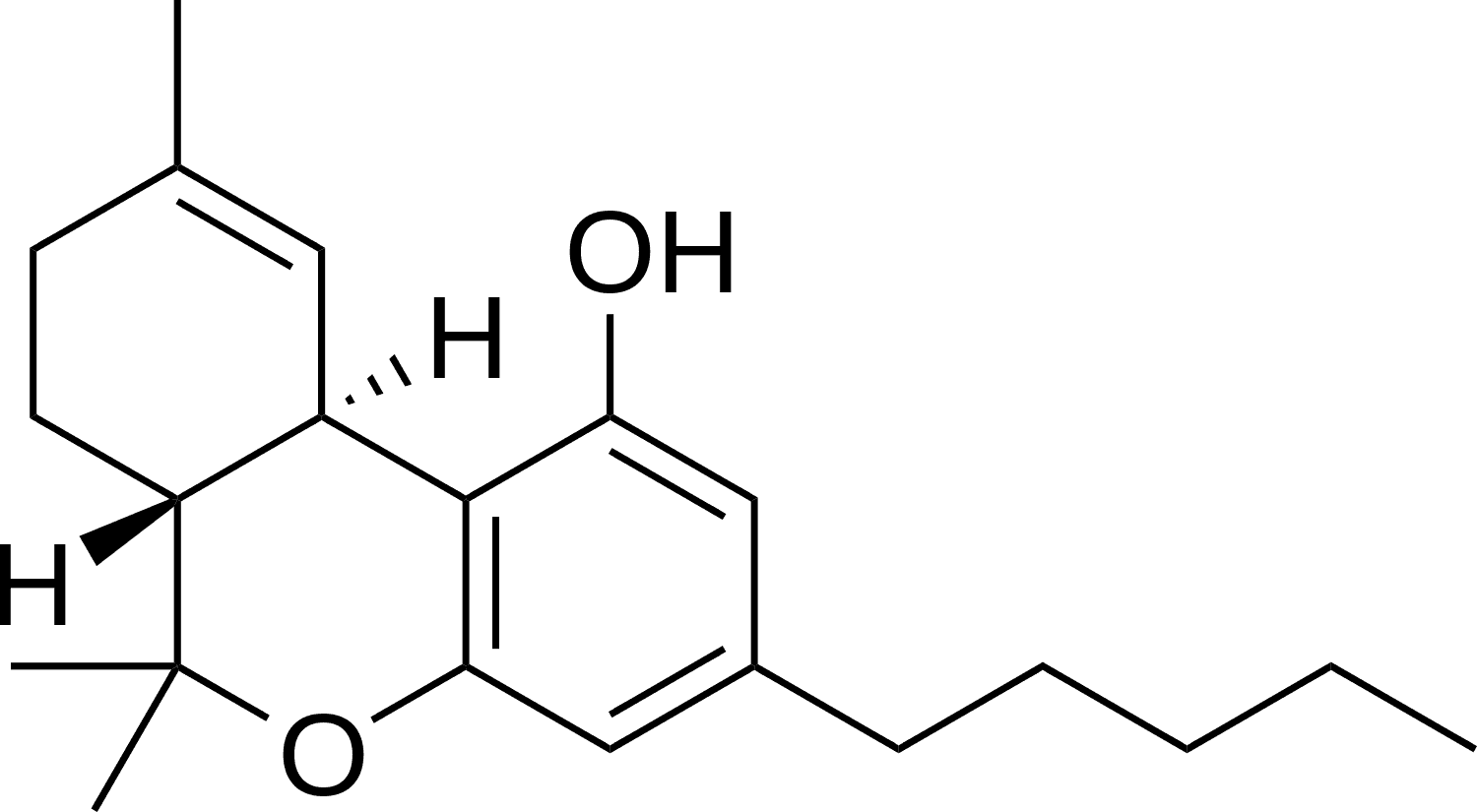 Tetrahydrocannabinol (THC) is the principal psychoactive constituent of cannabis and one of at least 113 total cannabinoids identified on the plant. Although the chemical formula for THC (C21H30O2) describes multiple isomers,[9] the term THC usually refers to the Delta-9-THC isomer with chemical name (−)-trans-Δ9-tetrahydrocannabinol. THC is a terpenoid found in cannabis[10] and, like many pharmacologically active phytochemicals, it is assumed to be involved in the plant's evolutionary adaptation against insect predation, ultraviolet light, and environmental stress.[11][12][13] THC was first discovered and isolated by Israeli chemist Raphael Mechoulam in Israel in 1964. It was found that, when smoked, THC is absorbed into the bloodstream and travels to the brain, attaching itself to endocannabinoid receptors located in the cerebral cortex, cerebellum, and basal ganglia. These are the parts of the brain responsible for thinking, memory, pleasure, coordination and movement.

THC, along with its double bond isomers and their stereoisomers,[14] is one of only three cannabinoids scheduled by the UN Convention on Psychotropic Substances (the other two are dimethylheptylpyran and parahexyl). It was listed under Schedule I in 1971, but reclassified to Schedule II in 1991 following a recommendation from the WHO. Based on subsequent studies, the WHO has recommended the reclassification to the less-stringent Schedule III.[15] Cannabis as a plant is scheduled by the Single Convention on Narcotic Drugs (Schedule I and IV). It is specifically still listed under Schedule I by US federal law[16] under the Controlled Substances Act for having "no accepted medical use" and "lack of accepted safety". However, dronabinol, a pharmaceutical form of THC, has been approved by the FDA as an appetite stimulant for people with AIDS and an antiemetic for people receiving chemotherapy under the trade names Marinol and Syndros.[17]