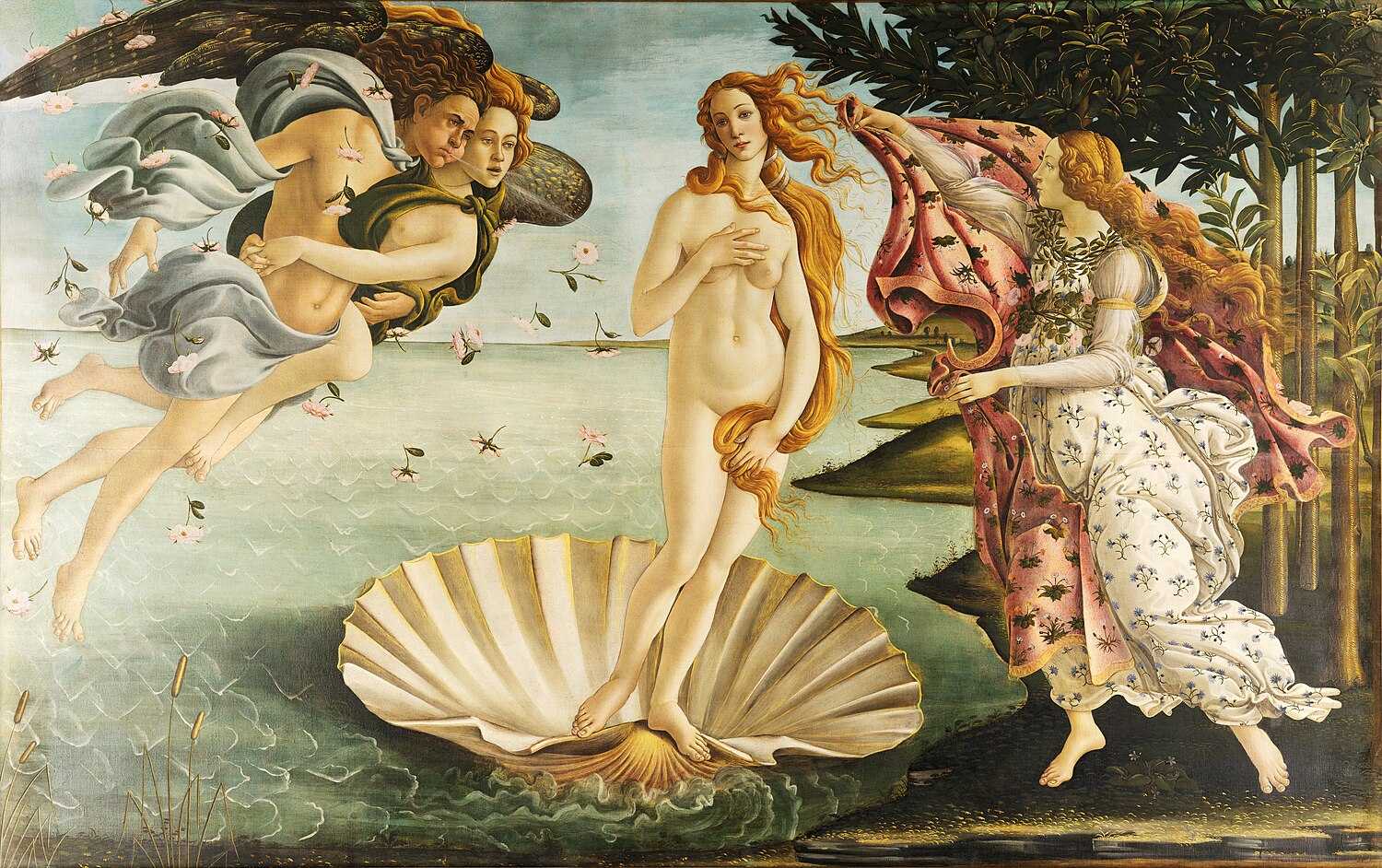 The Birth of Venus (Italian: Nascita di Venere [ˈnaʃʃita di ˈvɛːnere]) is a painting by the Italian artist Sandro Botticelli, probably executed in the mid 1480s. It depicts the goddess Venus arriving at the shore after her birth, when she had emerged from the sea fully-grown (called Venus Anadyomene and often depicted in art). The painting is in the Uffizi Gallery in Florence, Italy.

Although the two are not a pair, the painting is inevitably discussed with Botticelli's other very large mythological painting, the Primavera, also in the Uffizi. They are among the most famous paintings in the world, and icons of the Italian Renaissance; of the two, the Birth is better known than the Primavera.[1] As depictions of subjects from classical mythology on a very large scale they were virtually unprecedented in Western art since classical antiquity, as was the size and prominence of a nude female figure in the Birth. It used to be thought that they were both commissioned by the same member of the Medici family, but this is now uncertain.

They have been endlessly analysed by art historians, with the main themes being: the emulation of ancient painters and the context of wedding celebrations (generally agreed), the influence of Renaissance Neo-Platonism (somewhat controversial), and the identity of the commissioners (not agreed). Most art historians agree, however, that the Birth does not require complex analysis to decode its meaning, in the way that the Primavera probably does. While there are subtleties in the painting, its main meaning is a straightforward, if individual, treatment of a traditional scene from Greek mythology, and its appeal is sensory and very accessible, hence its enormous popularity.[2]