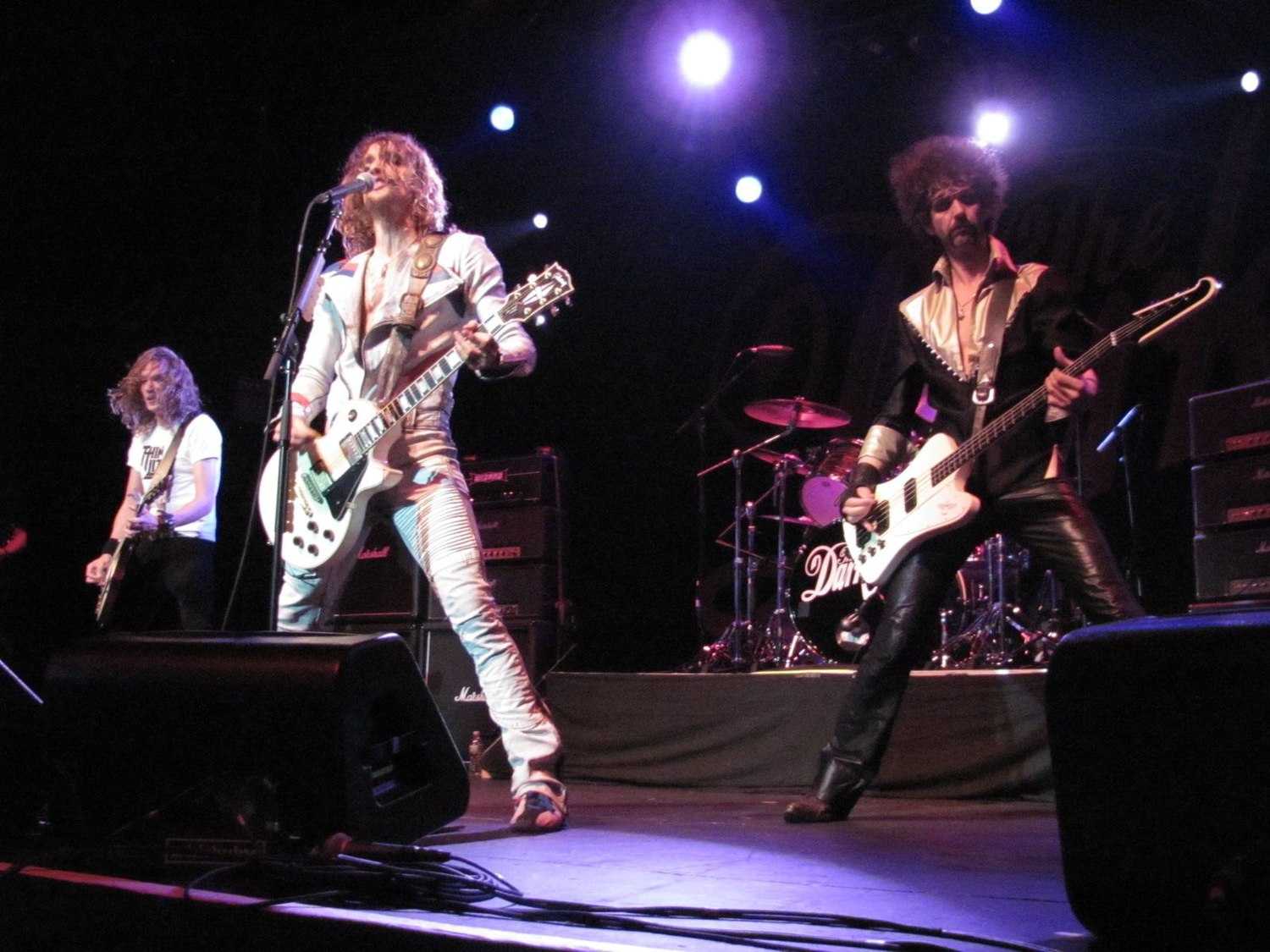 The Darkness came to prominence with the release of their debut album, Permission to Land, in 2003. Backed by the singles "I Believe in a Thing Called Love", "Growing on Me", "Get Your Hands off My Woman", and "Love Is Only a Feeling", the album was certified quadruple platinum in the United Kingdom, with sales of over 1.3 million.[1] In 2004 the band won three Brit Awards: Best British Group, Best British Rock Act, and Best British Album.[2]

After extensive touring in support of their debut album, Poullain left the band in 2005, and was replaced by former guitar technician Richie Edwards. The band's second studio album, One Way Ticket to Hell... and Back, was released in November 2005. The following year, Justin Hawkins departed from the band after successfully completing a course of rehabilitation from alcohol and cocaine abuse.[3] This, combined with the poor sales of the album, resulted in Atlantic dropping the band in October 2006.[4] After the split, the remaining members formed Stone Gods, and continued to perform and record without Hawkins, who subsequently fronted his own project, Hot Leg.

On 15 March 2011, the Darkness announced reunion shows, with original bassist Frankie Poullain, including Download Festival 2011, and the Isle of Wight Festival 2012. Their third album, Hot Cakes, was released on 20 August 2012. Original drummer Ed Graham then left the band, feeling the strain of touring was affecting his personal life, in which he had pressing issues. In 2015 a fourth studio album was announced, entitled Last of Our Kind, which was released on 2 June 2015. A fifth album, Pinewood Smile, was released on 6 October 2017 and one year later on 15 June 2018 a live album, Live at Hammersmith, was also released. Their sixth studio album, Easter Is Cancelled was released on 4 October 2019.

After the COVID-19 pandemic put a stop to their world tour in 2020, the band wound up the year with a one-off streamed live show titled "Streaming of a White Christmas", which was also recorded as a new live album and slated to be released on CD and vinyl in June 2021.

On 4 June 2021, the band announced their seventh studio album Motorheart would be released on 15 October 2021 with an extensive UK tour through November and December 2021.