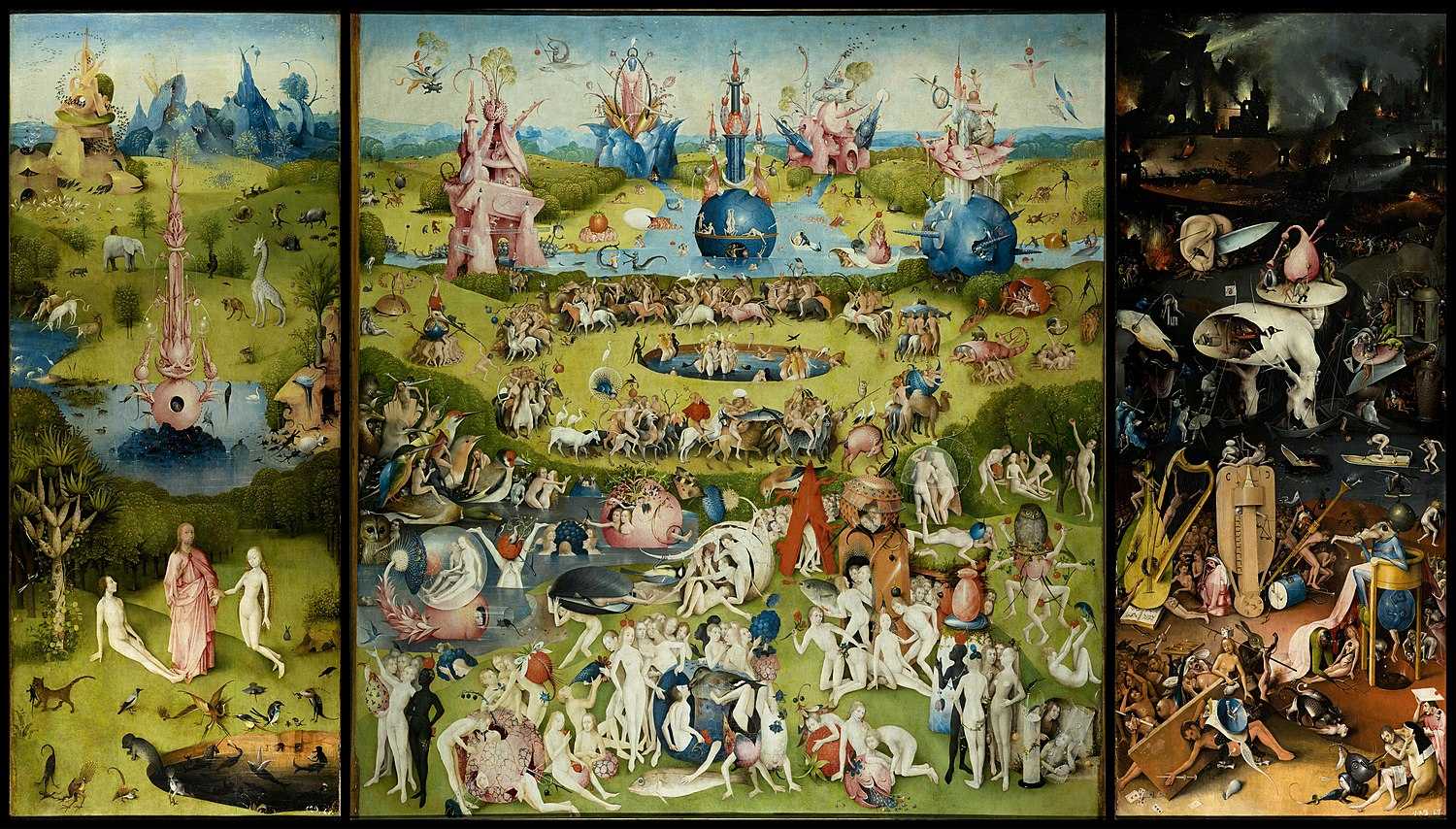 The Garden of Earthly Delights is the modern title[lower-alpha 1] given to a triptych oil painting on oak panel painted by the Early Netherlandish master Hieronymus Bosch, between 1490 and 1510, when Bosch was between 40 and 60 years old.[1] It has been housed in the Museo del Prado in Madrid, Spain since 1939.

As little is known of Bosch's life or intentions, interpretations of his artistic intent behind the work range from an admonition of worldly fleshy indulgence, to a dire warning on the perils of life's temptations, to an evocation of ultimate sexual joy. The intricacy of its symbolism, particularly that of the central panel, has led to a wide range of scholarly interpretations over the centuries. Twentieth-century art historians are divided as to whether the triptych's central panel is a moral warning or a panorama of paradise lost.

Bosch painted three large triptychs (the others are The Last Judgment of c. 1482 and The Haywain Triptych of c. 1516) that can be read from left to right and in which each panel was essential to the meaning of the whole. Each of these three works presents distinct, yet linked themes addressing history and faith. Triptychs from this period were generally intended to be read sequentially, the left and right panels often portraying Eden and the Last Judgment respectively, while the main subject was contained in the center piece.[2] It is not known whether The Garden was intended as an altarpiece, but the general view is that the extreme subject matter of the inner center and right panels make it unlikely that it was intended to function in a church or monastery, but was instead commissioned by a lay patron.[3]