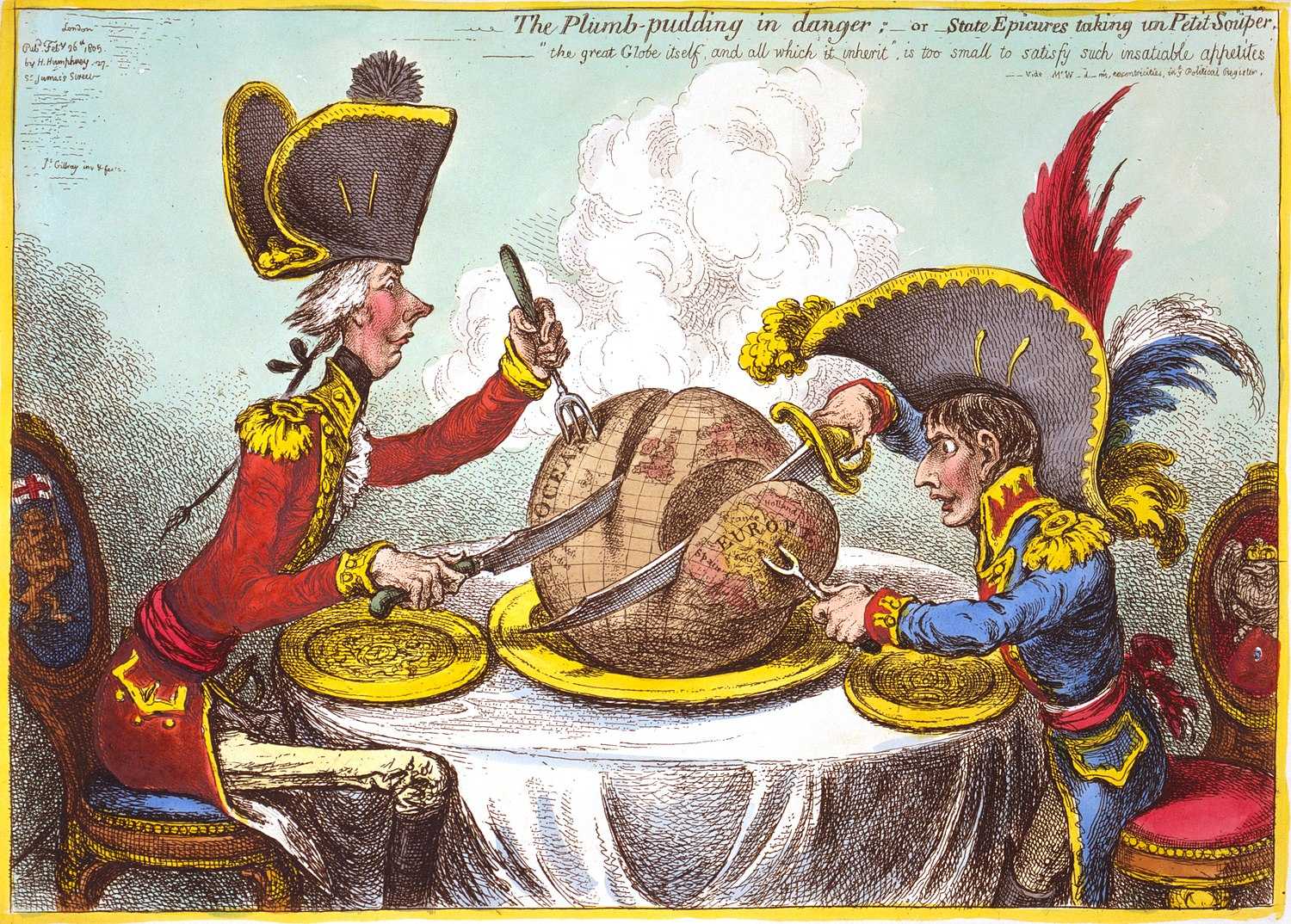 The Plumb-pudding in danger, or, State Epicures taking un Petit Souper is an 1805 editorial cartoon by the English artist James Gillray. The popular print depicts caricatures of the British Prime Minister William Pitt the Younger and the newly-crowned Emperor of France Napoleon, both wearing military uniforms, carving up a terrestrial globe into spheres of influence. It was published as a hand-coloured print and has been described by the National Portrait Gallery as "probably Gillray's most famous print" and by the British Library as "one of Gillray’s most famous satires dealing with the Napoleonic wars".