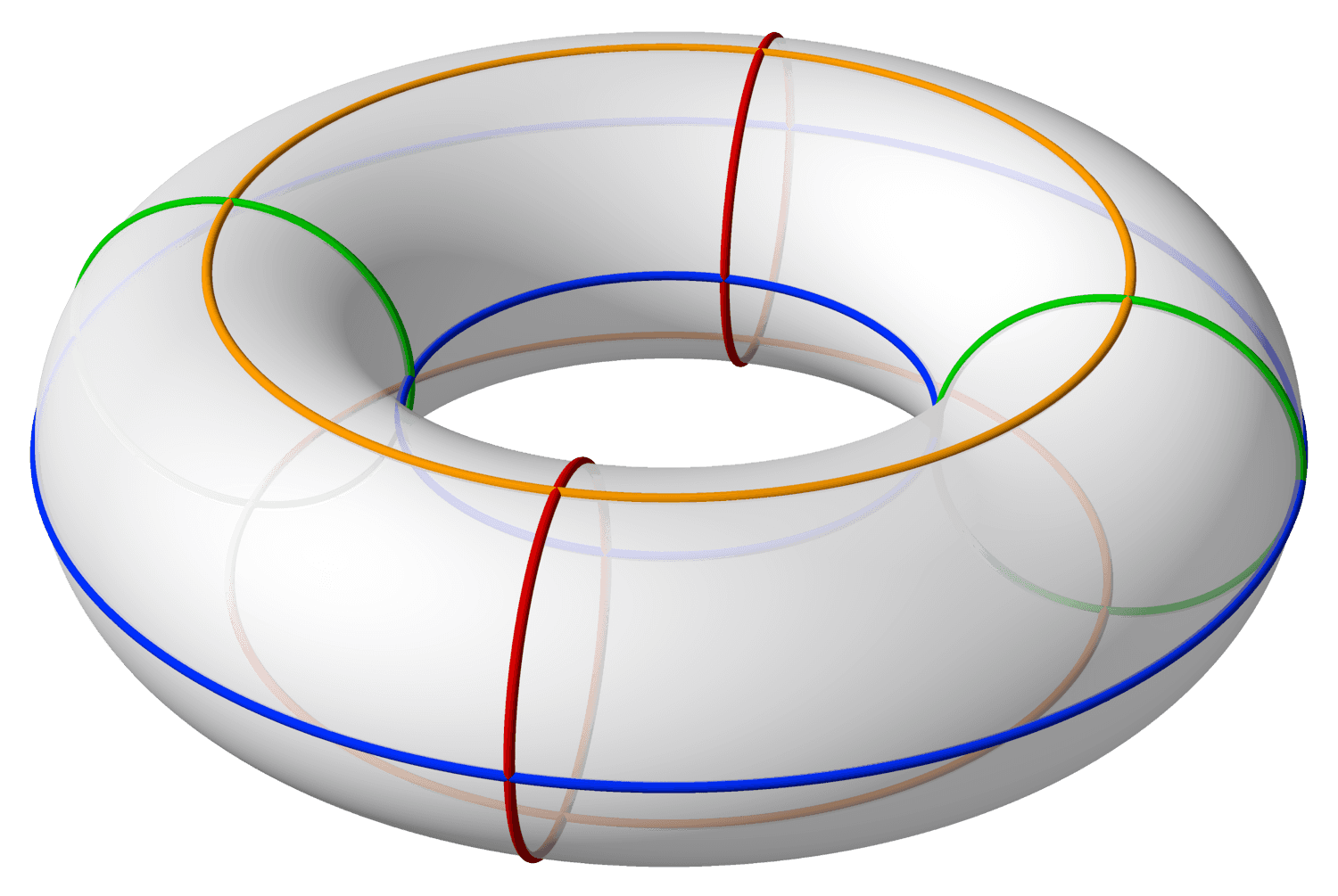 In geometry, a torus (plural tori, colloquially donut or doughnut) is a surface of revolution generated by revolving a circle in three-dimensional space about an axis that is coplanar with the circle.

A torus should not be confused with a solid torus, which is formed by rotating a disk, rather than a circle, around an axis. A solid torus is a torus plus the volume inside the torus. Real-world objects that approximate a solid torus include O-rings, non-inflatable lifebuoys, ring doughnuts, and bagels.

In topology, a ring torus is homeomorphic to the Cartesian product of two circles:

, and the latter is taken to be the definition in that context. It is a compact 2-manifold of genus 1. The ring torus is one way to embed this space into Euclidean space, but another way to do this is the Cartesian product of the embedding of

in the plane with itself. This produces a geometric object called the Clifford torus, a surface in 4-space.

In the field of topology, a torus is any topological space that is homeomorphic to a torus.[1] The surface of a coffee cup and a doughnut are both topological tori with genus one.

An example of a torus can be constructed by taking a rectangular strip of flexible material, for example, a rubber sheet, and joining the top edge to the bottom edge, and the left edge to the right edge, without any half-twists (compare Möbius strip).