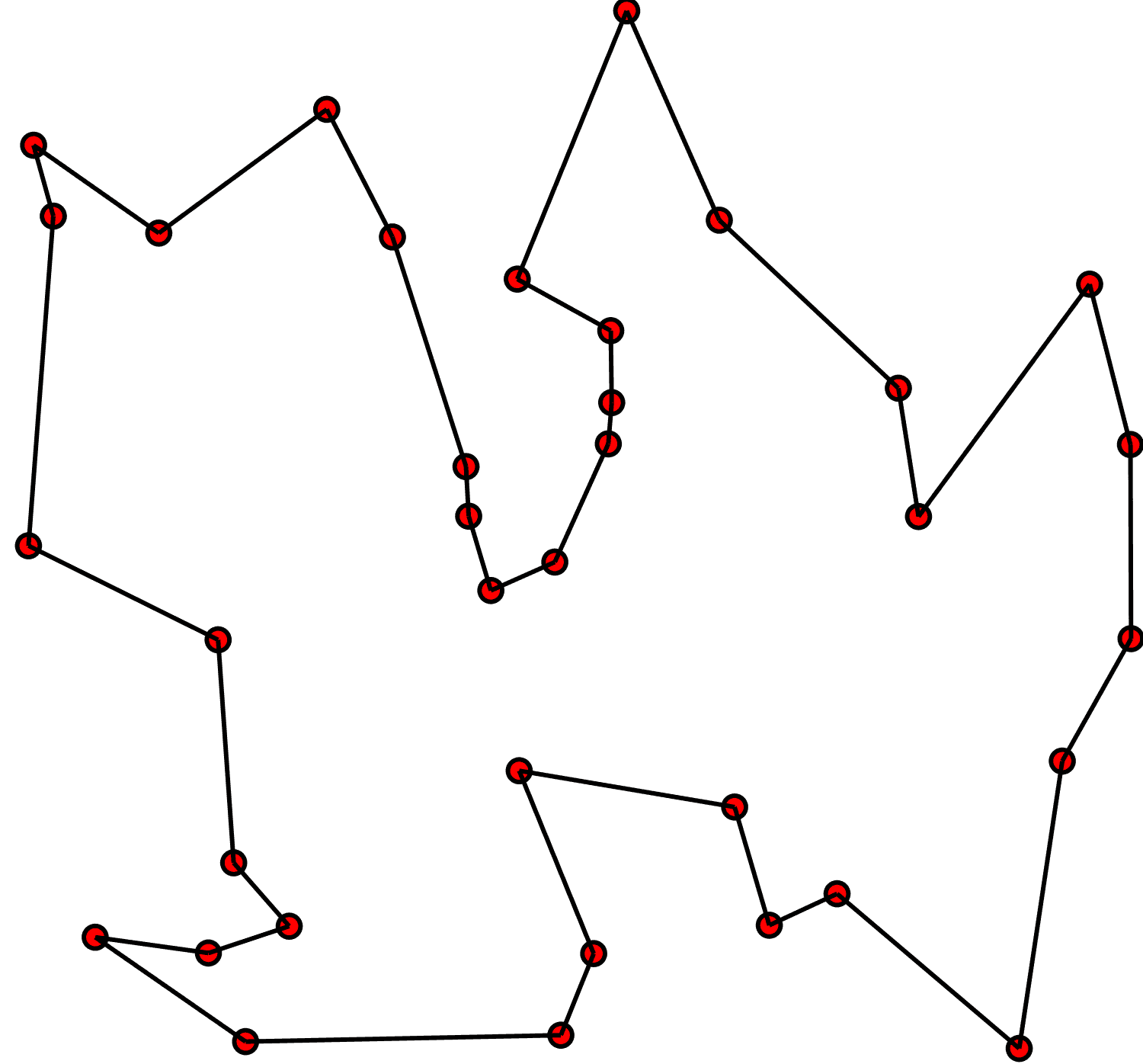 The travelling salesman problem (also called the travelling salesperson problem or TSP) asks the following question: "Given a list of cities and the distances between each pair of cities, what is the shortest possible route that visits each city exactly once and returns to the origin city?" It is an NP-hard problem in combinatorial optimization, important in theoretical computer science and operations research.

The travelling purchaser problem and the vehicle routing problem are both generalizations of TSP.

In the theory of computational complexity, the decision version of the TSP (where given a length L, the task is to decide whether the graph has a tour of at most L) belongs to the class of NP-complete problems. Thus, it is possible that the worst-case running time for any algorithm for the TSP increases superpolynomially (but no more than exponentially) with the number of cities.

The problem was first formulated in 1930 and is one of the most intensively studied problems in optimization. It is used as a benchmark for many optimization methods. Even though the problem is computationally difficult, many heuristics and exact algorithms are known, so that some instances with tens of thousands of cities can be solved completely and even problems with millions of cities can be approximated within a small fraction of 1%.[1]

The TSP has several applications even in its purest formulation, such as planning, logistics, and the manufacture of microchips. Slightly modified, it appears as a sub-problem in many areas, such as DNA sequencing. In these applications, the concept city represents, for example, customers, soldering points, or DNA fragments, and the concept distance represents travelling times or cost, or a similarity measure between DNA fragments. The TSP also appears in astronomy, as astronomers observing many sources will want to minimize the time spent moving the telescope between the sources; in such problems, the TSP can be embedded inside an optimal control problem. In many applications, additional constraints such as limited resources or time windows may be imposed.