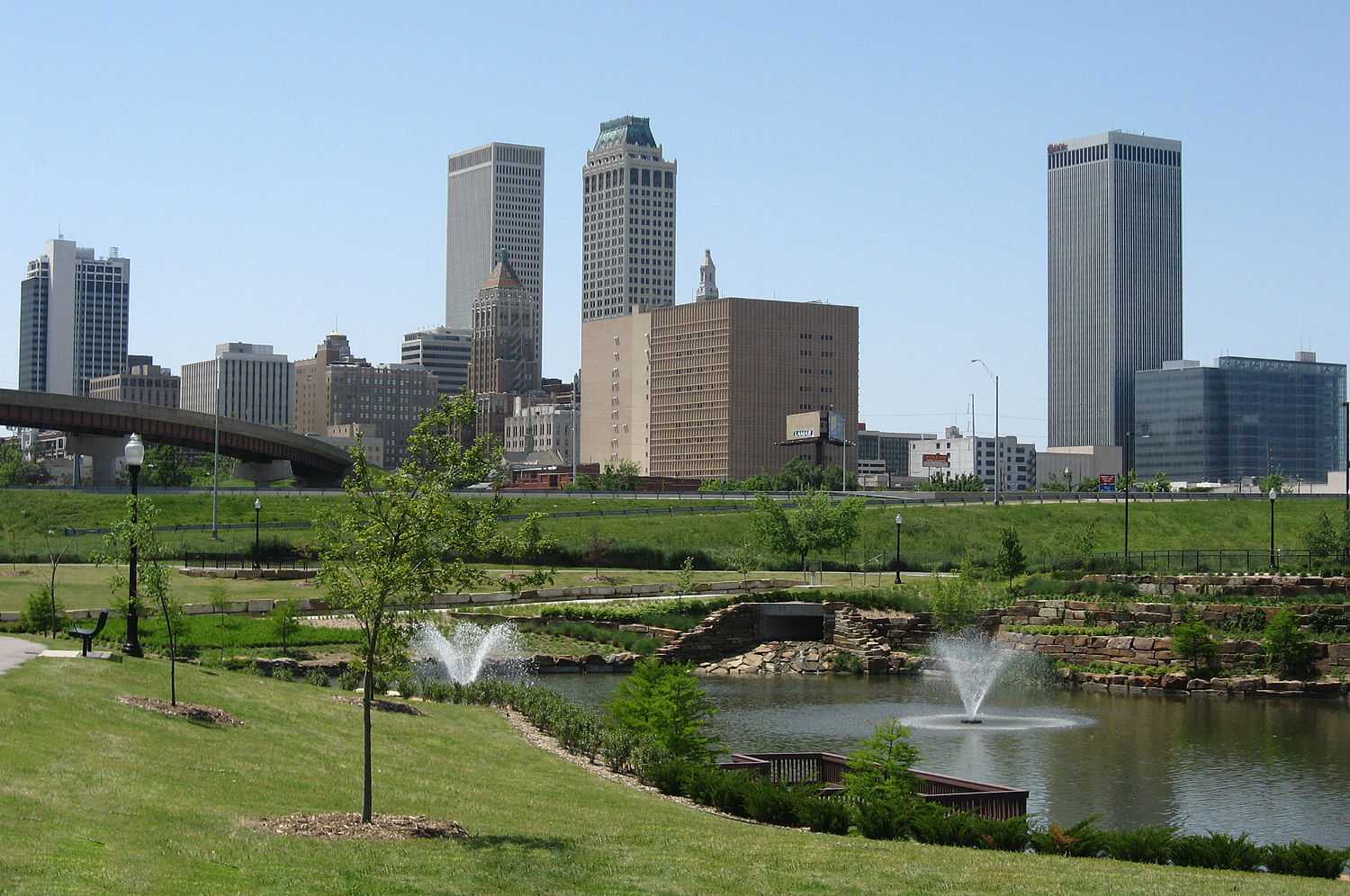 Tulsa (/ˈtʌlsə/) is the second-largest city in the state of Oklahoma and 47th-most populous city in the United States. The population was 413,066 as of the 2020 census.[5] It is the principal municipality of the Tulsa metropolitan area, a region with 1,023,988 residents. The city serves as the county seat of Tulsa County, the most densely populated county in Oklahoma,[6] with urban development extending into Osage, Rogers, and Wagoner counties.[7]

Tulsa was settled between 1828 and 1836 by the Lochapoka Band of Creek Native American tribe and most of Tulsa is still part of the territory of the Muscogee (Creek) Nation.[8][lower-alpha 1]

Historically, a robust energy sector fueled Tulsa's economy; however, today the city has diversified and leading sectors include finance, aviation, telecommunications and technology.[9] Two institutions of higher education within the city have sports teams at the NCAA Division I level: Oral Roberts University and the University of Tulsa. As well, the University of Oklahoma has a secondary campus at the Tulsa Schusterman Center, and Oklahoma State University has a secondary campus located in downtown Tulsa. For most of the 20th century, the city held the nickname "Oil Capital of the World" and played a major role as one of the most important hubs for the American oil industry.[10]

It is situated on the Arkansas River between the Osage Hills and the foothills of the Ozark Mountains in northeast Oklahoma, a region of the state known as "Green Country". Considered the cultural and arts center of Oklahoma,[11][12] Tulsa houses two art museums, full-time professional opera and ballet companies, and one of the nation's largest concentrations of art deco architecture.[13]