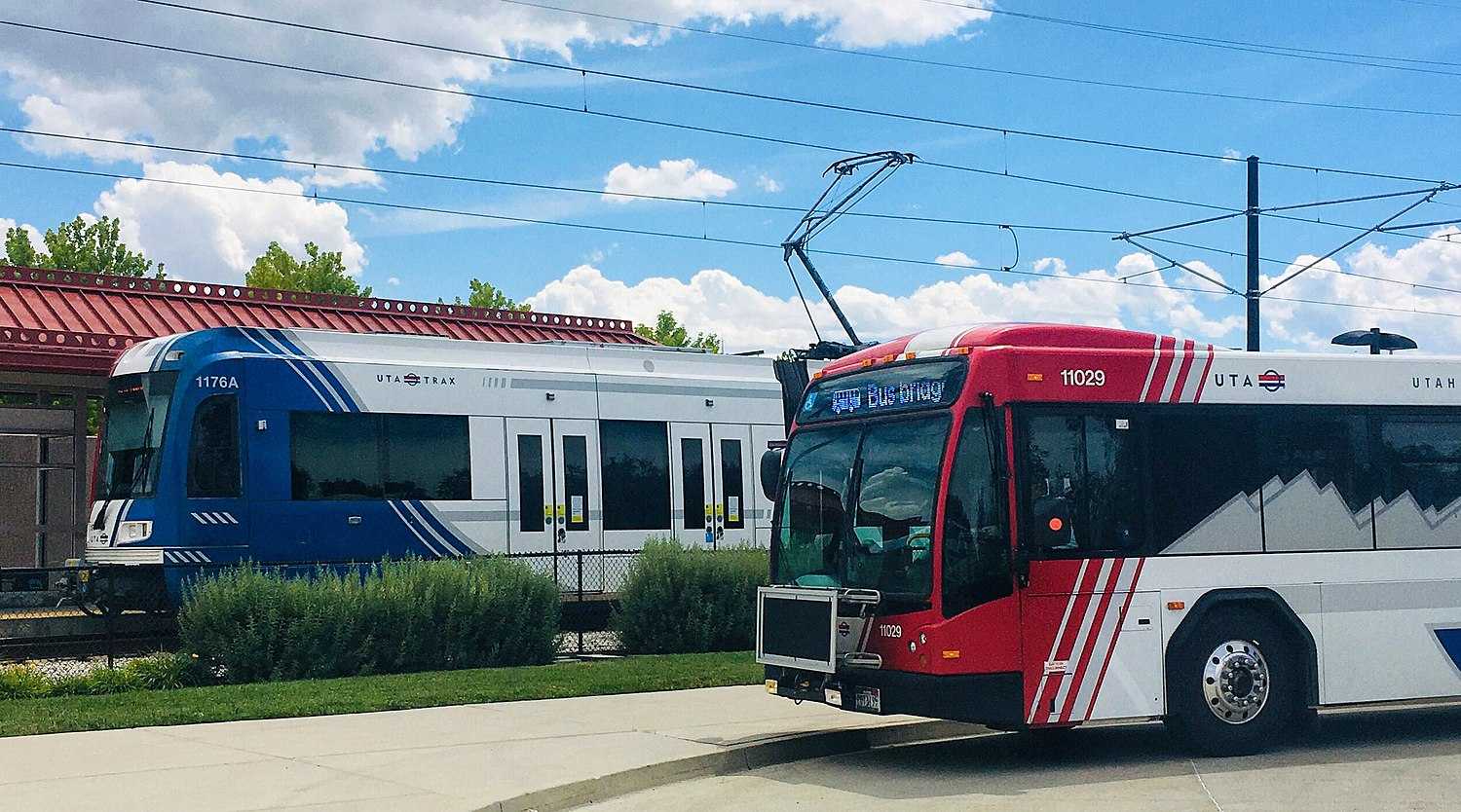 The Utah Transit Authority (UTA) is a special service district responsible for providing public transportation throughout the Wasatch Front of Utah, in the United States, which includes the metropolitan areas of Ogden, Park City, Provo, Salt Lake City and Tooele. It operates fixed route buses, flex route buses, express buses, ski buses, three light rail lines in Salt Lake County (TRAX), a streetcar line in Salt Lake City (the S-Line), and a commuter rail train (FrontRunner) from Ogden through Salt Lake City to Provo. UTA is headquartered in Salt Lake City with operations and garages in locations throughout the Wasatch Front, including Ogden, Midvale and Orem. Light rail vehicles are stored and maintained at yards at locations in South Salt Lake and Midvale. UTA's commuter rail equipment is stored and serviced at a facility in Salt Lake City. In 2021, the system had a ridership of 23,960,100, or about 100,500 per weekday as of the second quarter of 2022.