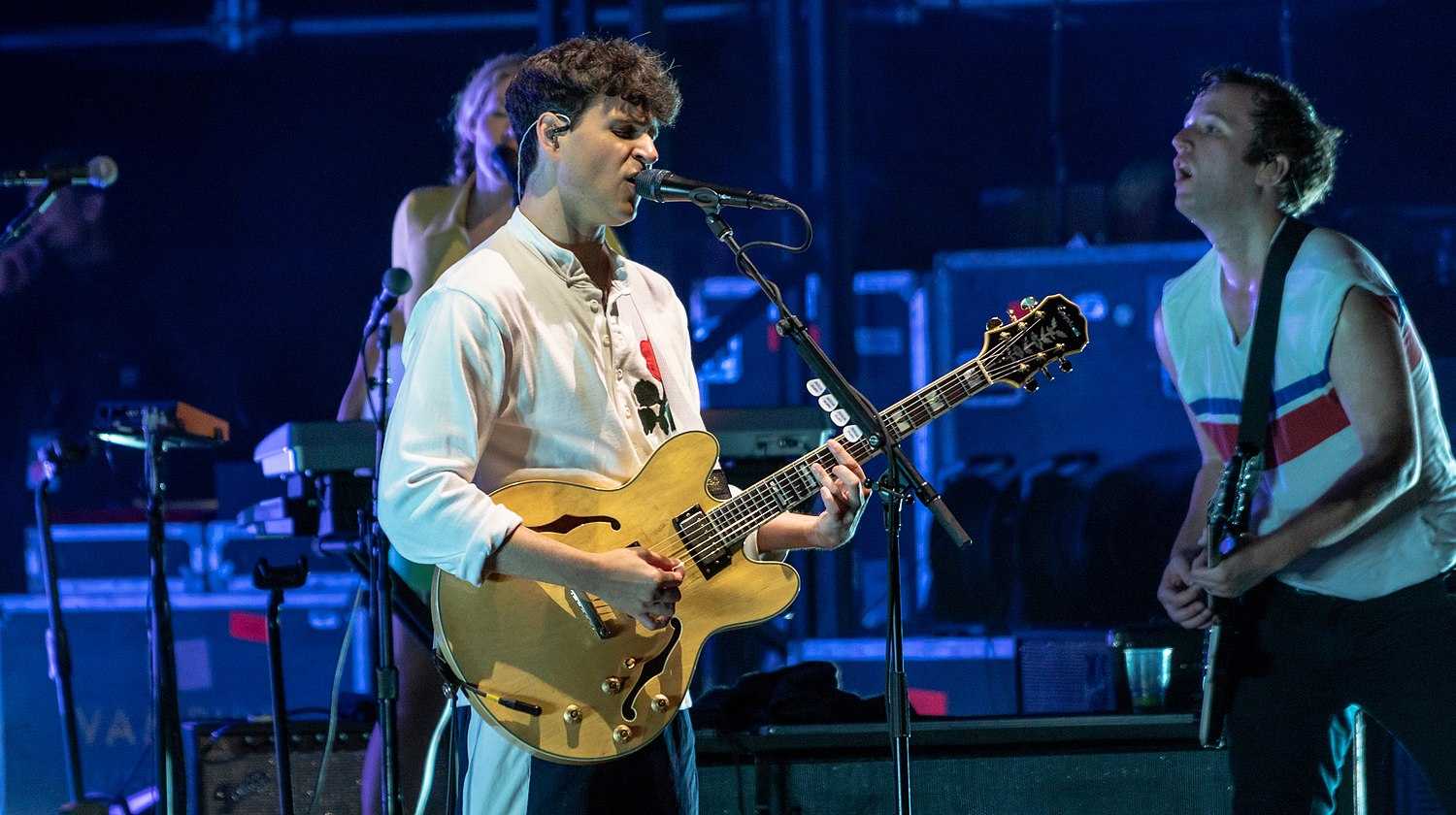 The band's eponymous first album Vampire Weekend (2008)—which included charting singles "A-Punk" and "Oxford Comma"—showcased a blend of indie pop, Afropop influences, and chamber music elements, and has been hailed as one of the greatest debut albums.[8] Their following album, Contra (2010), was similarly acclaimed and garnered strong commercial success with debuted at number one on the US Billboard 200; it featured the single "Holiday". Their subsequent studio albums Modern Vampires of the City (2013) and Father of the Bride (2019) continued its success, with each album topping the US chart and winning the Grammy Award for Best Alternative Music Album in their respective years.