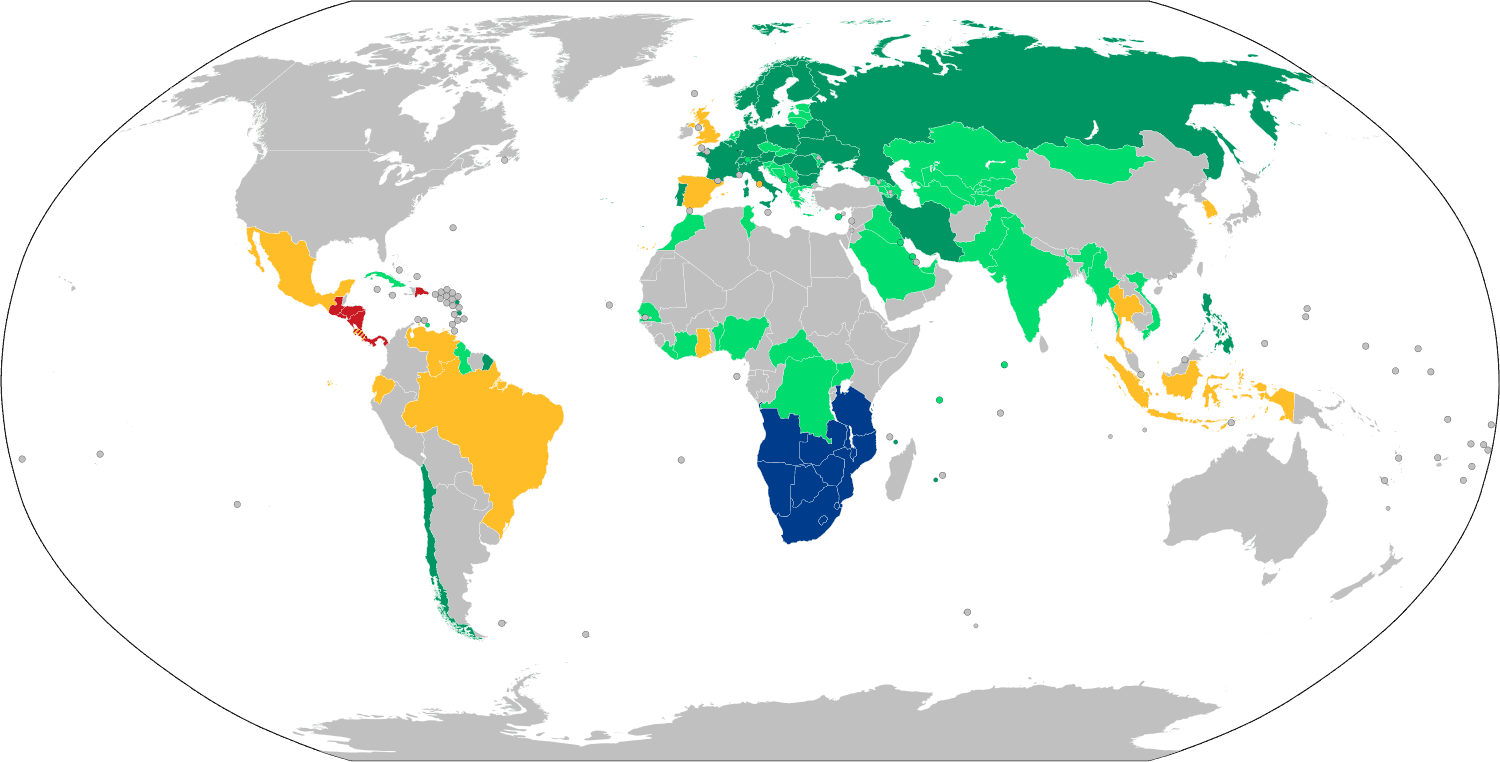 This convention was agreed upon by the United Nations Economic and Social Council at its Conference on Road Traffic in Vienna 7 October to 8 November 1968, was concluded in Vienna on 8 November 1968, and entered into force on 6 June 1978. This conference also produced the Vienna Convention on Road Traffic, which complements this legislation by standardising international traffic laws.

The convention revised and substantially extended the earlier 1949 Geneva Protocol on Road Signs and Signals,[1] itself based in turn on the 1931 Geneva Convention concerning the Unification of Road Signals. Amendments, including new provisions regarding the legibility of signs, priority at roundabouts, and new signs to improve safety in tunnels were adopted in 2003.

Both the Vienna Convention and the Geneva Protocol were formed according to consensus on road traffic signs that evolved primarily in 20th century continental Western Europe. In order to make it as universal as possible, the convention allows some variations, for example danger warning signs can be triangular or square diamond in shape and road markings can be white or yellow. Though most UN members have not ratified the full treaty, the signs and legal principles enshrined in it form the basis of traffic law in a majority of places.

An alternative convention called the SADC-RTSM, provided by the Southern African Development Community (SADC), is used by ten countries in southern Africa. Many of the rules and principles of the SADC-RTSM are similar to those of the Vienna Convention.

In the United States, signs are based on the US Federal Highway Administration's Manual on Uniform Traffic Control Devices. Signs in the MUTCD are often more text-oriented, though some signs do use pictograms as well. Canada and Australia have road signs based substantially on the MUTCD. In South America, parts of Asia (such as Thailand, Malaysia and Indonesia) and New Zealand, road signage is influenced by both the Vienna Convention and MUTCD. In Central America, road signs are heavily influenced by MUTCD and based on the Manual Centroamericano de Dispositivos Uniformes para el Control del Transito, a Central American Integration System (SICA) equivalent to the US MUTCD.