Viggo Brun - Wikiwand
For faster navigation, this Iframe is preloading the Wikiwand page for Viggo Brun. 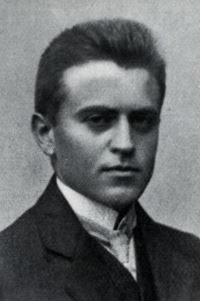 In 1915, he introduced a new method, based on Legendre's version of the sieve of Eratosthenes, now known as the Brun sieve, which addresses additive problems such as Goldbach's conjecture and the twin prime conjecture. He used it to prove that there exist infinitely many integers n such that n and n+2 have at most nine prime factors, and that all large even integers are the sum of two numbers with at most nine prime factors.[2]

He also showed that the sum of the reciprocals of twin primes converges to a finite value, now called Brun's constant: by contrast, the sum of the reciprocals of all primes is divergent. He developed a multi-dimensional continued fraction algorithm in 1919–1920 and applied this to problems in musical theory. He also served as praeses of the Royal Norwegian Society of Sciences and Letters in 1946.[3]

Academic offices Preceded byRagnvald Iversen Praeses of the Royal Norwegian Society of Sciences and Letters1946 Succeeded byRagnvald Iversen
Authority control
Categories
Categories:
{{bottomLinkPreText}} {{bottomLinkText}}
This page is based on a Wikipedia article written by contributors (read/edit).
Text is available under the CC BY-SA 4.0 license; additional terms may apply.
Images, videos and audio are available under their respective licenses.