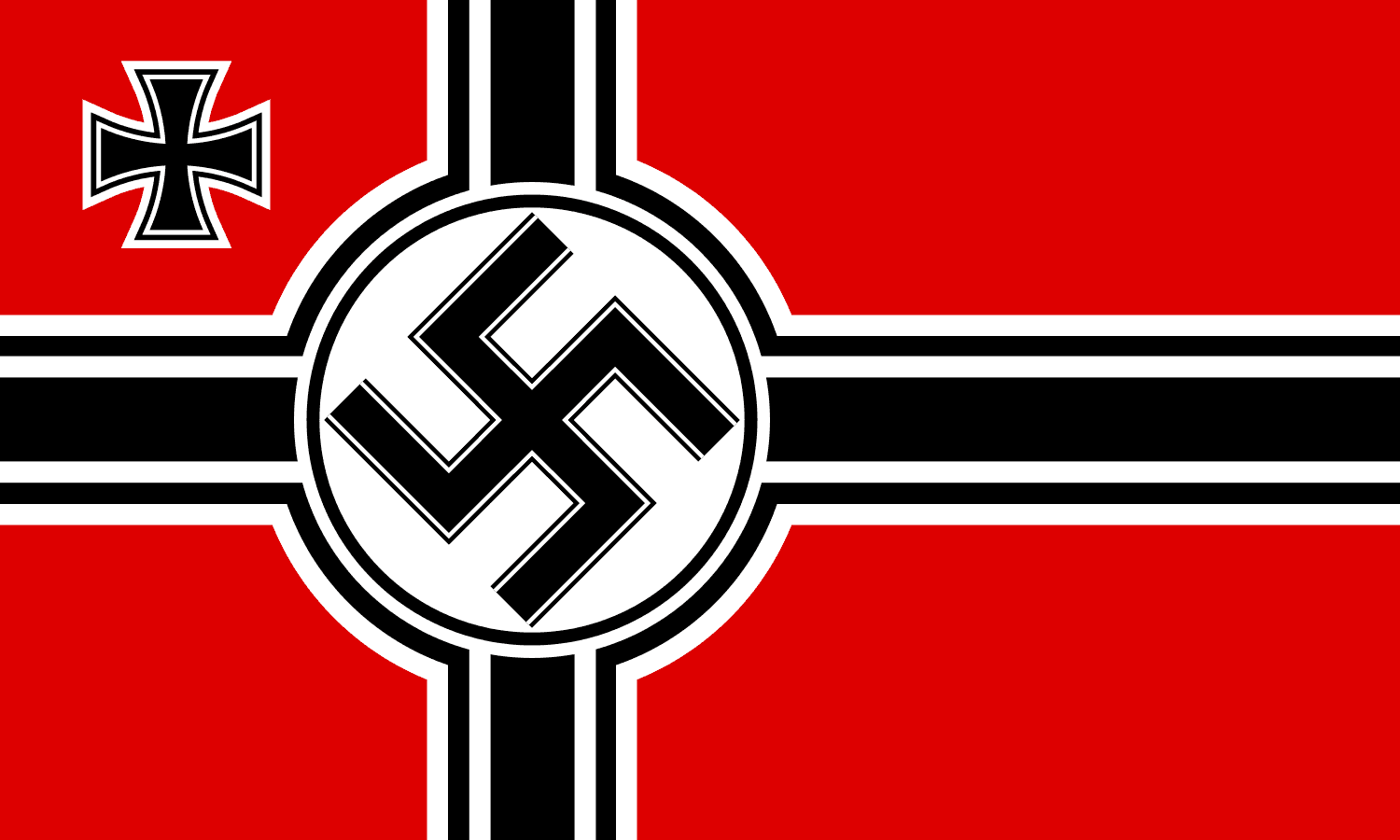 listen), lit. 'defence force') were the unified armed forces of Nazi Germany from 1935 to 1945. It consisted of the Heer (army), the Kriegsmarine (navy) and the Luftwaffe (air force). The designation "Wehrmacht" replaced the previously used term Reichswehr and was the manifestation of the Nazi regime's efforts to rearm Germany to a greater extent than the Treaty of Versailles permitted.[11]

After the Nazi rise to power in 1933, one of Adolf Hitler's most overt and audacious moves was to establish the Wehrmacht, a modern offensively-capable armed force, fulfilling the Nazi régime's long-term goals of regaining lost territory as well as gaining new territory and dominating its neighbours. This required the reinstatement of conscription and massive investment and defense spending on the arms industry.[12]

The Wehrmacht formed the heart of Germany's politico-military power. In the early part of the Second World War, the Wehrmacht employed combined arms tactics (close-cover air-support, tanks and infantry) to devastating effect in what became known as Blitzkrieg (lightning war). Its campaigns in France (1940), the Soviet Union (1941) and North Africa (1941/42) are regarded by historians as acts of boldness.[13] At the same time, the far-flung advances strained the Wehrmacht's capacity to the breaking point, culminating in its first major defeat in the Battle of Moscow (1941); by late 1942, Germany was losing the initiative in all theatres. The German operational art proved no match to the war-making abilities of the Allied coalition, making the Wehrmacht's weaknesses in strategy, doctrine and logistics apparent.[14]

Closely cooperating with the SS and the Einsatzgruppen, the German armed forces committed numerous war crimes (despite later denials and promotion of the myth of the clean Wehrmacht).[15] The majority of the war crimes took place in the Soviet Union, Poland, Yugoslavia, Greece and Italy, as part of the war of annihilation against the Soviet Union, the Holocaust and Nazi security warfare.

During World War II about 18 million men served in the Wehrmacht.[16] By the time the war ended in Europe in May 1945, German forces (consisting of the Heer, the Kriegsmarine, the Luftwaffe, the Waffen-SS, the Volkssturm, and foreign collaborator units) had lost approximately 11,300,000 men, about 5,318,000 of whom were missing, killed or died in captivity.[17] Only a few of the Wehrmacht's upper leadership went on trial for war crimes, despite evidence suggesting that more were involved in illegal actions.[18][19] According to Ian Kershaw, most of the three million Wehrmacht soldiers who invaded the USSR participated in war crimes.[20]