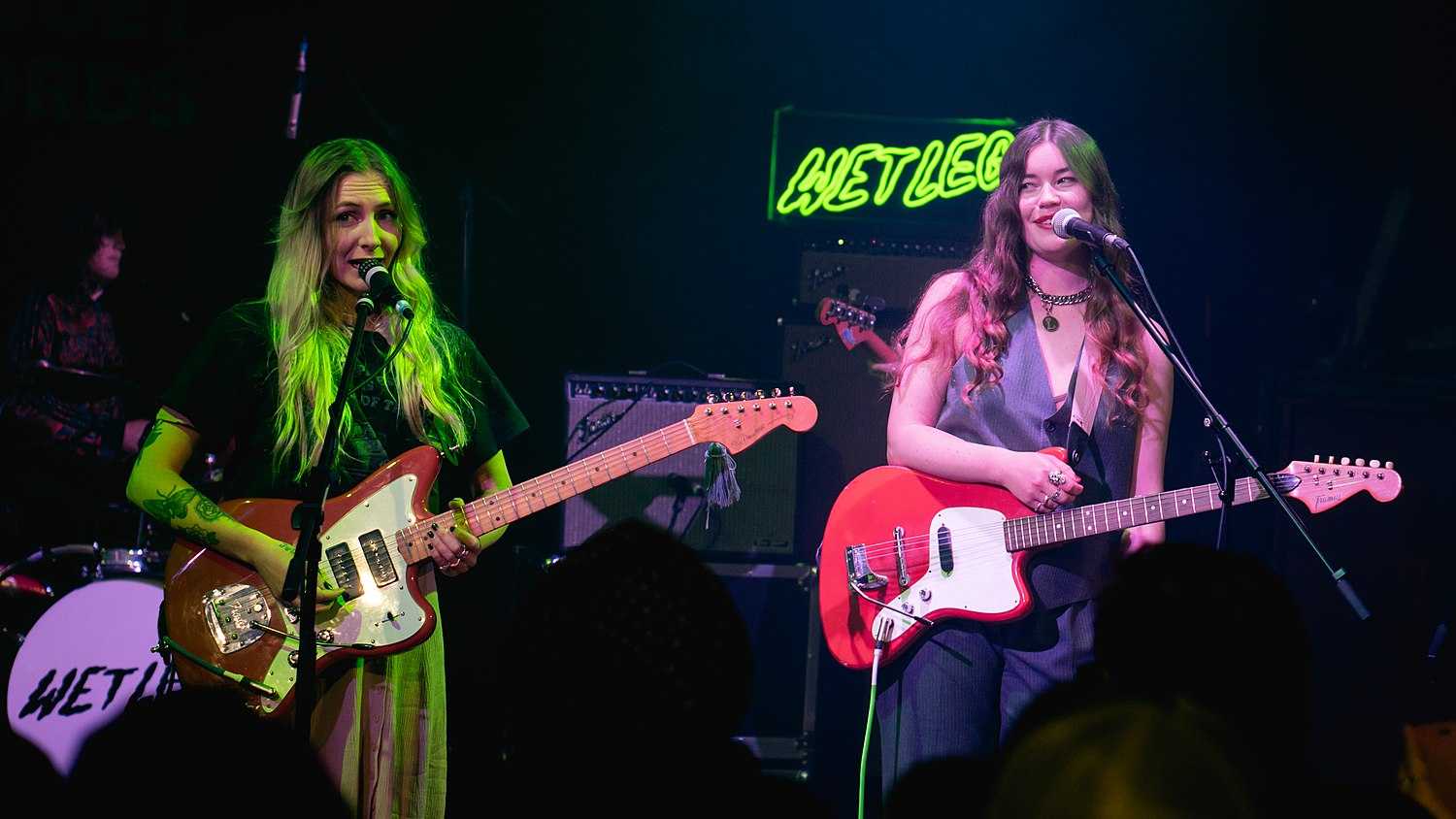 Wet Leg are a British indie rock band from the Isle of Wight, founded in 2019 by Rhian Teasdale and Hester Chambers. They debuted with the single "Chaise Longue" in 2021. Their self-titled debut album debuted in 2022 at number one on the UK Albums Chart, Australia's ARIA Albums Chart, and the Irish Albums Chart. The album was shortlisted for the 2022 Mercury Prize. At the 65th Annual Grammy Awards, Wet Leg has received three nominations, including Best New Artist.[5]