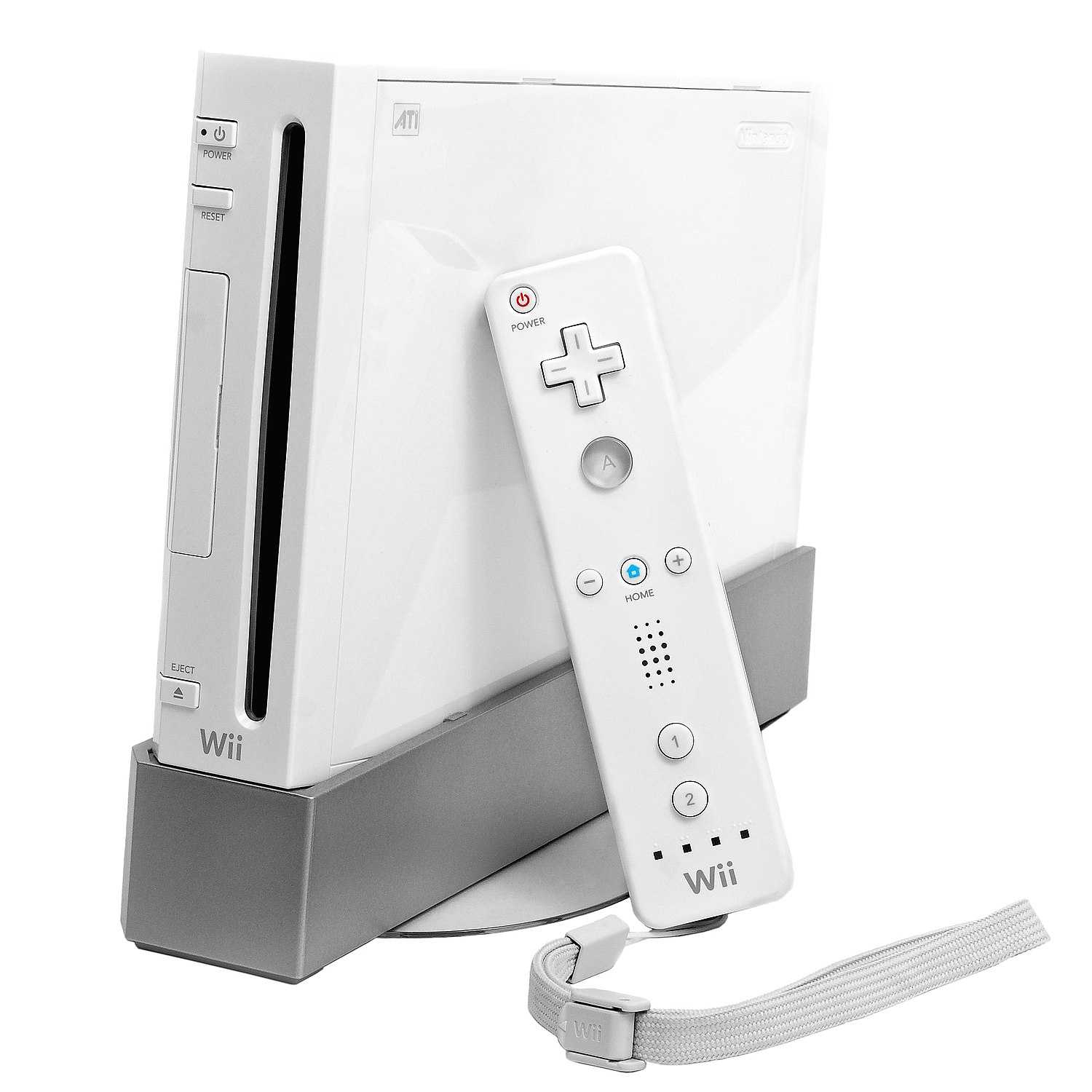 The Wii[lower-alpha 7] (/wiː/ WEE) is a home video game console developed and marketed by Nintendo. It was released on November 19, 2006, in North America and in December 2006 for most other regions of the world. It is Nintendo's fifth major home game console, following the GameCube and is a seventh-generation console alongside Microsoft's Xbox 360 and Sony's PlayStation 3.

In developing the Wii, Nintendo president Satoru Iwata directed the company to avoid competing with Microsoft and Sony on computational graphics and power and instead to target a broader demographic of players through novel gameplay. Game designers Shigeru Miyamoto and Genyo Takeda led the console's development under the codename Revolution. The primary controller for the Wii is the Wii Remote, a wireless controller with both motion sensing and traditional controls which can be used as a pointing device towards the television screen or for gesture recognition. The Wii was Nintendo's first home console to directly support Internet connectivity, supporting both online games and for digital distribution of games and media applications through the Wii Shop Channel. The Wii also supports wireless connectivity with the Nintendo DS handheld console for selected games. Initial Wii models included full backward compatibility support for the GameCube. Later in its lifecycle, two lower-cost Wii models were produced: a revised model with the same design as the original Wii but removed the GameCube compatibility features and the Wii Mini, a compact, budget redesign of the Wii which further removed features including online connectivity and SD card storage.

Because of Nintendo's reduced focus on computational power, the Wii and its games were less expensive to produce than its competitors. The Wii was extremely popular at launch, causing the system to be in short supply in some markets. A bundled game, Wii Sports, was considered the killer app for the console; other flagship games included entries in the Super Mario, Legend of Zelda, Pokémon, and Metroid series. Within a year of launch, the Wii became the best-selling seventh-generation console, and by 2013, had surpassed over 100 million units sold. Total lifetime sales of the Wii had reached over 101 million units, making it Nintendo's best-selling home console until it was surpassed by the Nintendo Switch in 2021.[lower-alpha 8] As of 2022, the Wii is the fifth-best-selling home console of all time.

The Wii repositioned Nintendo as a key player in the video game console marketplace. The introduction of motion-controlled games via the Wii Remote led both Microsoft and Sony to develop their own competing products—the Kinect and PlayStation Move, respectively. Nintendo found that, while the Wii had broadened the demographics that they wanted, the core gamer audience had shunned the Wii. The Wii's successor, the Wii U, sought to recapture the core gamer market with additional features atop the Wii. The Wii U was released in 2012, and Nintendo continued to sell both units through the following year. The Wii was formally discontinued in October 2013, though Nintendo continued to produce and market the Wii Mini through 2017, and offered a subset of the Wii's online services through 2019.