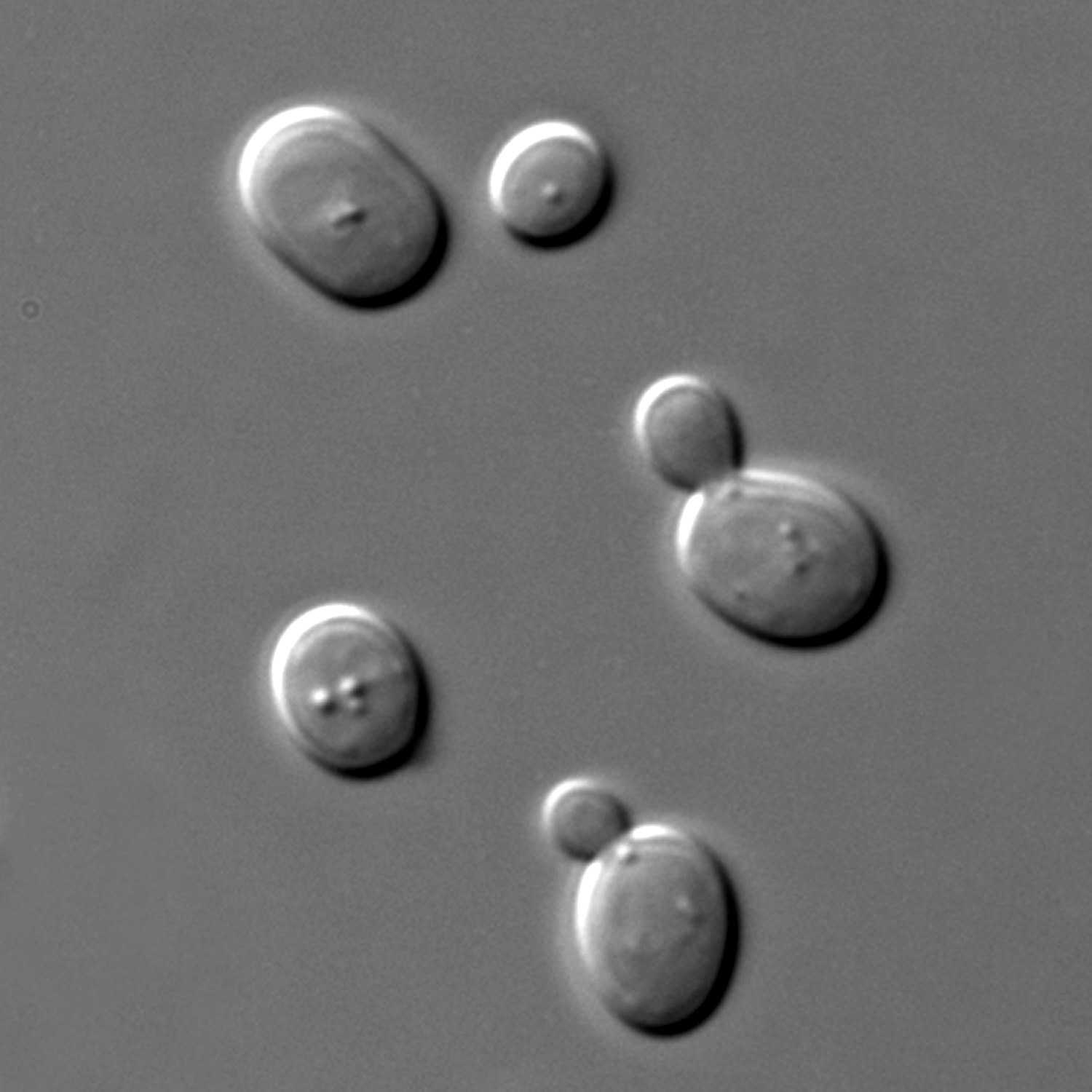 Yeasts are eukaryotic, single-celled microorganisms classified as members of the fungus kingdom. The first yeast originated hundreds of millions of years ago, and at least 1,500 species are currently recognized.[1][2][3] They are estimated to constitute 1% of all described fungal species.[4]

Yeasts are unicellular organisms that evolved from multicellular ancestors,[5] with some species having the ability to develop multicellular characteristics by forming strings of connected budding cells known as pseudohyphae or false hyphae.[6] Yeast sizes vary greatly, depending on species and environment, typically measuring 3–4 µm in diameter, although some yeasts can grow to 40 µm in size.[7] Most yeasts reproduce asexually by mitosis, and many do so by the asymmetric division process known as budding. With their single-celled growth habit, yeasts can be contrasted with molds, which grow hyphae. Fungal species that can take both forms (depending on temperature or other conditions) are called dimorphic fungi.

The yeast species Saccharomyces cerevisiae converts carbohydrates to carbon dioxide and alcohols through the process of fermentation. The products of this reaction have been used in baking and the production of alcoholic beverages for thousands of years.[8] S. cerevisiae is also an important model organism in modern cell biology research, and is one of the most thoroughly studied eukaryotic microorganisms. Researchers have cultured it in order to understand the biology of the eukaryotic cell and ultimately human biology in great detail.[9] Other species of yeasts, such as Candida albicans, are opportunistic pathogens and can cause infections in humans. Yeasts have recently been used to generate electricity in microbial fuel cells[10] and to produce ethanol for the biofuel industry.

Yeasts do not form a single taxonomic or phylogenetic grouping. The term "yeast" is often taken as a synonym for Saccharomyces cerevisiae,[11] but the phylogenetic diversity of yeasts is shown by their placement in two separate phyla: the Ascomycota and the Basidiomycota. The budding yeasts or "true yeasts" are classified in the order Saccharomycetales,[12] within the phylum Ascomycota.