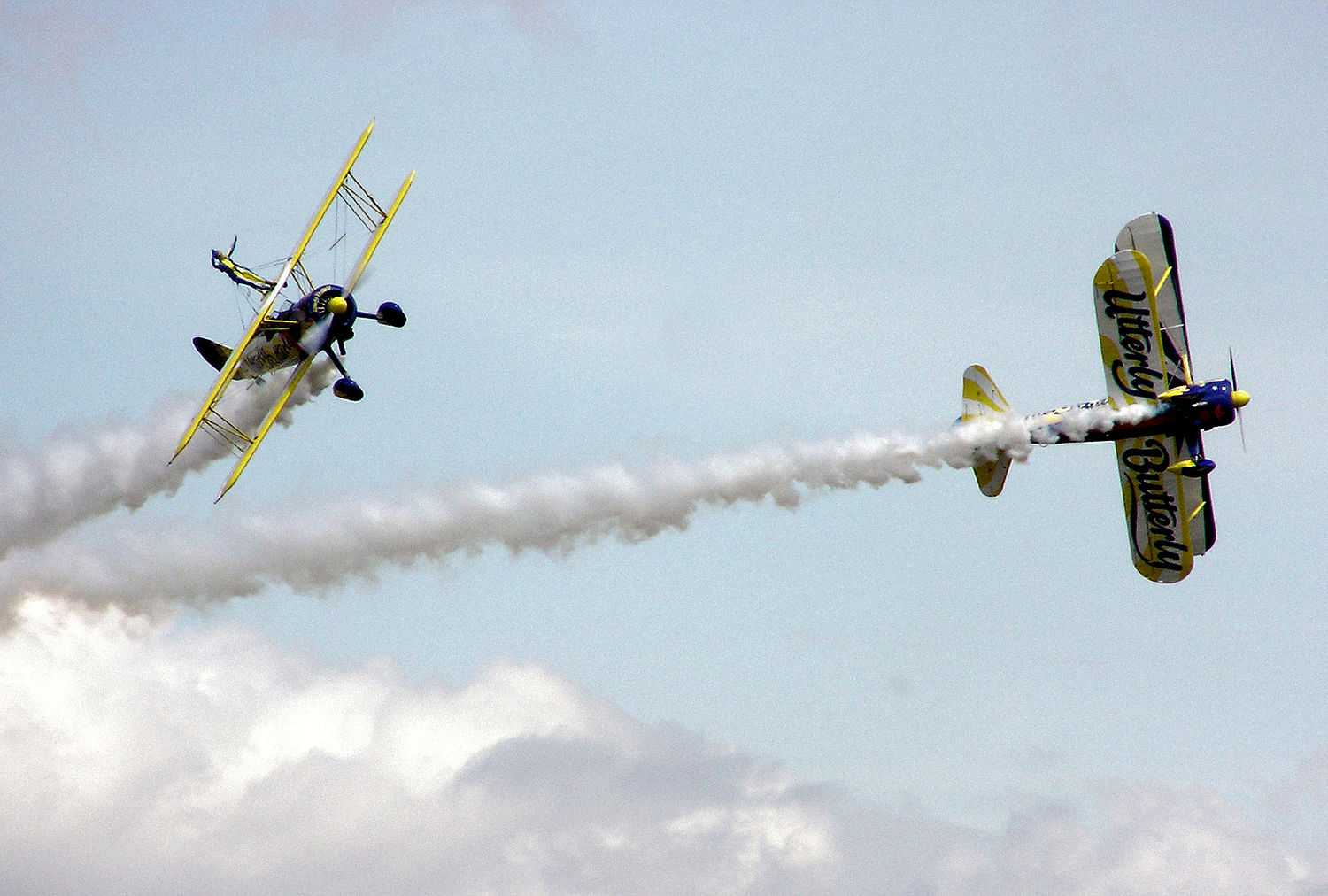 Aerobatic maneuvers are flight paths putting aircraft in unusual attitudes, in air shows, dogfights or competition aerobatics. Aerobatics can be performed by a single aircraft or in formation with several others. Nearly all aircraft are capable of performing aerobatics maneuvers of some kind, although it may not be legal or safe to do so in certain aircraft.

Most aerobatic figures are composites of these basic maneuvers with rolls superimposed.

A loop is when the pilot pulls the plane up into the vertical, continues around until they are heading back in the same direction, like making a 360 degree turn, except it is in the vertical plane instead of the horizontal. The pilot will be inverted (upside down) at the top of the loop. A loop can also be performed by rolling inverted and making the same maneuver but diving towards the ground. It can be visualized as making a loop of ribbon, hence the name it is given (there is an animation depicting a loop on the bottom of this page).

A roll is simply rotating the plane about its roll axis, using the ailerons. It can be done in increments of 360 degrees (i.e. four short 90 degree rolls will bring the aircraft back to its upright position).

A spin is more complex, involving intentionally stalling a single wing, causing the plane to descend spiraling around its yaw axis in a corkscrew motion.

A hammerhead (also known as a stall turn) is performed by pulling the aircraft up until it is pointing straight up (much like the beginning of a loop), but the pilot continues to fly straight up until their airspeed has dropped to a certain critical point. The pilot then uses the rudder to rotate the aircraft around its yaw axis until it has turned 180deg and is pointing straight down, facing the direction from which the aircraft came. The aircraft gains speed, and the pilot continues and returns to level flight, travelling in the opposite direction from which the maneuver began. It is also known as a "tailslide", from the yawing turn, which is different from the typical method of turning an aircraft in the pitch axis.