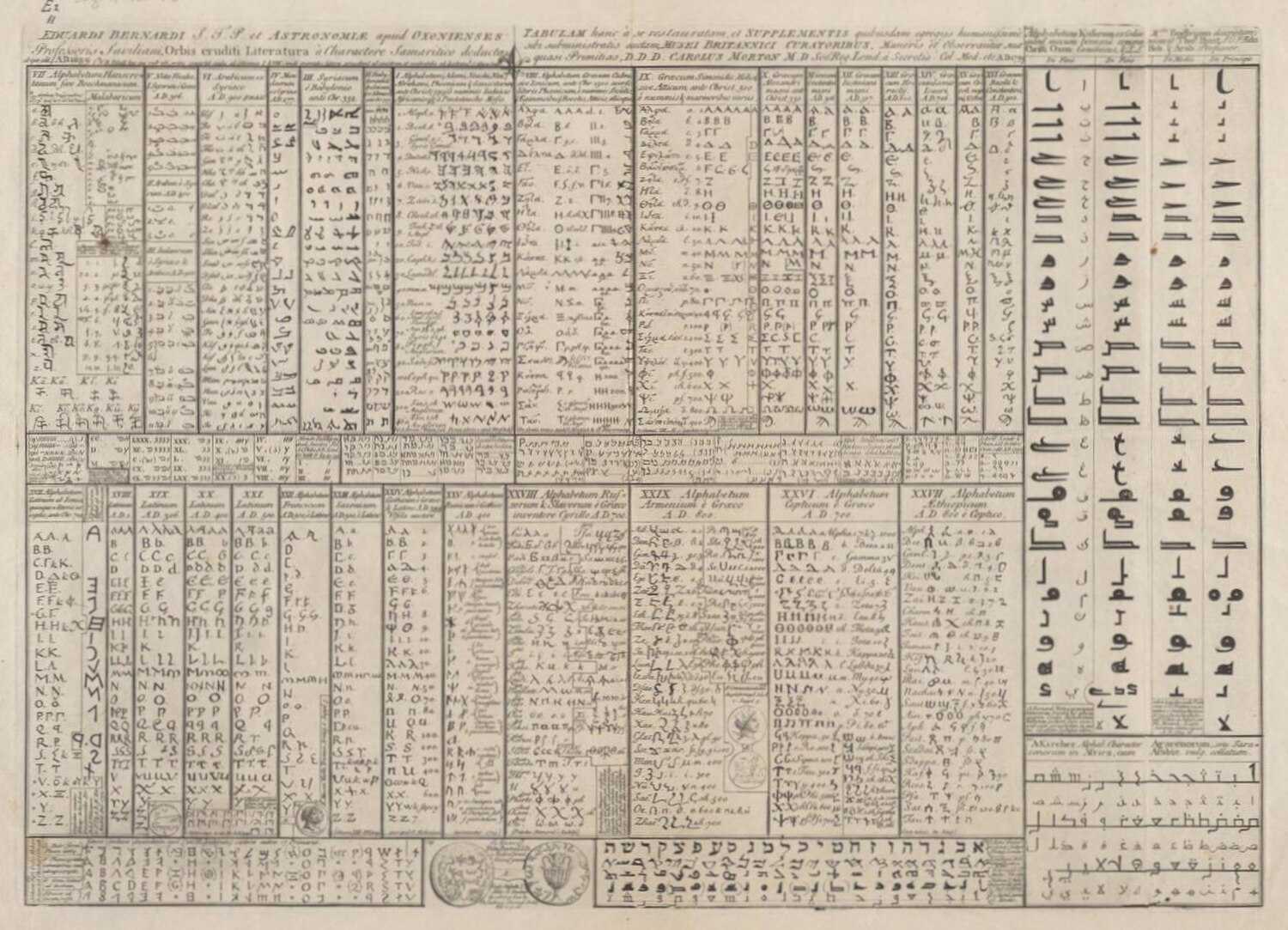 An alphabet is a standardized set of basic written graphemes (called letters) that represent the phonemes of certain spoken languages.[2] Not all writing systems represent language in this way; in a syllabary, each character represents a syllable, and logographic systems use characters to represent words, morphemes, or other semantic units.[3][4]

Standard set of letters present in some written languages

The first fully phonemic script, the Proto-Sinaitic script, now the modern Phoenician alphabet, is considered to be the first alphabet and is the ancestor of most modern alphabets, abjads, and abugidas, including Arabic, Cyrillic, Greek, Hebrew, Latin, and possibly Brahmic.[5][6] It was created by Semitic-speaking workers and slaves in the Sinai Peninsula in modern day Egypt, by selecting a small number of hieroglyphs commonly seen in their Egyptian surroundings to describe the sounds, as opposed to the semantic values of the Canaanite languages.[7][8] However, Peter T. Daniels distinguishes an abugida, a set of graphemes that represent consonantal base letters that diacritics modify to represent vowels (as in Devanagari and other South Asian scripts), an abjad, in which letters predominantly or exclusively represent consonants (as in the original Phoenician, Hebrew or Arabic), and an alphabet, a set of graphemes that represent both consonants and vowels. In this narrow sense of the word, the first true alphabet was the Greek alphabet,[9][10] which was based on the earlier Phoenician abjad.

Of the dozens of alphabets in use today, the most popular is the Latin alphabet[11] (originally derived from the Greek alphabet), which is now used by many languages worldwide, often with the addition of extra letters or diacritical marks.

Alphabets are usually associated with a standard ordering of letters. This makes them useful for purposes of collation, specifically by allowing words to be sorted in alphabetical order. It also means that their letters can be used as an alternative method of "numbering" ordered items, in such contexts as numbered lists and number placements.