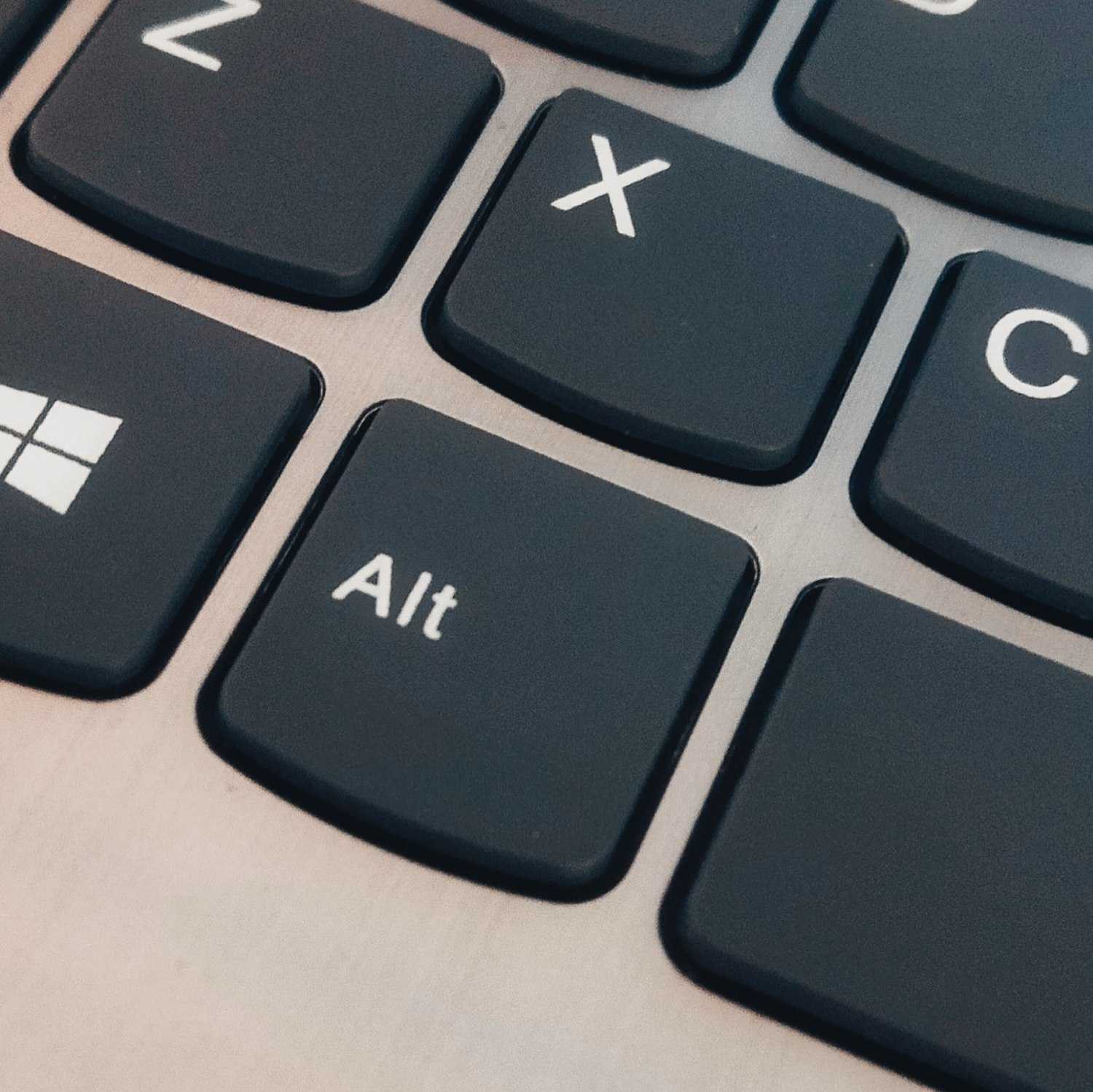 The Alt key Alt (pronounced /ɔːlt/ AWLT or /ʌlt/ ULT) on a computer keyboard is used to change (alternate) the function of other pressed keys. Thus, the Alt key is a modifier key, used in a similar fashion to the Shift key. For example, simply pressing A will type the letter 'a', but holding down the Alt key while pressing A will cause the computer to perform an Alt+A function, which varies from program to program. The international standard ISO/IEC 9995-2 calls it Alternate key. The key is located on either side of the space bar, but in non-US PC keyboard layouts, rather than a second Alt key, there is an 'Alt Gr' key to the right of the space bar. Both placements are in accordance with ISO/IEC 9995-2. With some keyboard mappings (such as US-International), the right Alt key can be reconfigured to function as an AltGr key although not engraved as such.

The standardized keyboard symbol for the Alt key, ⎇ (which may be used when the usual Latin lettering “Alt” is not preferred for labeling the key) is given in ISO/IEC 9995-7 as symbol 25, and in ISO 7000 “Graphical symbols for use on equipment” as symbol ISO-7000-2105. This symbol is encoded in Unicode as U+2387 alternative key symbol (⎇). Macintosh keyboards equate the Alt key with the ⌥ Option key, which has its own symbol, similar to that of the ISO standard.

The Alt key should not be confused with the Altmode key (sometimes also labelled Alt) on some Teletype and ASCII terminals, which is a synonym for the ASCII escape character.