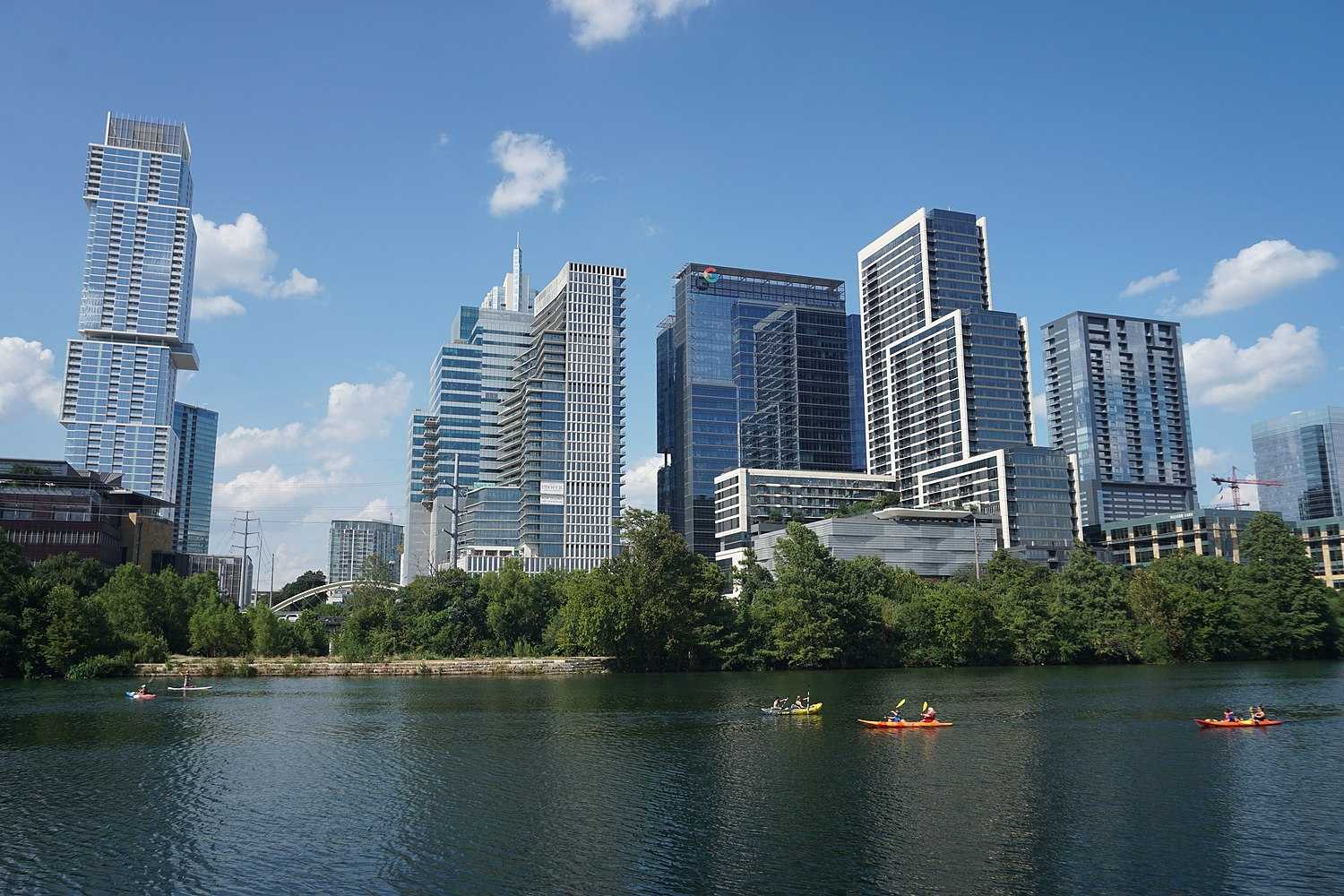 Austin is the capital city of the U.S. state of Texas, as well as the seat and largest city of Travis County, with portions extending into Hays and Williamson counties. Incorporated on December 27, 1839,[7] it is the 11th-most-populous city in the United States,[8] the fourth-most-populous city in Texas, the second-most-populous state capital city, and the most populous state capital that is not also the most populous city in its state.[9] It has been one of the fastest growing large cities in the United States since 2010.[10][11][12] Downtown Austin and Downtown San Antonio are approximately 80 miles (129 km) apart, and both fall along the Interstate 35 corridor. Some observers believe that the two regions may some day form a new "metroplex" similar to Dallas and Fort Worth.[13][14] Austin is the southernmost state capital in the contiguous United States and is considered a "Beta −" global city as categorized by the Globalization and World Cities Research Network.[15]

As of 2021, Austin had an estimated population of 964,177,[3] up from 961,855 at the 2020 census.[16] The city is the cultural and economic center of the Austin–Round Rock metropolitan statistical area, which had an estimated population of 2,295,303 as of July 1, 2020[update], a roughly 84% increase from the year 2000.[17] Located in Central Texas within the greater Texas Hill Country, it is home to numerous lakes, rivers, and waterways, including Lady Bird Lake and Lake Travis on the Colorado River, Barton Springs, McKinney Falls, and Lake Walter E. Long.

Residents of Austin are known as Austinites.[18] They include a diverse mix of government employees, college students, musicians, high-tech workers, digital marketers, and blue-collar workers. The city's official slogan promotes Austin as "The Live Music Capital of the World", a reference to the city's many musicians and live music venues, as well as the long-running PBS TV concert series Austin City Limits.[19][20] The city also adopted "Silicon Hills" as a nickname in the 1990s due to a rapid influx of technology and development companies. In recent years, some Austinites have adopted the unofficial slogan "Keep Austin Weird",[21] which refers to the desire to protect small, unique, and local businesses from being overrun by large corporations.[22] Since the late 19th century, Austin has also been known as the "City of the Violet Crown", because of the colorful glow of light across the hills just after sunset.[23]

In 1987, Austin originated and remains the site for South by Southwest (stylized as SXSW and colloquially referred to as South By), an annual conglomeration of parallel film, interactive media, and music festivals and conferences that take place in mid-March.

Emerging from a strong economic focus on government and education, since the 1990s, Austin has become a center for technology and business.[24][25] The technology roots in Austin can be traced back to the 1960s when Tracor (now BAE Systems), a major defense electronics contractor, began operation in the city in 1962. IBM followed in 1967, opening a facility to produce its Selectric typewriters. Texas Instruments setup in Austin two years later, Motorola (now NXP Semiconductors) started semiconductor chip manufacturing in 1974. BAE Systems, IBM, and NXP Semiconductors still have campuses and manufacturing operations in Austin as of 2022. A number of Fortune 500 companies have headquarters or regional offices in Austin, including 3M, Advanced Micro Devices (AMD), Amazon, Apple, Facebook (Meta), Google, IBM, Intel, NXP Semiconductors, Oracle, Tesla, Texas Instruments, and Whole Foods Market. Dell's worldwide headquarters is located in the nearby suburb of Round Rock.[26] With regard to education, Austin is the home of the University of Texas at Austin, which is one of the largest universities in the U.S., with over 50,000 students.[27] In 2021, Austin became home to the Austin FC, the first (and currently only) major professional sports league in the city.