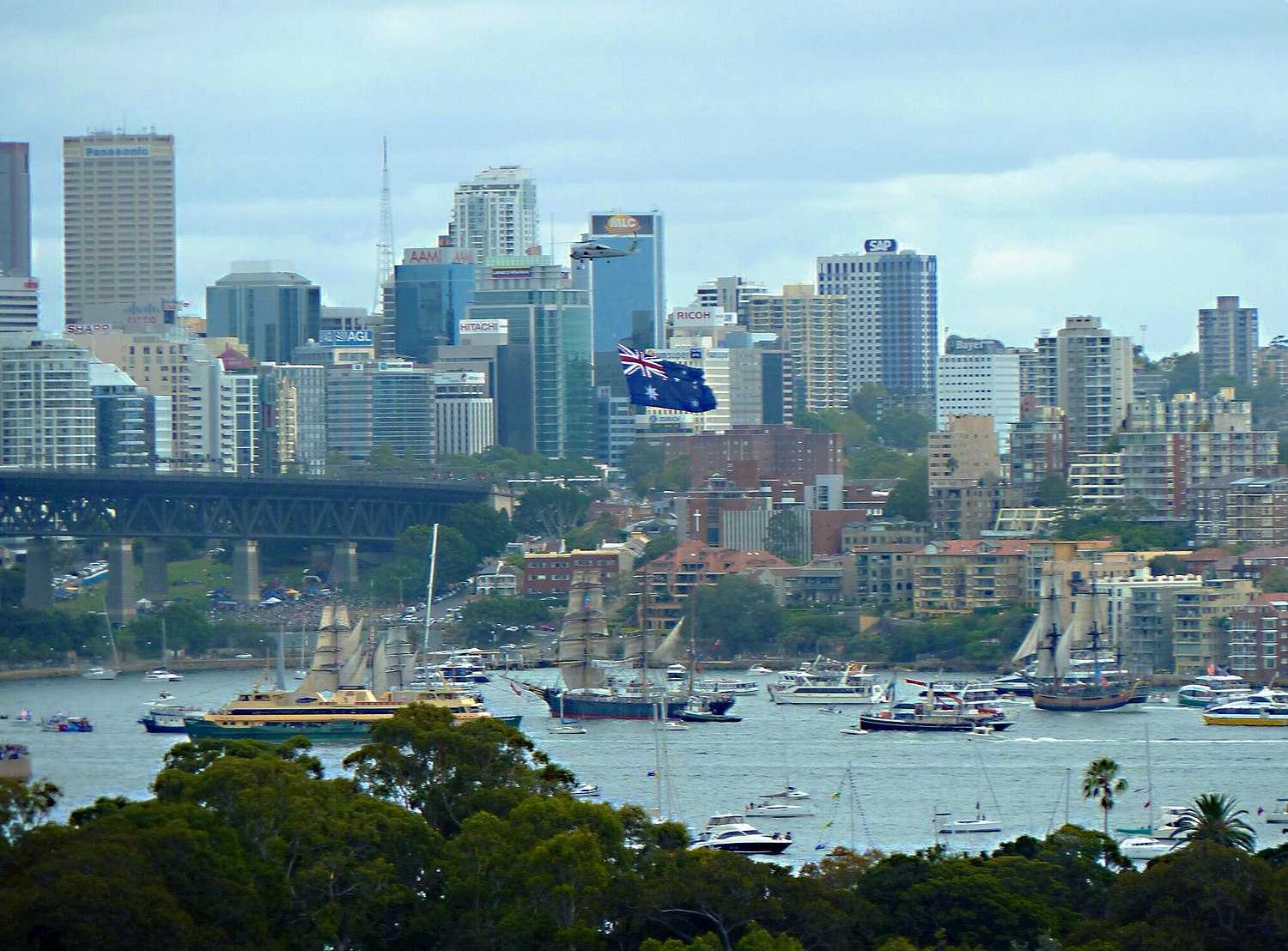 Australia Day is the official national day of Australia. Observed annually on 26 January, it marks the 1788 landing of the First Fleet, and raising of the Union Flag by Arthur Phillip, at Sydney Cove in New South Wales. In present-day Australia, celebrations aim to reflect the diverse society and landscape of the nation and are marked by community and family events, reflections on Australian history, official community awards and citizenship ceremonies welcoming new members of the Australian community.[1]

The meaning and significance of Australia Day has evolved and been contested over time, and not all states historically celebrated the same date as their date of historical significance.[2] The date of 26 January 1788 marks the proclamation of British sovereignty over the eastern seaboard of Australia.[3] Records of celebrations on 26 January date back to 1808, with the first official celebration of the formation of New South Wales held in 1818. It was not until 1935 that all Australian states and territories adopted use of the term "Australia Day" to mark the date of the 1788 landing of the First Fleet at Sydney Cove, and not until 1994 that 26 January was consistently marked by a public holiday on that day by all states and territories.[4] Historically, the date was also variously named Anniversary Day, Foundation Day and ANA Day.[5]

In contemporary Australia, the holiday is marked by the presentation of the Australian of the Year Awards on Australia Day Eve, announcement of the Australia Day Honours list and addresses from the Governor-General and Prime Minister. It is an official public holiday in every state and territory. With community festivals, concerts and citizenship ceremonies, the day is celebrated in large and small communities and cities around the nation. Australia Day has become the biggest annual civic event in Australia.[6]

Indigenous Australian events are now included. However, since at least 1938,[7] the date of Australia Day has also been marked by some Indigenous Australians and supporters mourning what is seen as the invasion of the land – which they had occupied for millennia – by the British and the start of colonisation, protesting its celebration as a national holiday. Invasion Day, Survival Day, or Day of Mourning is observed by many as a counter-observance on 26 January, with calls for the date of Australia Day to be changed[8][9] or the holiday to be abolished entirely.[10][11] Support for changing the date is a minority position; however, polls indicate some support, particularly among Australians under age 30.[12][13][14][15][16][17]