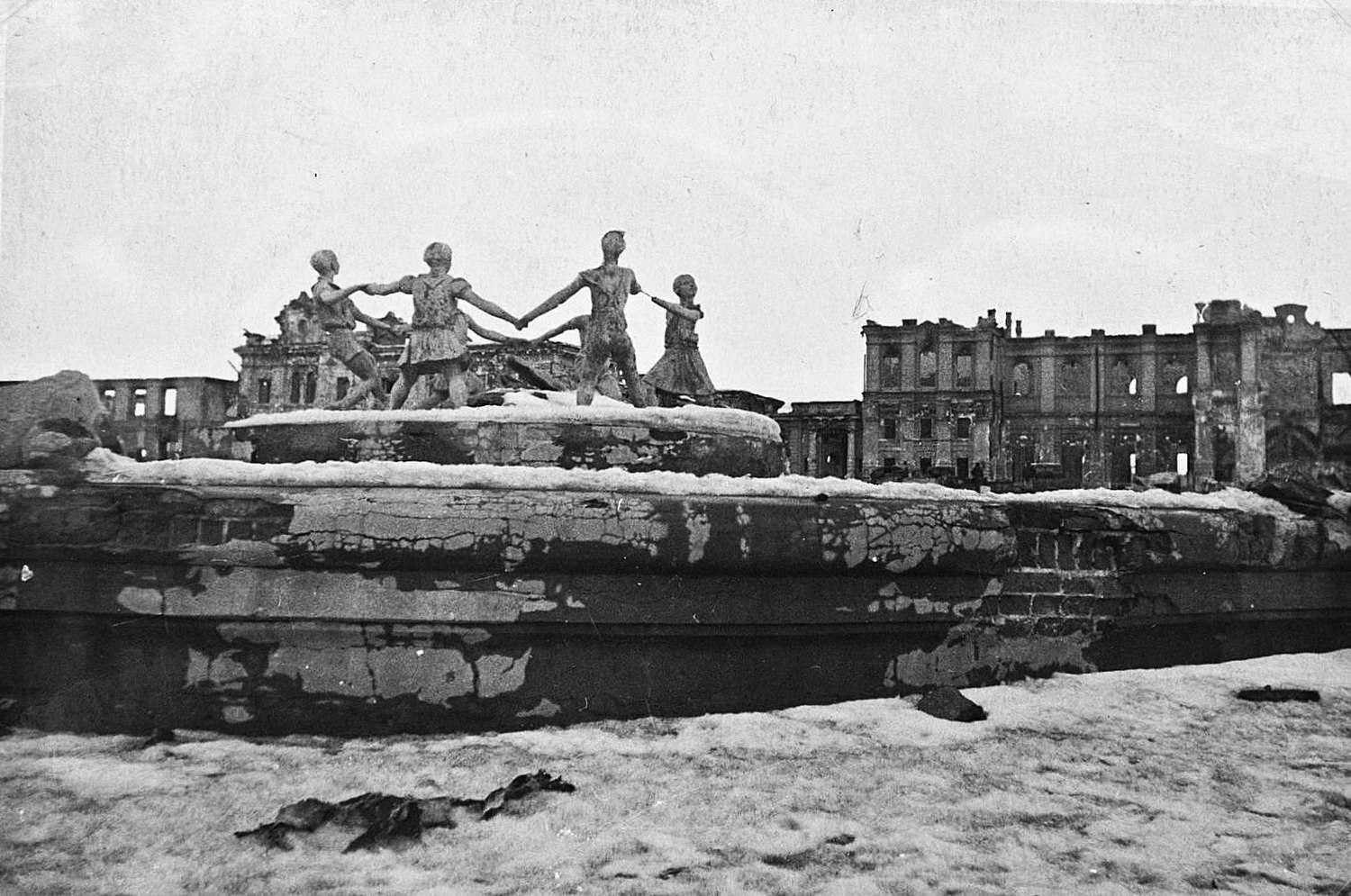 The Battle of Stalingrad (23 August 1942 – 2 February 1943)[16][17][18] was a major battle on the Eastern Front of World War II where Nazi Germany and its allies unsuccessfully fought the Soviet Union for control of the city of Stalingrad (later renamed Volgograd) in Southern Russia. The battle was marked by fierce close-quarters combat and direct assaults on civilians in air raids, with the battle epitomizing urban warfare.[19][20][21] The Battle of Stalingrad was the deadliest battle to take place during the Second World War,[22][23] and is one of the bloodiest battles in the history of warfare, with an estimated 2 million total casualties.[24][25][26] Today, the Battle of Stalingrad is universally regarded as the turning point in the European Theatre of war, as it forced the Oberkommando der Wehrmacht (German High Command) to withdraw considerable military forces from other areas in occupied Europe to replace German losses on the Eastern Front, ending with the rout of the six field armies of Army Group B, including the destruction of Nazi Germany's 6th Army and an entire corps of its 4th Panzer Army.[27] The victory at Stalingrad energized the Red Army and shifted the balance of power in the favour of the Soviets.

Stalingrad was strategically important to both sides as a major industrial and transport hub on the Volga River. Whoever controlled Stalingrad would have access to the oil fields of the Caucasus and would gain control of the Volga. Germany, already operating on dwindling fuel supplies, focused its efforts on moving deeper into Soviet territory and taking the oil fields at any cost. On 4 August, the Germans launched an offensive by using the 6th Army and elements of the 4th Panzer Army. The attack was supported by intense Luftwaffe bombing that reduced much of the city to rubble. Notably, in the early stages of the battle, the Soviets would use human wave attacks to overwhelm German positions.[28][29] The battle degenerated into house-to-house fighting as both sides poured reinforcements into the city. By mid-November, the Germans, at great cost, had pushed the Soviet defenders back into narrow zones along the west bank of the river.

On 19 November, the Red Army launched Operation Uranus, a two-pronged attack targeting the Romanian armies protecting the 6th Army's flanks.[30] The Axis flanks were overrun and the 6th Army was cut off and surrounded in the Stalingrad area. Adolf Hitler was determined to hold the city at all costs and forbade the 6th Army from attempting a breakout; instead, attempts were made to supply it by air and to break the encirclement from the outside. The Soviets were successful in denying the Germans the ability to resupply through the air which strained the German forces to their breaking point. Nevertheless, the German forces were determined to continue their advance and heavy fighting continued for another two months. On 2 February 1943, the German 6th Army, having exhausted their ammunition and food, finally capitulated after over five months of fighting, making it the first of Hitler's field armies to surrender during World War II.[31]