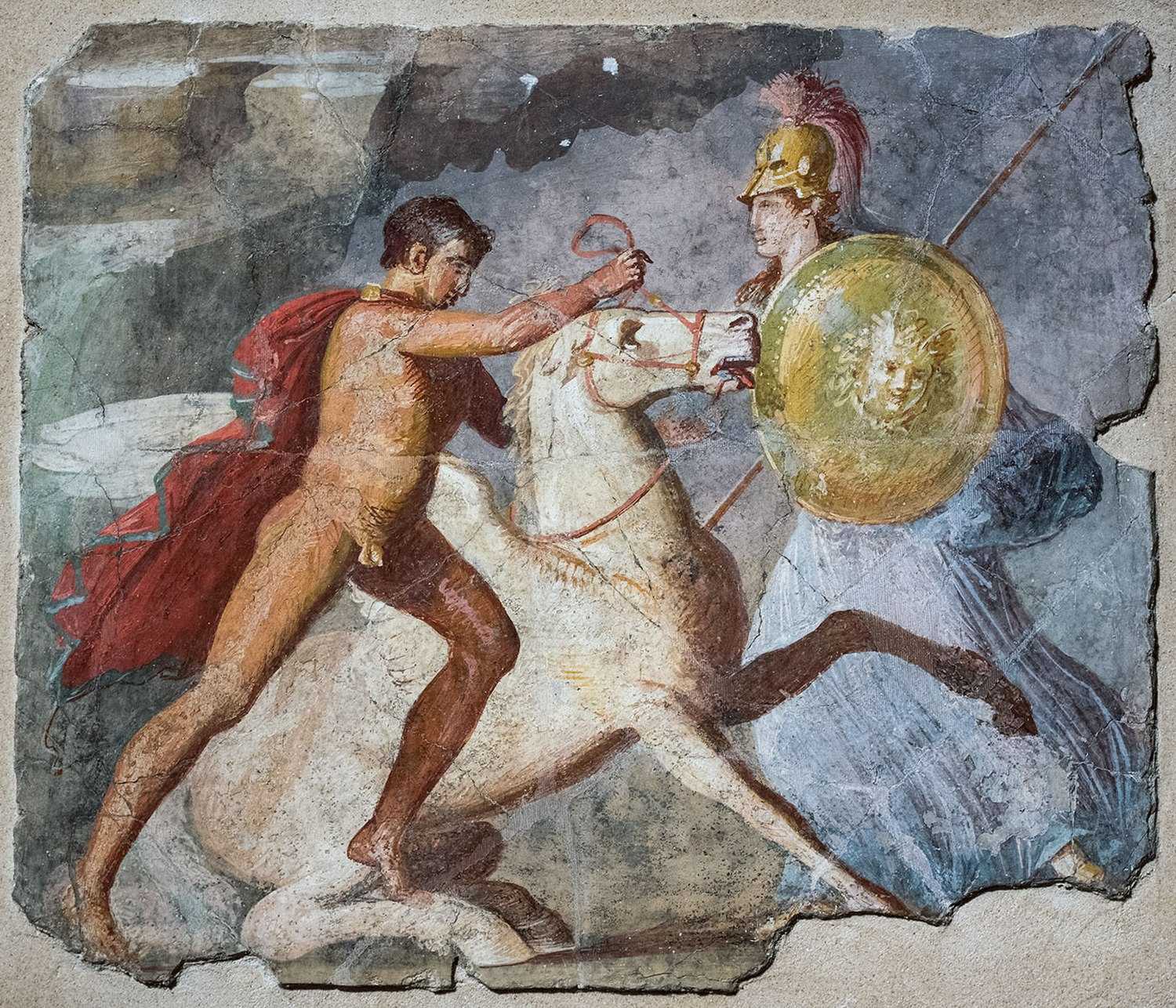 Bellerophon (/bəˈlɛrəfən/; Ancient Greek: Βελλεροφῶν) or Bellerophontes (Βελλεροφόντης)[lower-alpha 1], born as Hipponous,[2] was a hero of Greek mythology. He was "the greatest hero and slayer of monsters, alongside Cadmus and Perseus, before the days of Heracles",[3] and his greatest feat was killing the Chimera, a monster that Homer depicted with a lion's head, a goat's body, and a serpent's tail: "her breath came out in terrible blasts of burning flame."[4]

Bellerophon was also known for capturing the winged horse Pegasus with the help of Athena’s charmed bridle, and earning the disfavour of the gods after attempting to ride Pegasus to Mount Olympus to join them.[5]